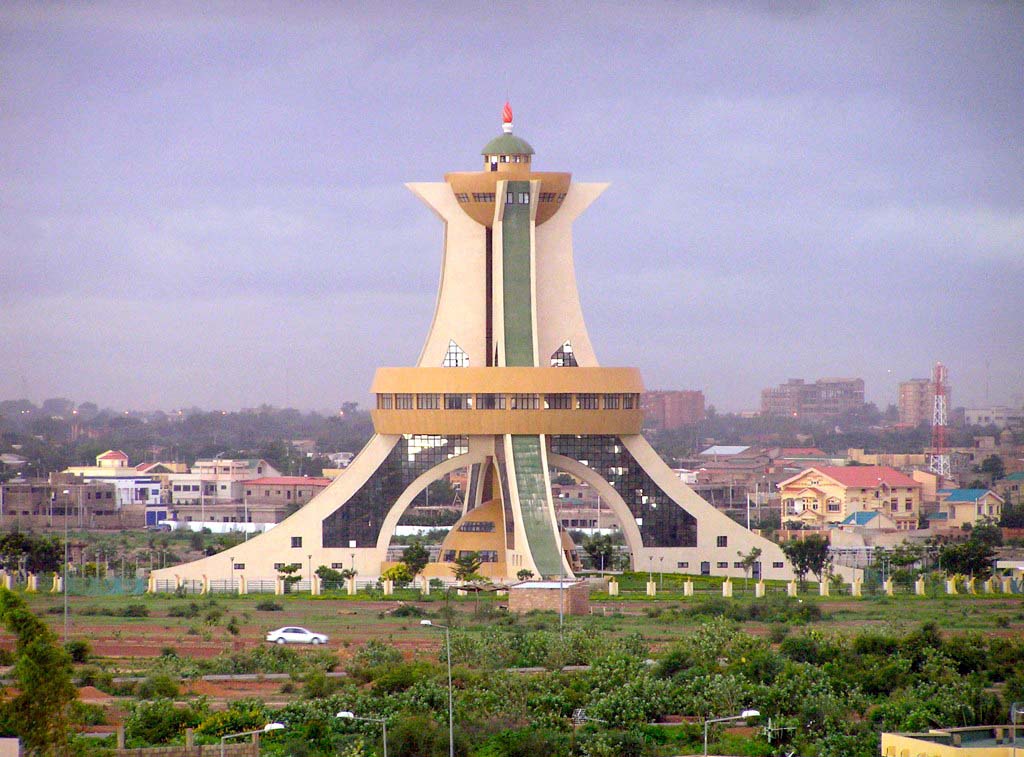 Ouagadougou is the capital and largest city of Burkina Faso. The Mossi people settled Ouagadougou in the fifteenth century. During this period, the Mossi expanded their territorial reach through the region south of the Niger River. By the sixteenth century Ouagadougou was the most powerful Mossi kingdom. Due to its proximity to the White Volta River, Ouagadougou was a vital location for agriculture. In 2003 an estimated 1,000,000 people resided in Ouagadougou.

Per Mossi oral history, the location was originally called Woge Zabra Soba Koumbemb’ tenga. The name means “Honored Chief Zabra Soba’s Village.” Mande-speaking traders changed the name, using Ouaga for “Woge” “and dougou for “village.” By the eighteenth and nineteenth centuries, slavery played an important role in the region. The Mossi used the local population as slaves to work as domestic and agricultural workers.

As European countries staked claims to African territories after the Partition of Africa, France established a foothold in the Mossi region. In 1887 Louis Binger, a French explorer, visited Ouagadougou and noted its suitability for a “labor reserve” for the French. In particular, the French needed labor for cotton cultivation in the Niger River basin. Initially, the Mogho Naaba Wogbo, the Mossi leader, resisted Binger’s overtures to establish the region as a French protectorate. France seized the region by force in 1896. In 1904 the region became a part of the colony Haut-Sénégal-Niger. Although the French officially ended slavery in 1901, thousands in the Upper Volta region were conscripted into the French military and forced to work in the cotton fields. French labor and tax policies led to an anti-tax march in Ouagadougou in 1908, one of the earliest protests of colonial rule.

Ouagadougou’s population grew to nearly 20,000 during World War I. Upper Volta became a separate colony in 1919 and the French established Ouagadougou as its capital.  Thousands were forced to build infrastructure in Ouagadougou. In particular, roads and railroads were constructed to facilitate the cotton trade. As a result of numerous famines and financial difficulties, the French dissolved Upper Volta and transferred its administration to neighboring Côte d’Ivoire, another French colony, in 1932.

Following World War II, Upper Volta was re-established as a separate colony and Ouagadougou again became its capital in 1947. During the 1950s, decolonization fervor spread throughout Africa and Upper Volta became independent from France on August 5, 1960.

Instability and unrest marked the history of Upper Volta until Captain Thomas Sankara of the Upper Volta Army became president in 1983 and instituted widespread reforms such as literacy initiatives and gender equality. In addition, Sankara renamed the country Burkina Faso in 1984.  When political opponents assassinated Sankara in 1987, Blaise Compaoré, Sankara’s fellow Conseil National de la Révolution (CNR) member, became president in 1987. Unrest continued throughout Compaoré’s administration as he attempted to extend his 27 years of rule. In October 2014 hundreds of thousands of protestors gathered in Ouagadougou to demand that Compaoré resign the presidency.  He resigned as president of Burkina Faso on October 31, 2014. Michel Kafando was sworn in as transitional president on November 17, 2014.