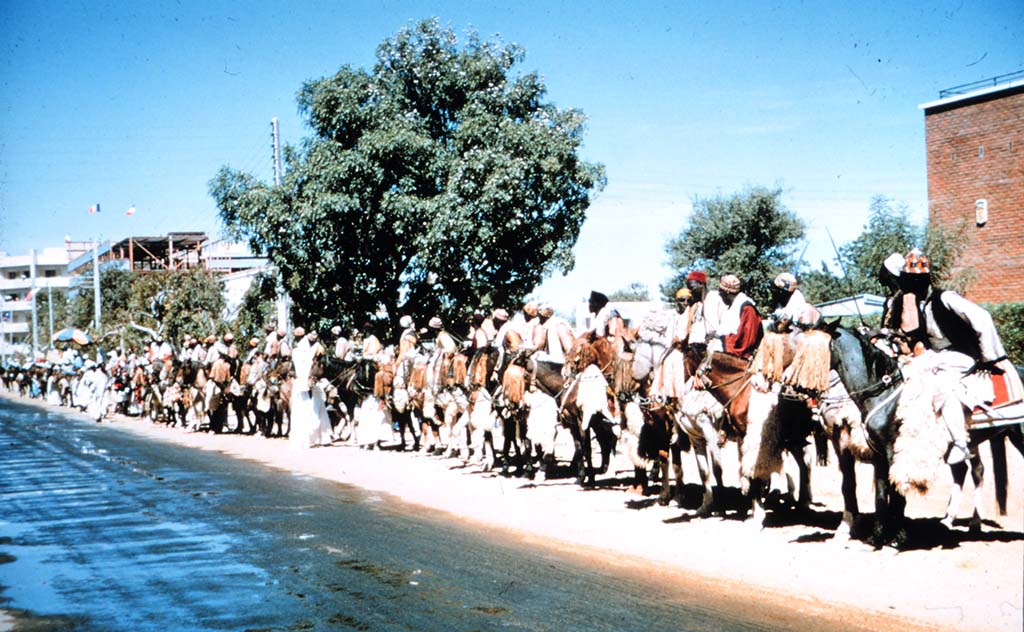 N’Djamena is the capital and largest city of Chad. It was founded in 1900 following the French Army’s defeat of Rabih Al-Zubayr, a slave trader, in the Battle of Kousseri. Following the military victory, the French named the settlement Fort Lamy after Amédée-François Lamy, a French army officer, who died in the battle. Located at the convergence of the Logone and Chari rivers, N’Djamena is close to Chad’s border with Cameroon and 50 miles south of Lake Chad. In 2002 an estimated 600,000 people resided in N’Djamena. Islam is the major religion in N’Djamena as 95% of the population is Muslim.

During the late nineteenth century, Rabih sought to establish sovereignty over Central Africa. By the 1890s he had captured most of the present-day Central African Republic. The French army’s victory in the Battle of Kousseri enabled the French to establish a foothold in the region. As a result, Chad became a part of French Equatorial Africa. The French established Fort Lamy as the colonial capital. Although France established the region as a colony, certain regions of Chad enjoyed near autonomy. For example, the northern region of Chad remained nearly independent and influenced by the Sanusiya, the Muslim theocracy.

Following World War II, France granted more autonomy to its African colonies. For example, Chad and other French colonies gained representation in the French National Assembly. During this period, political parties such as the Union Démocratique Tchadienne (UDT) and Parti Progressiste Tchadien (PPT) formed in Chad. The PPT advocated for independence from France. Chad gained its independence from France in August 1960. François Tombalbaye, a PPT leader, became the first president of independent Chad.

Fort Lamy remained a small town throughout the colonial period. Following independence, however, it experienced rapid growth rising from an estimated 53,000 in 1958 to 130,000 by 1972. In addition, the presence of the cotton, livestock, and fishing industries transformed Fort Lamy into the cultural and commercial center of Chad.

In September 1973, Tombalbaye changed the capital’s name from Fort Lamy to N’Djamena as part of his mission to “Africanize” all French destination names. N’Djamena derived its name from Am-Djamena, a small Kotoko fishing village in Chad.

In 1975, President Tombalbaye was assassinated in a military coup. Although Chad experienced civil unrest and authoritarian rule through the late twentieth century, N’Djamena’s population grew through the 1970s and 1980s. Meat processing is the leading industry in N’Djamena. The city is also an important transportation hub for Chad’s transportation networks.

Idriss Déby became the president of Chad in 1990 and remains in power. Déby has continued the autocratic rule of his predecessors. The long-standing instability and strife heavily damaged the infrastructure in N’Djamena. Chad remains one of the poorest countries in the world.