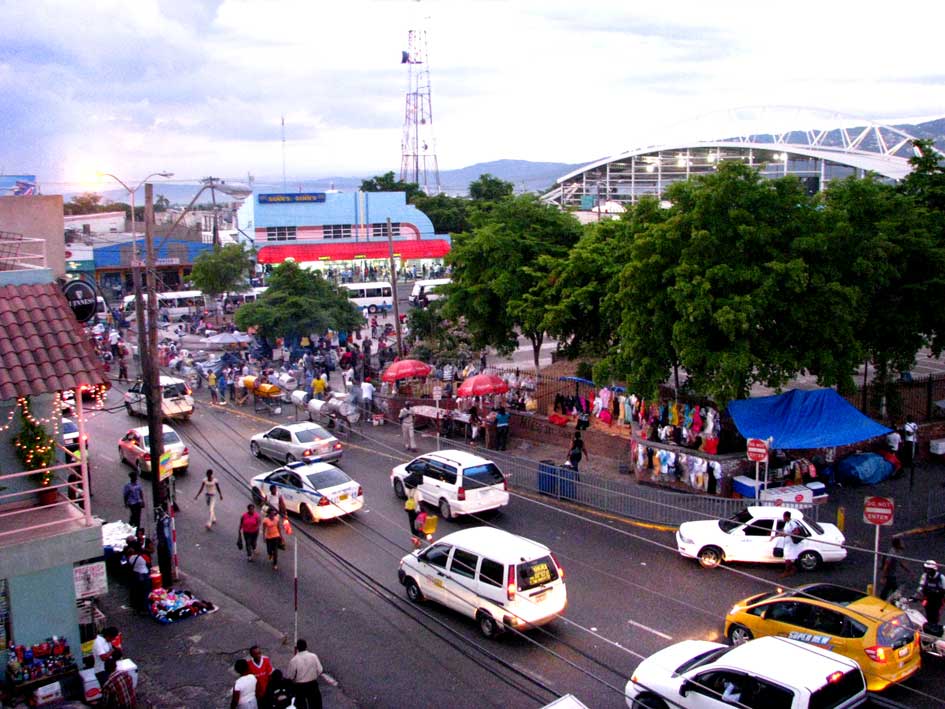 Kingston, the capital of Jamaica, was founded in July 1692 when an earthquake destroyed the nearby city of Port Royal. The most recent census puts its population at 937,700. Today Kingston is the center of trade, manufacturing, and shipping for the entire nation of Jamaica.

Before the 1692 earthquake, Port Royal, founded in 1518 by the Spanish on a spit of land off what is now Kingston Harbor, and captured by the English in 1655, was the major city in the area. The earthquake and tsunami killed nearly two thousand of the town’s six thousand people.  Most of the survivors moved inland to the other side of the harbor and founded Kingston.

Kingston was the largest town in Jamaica by 1716, and due to its deepwater harbor it was also the center of trade for the entire British colony.  In 1775 Sir Charles Knowles, the British governor of the Colony, moved all government offices from nearby Spanish Town to Kingston.  Three years later Kingston had a population of 26,478, which included 16,659 enslaved people. Slavery existed in Jamaica until 1833. Kingston was declared the official capital of the Colony of Jamaica in 1872.

In 1907 Kingston was struck by an earthquake that killed over 800 people and destroyed nearly all of the buildings in the center of the city.  That quake led to a three-story height restriction on all central business district structures and the requirement that they be built in reinforced concrete.

In 1914, two young Jamaicans, Marcus Garvey and his wife Amy Ashwood Garvey, founded the Universal Negro Improvement Association in the Kingston Market section of the city. Although Garvey left Jamaica two years later for the United States where he settled in New York, New York, the Kingston-born UNIA eventually became the largest organization in the world composed of people of African ancestry.

By the 1930s Kingston residents formed a trade union movement that eventually became the driving force in the Jamaican independence campaign. In 1948 the city became the site of the Mona Campus of the University of West Indies, the first institution of higher learning in Jamaica.

When independence came in 1962, Kingston remained the capital of the new nation. At the time its population was estimated at 350,000.  By that point the height restrictions were lifted and “New Kingston,” a downtown development of high-rise office buildings, became the financial center of the island, while uptown became the site of Parliament and other government buildings.

By the early 1970s reggae music emerged from Trench Town, a Kingston slum that produced singers such as Bob Marley and Jimmy Cliff. The name of the slum came from local residents who described the unpaved streets without sidewalks as trenches.  Another Kingston residential section, Tivoli Gardens, became infamous as the scene of a May 27, 2010 massacre by Kingston police and Jamaican soldiers who killed 76 residents while searching for reputed drug lord Christopher “Dudus” Coke.

Although people of African ancestry are the vast majority of Kingston’s citizens, there are significant minorities of East Indians and Chinese, Syrian, and Lebanese residents. Edward Seaga, a Jamaican of Lebanese descent, served as the nation’s fifth Prime Minister from 1980 to 1989.

Kingston attractions include the Museum of Jamaican Art, Emancipation Park, Mandela Park and the 2,000 acre Hope Royal Botanical Garden.  The Bob Marley Museum located in uptown Kingston is the singer’s former residence. The Athletic Track and Field Training Area was the site where world famous athletes such as Usain Bolt and Shelly Ann Fraser-Price trained before winning their Olympic gold medals.