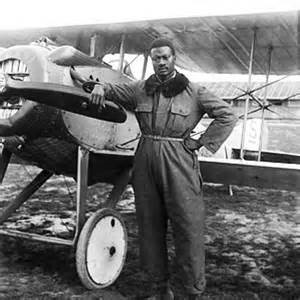 Pierre Réjon was born on June 29, 1895, at Trinity on the West Indian island of Martinique.  After excelling in schools in Martinique, he went to Metropolitan France in order to study engineering at the Ecole des Arts et Métiers in Paris in 1914. A few months after his arrival, World War I began.

On August 22, 1914, Réjon volunteered in the 33rd Infantry Battalion in the French army. He was immediately sent to Istres, a city in the south of France, for training, and was promoted to second lieutenant in 1915. In July 1917, he became a student in the French military air academy. After few months of training, he obtained his degree on September 26, 1917, and became a military pilot on December 1917. Réjon was assigned to Squadron N160 and then Squadron N64 where he piloted a “Nieuport” fighter plane. Finally, in June 1918, he was assigned to squadron SPA 62, which was known as the squadron of cocks, where his aircraft was a “Spad VII.”

Réjon named his aircraft “Zaza” in memory of his beloved younger sister, Isadie Réjon, because he believed it would bring him luck against his enemies. Proving himself both a reckless and talented military pilot, Réjon was shot down three times, but in each instance he survived. Réjon damaged eleven German aircraft in combat, destroying (shooting down) four of them.

Pierre Réjon’s aerial success was recognized by La France colonial, a World War I-era newspaper, which wrote about his remarkable courage on November 23, 1918. The General Order, a military newspaper, wrote on September 20, 1918, that Réjon was a “Pilot of an indomitable courage” who on August 10 flew 12km behind enemy lines, engaged a very hard fight against opponents superior in number, and shot down a German aircraft. At the end of the conflict, Réjon was awarded the French Croix de Guerre with Bronze Palm and the Belgian Croix de Guerre.

At the end of the World War I, Pierre Réjon left the army. However, he did not return to study engineering. He died in a plane crash on August 15, 1920, while flying over French Guyana. He had just celebrated his twenty-fifth birthday.