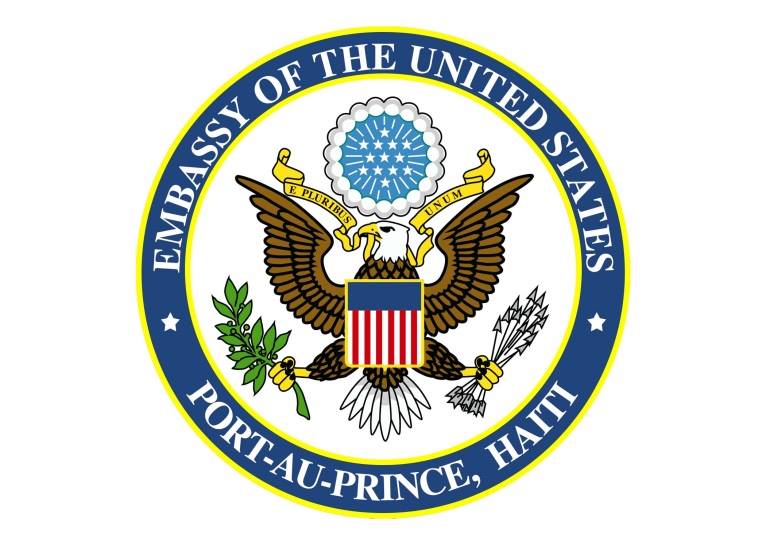 In the article below, Carlton McLellan, PhD, a senior fellow at the Association for Diplomatic Studies and Training (ADST), briefly describes the history of the more than one hundred and forty black women and men who have led diplomatic delegations as U.S. Ambassadors in ninety-five nations around the world.

Since 1949, 149 black Americans have served as U.S. ambassadors. Prior to 1949, they had served as official U.S. diplomats as ministers, envoys, Foreign Service officers, or consuls as far back as the mid-nineteenth century. Some historians claim the first black American diplomat was Ebenezer Don Carlos Bassett, who was appointed minister to Haiti by President Ulysses S. Grant in 1869, but others have suggested it was William Alexander Leidesdorff, who was appointed vice consul in Yerba Buena, Mexico, (today’s San Francisco) on October 29, 1845. Basset was appointed by a U.S. president whereas Leidesdorff was appointed by the Tomas O. Larkin, the U.S. consul in Monterey, Mexico. Regardless of whose argument one accepts, or what interpretation of a diplomat these instances utilize, it is clear that black Americans’ official involvement and leadership as representatives of the country in its relations with foreign nations began well before the twentieth century.

No account of black American history in U.S. foreign and diplomatic affairs would be complete without reference to certain trailblazers like Frederick Douglass, Dr. Ralph Bunch, General Collin Powell, or Dr. Condoleezza Rice. Dr. Bunche is perhaps the most prominent twentieth-century example of this elite class of black diplomatic leaders. He won the 1950 Nobel Peace Prize for his efforts in mediating a series of armistice agreements between four Arab states (Egypt, Jordan, Lebanon, and Syria) and Israel. During his career at the United Nations, Dr. Bunche also played a significant role in mediating several other international conflicts and developing international peacekeeping techniques and policies. Although he never held the official title or rank of U.S. ambassador, he certainly positively impacted the road that later black ambassadors would follow.

Since 1893 when the title of ambassador was first officially used in U.S. diplomatic history, there have been more than two thousand two hundred Americans who have held this title and rank. Only 149 of those have been black Americans. The first American ambassador of African descent was Edward Dudley who at age thirty-eight was first appointed by President Harry Truman as minister to Liberia. Upon elevation of that mission to full embassy status, Dudley was elevated to the rank of U.S. ambassador to Liberia in 1949. Every U.S. president since then has appointed at least one black American as a U.S. ambassador.

As ambassadors, black Americans have been appointed to lead U.S. diplomatic delegations in ninety-five nations. They have also represented U.S. interests before the United Nations and other international or regional organizations, and have led the strategic initiatives to combat terrorism, prosecute war crimes, promote trade, and promote religious freedom. At least forty have been appointed on two or more different occasions to multiple postings, bringing the total amount of times a black American has successfully been appointed to a total of 209. Click here for a full listing of all 149 black American ambassadors. Included among their ranks are fifty-two women and ninety-seven men, with their ages at the time of their appointments ranging from thirty-eight to seventy-two years old. These included the eldest, George Haley, age seventy-two (The Gambia, 1998) and youngest at age thirty-eight, which included Edward Dudley (Liberia, 1949), Anne Forrester Holloway (Mali, 1963), and, J. Steven Rhodes (Zimbabwe, 1989).

As Table 2 below illustrates, the decade between 2000 and 2009 was the ten-year period where the most black Americans were appointed as ambassadors and accredited to specific countries or international organizations.

No other region comes close in representation. Black ambassadors have served on fifteen occasions in East Asia and the Pacific, fifteen occasions at various posts in the United Nations or other international organizations, fourteen occasions in Europe and Eurasian countries, twelve in Caribbean countries, nine in countries of Central and South America, seven in countries in the Near East/North Africa, and six at-large or other ambassadorial appointments. With only three black Americans serving as ambassadors, South and Central Asia is the world region that has seen the least number of black Americans as ambassadors: Harry Thomas Jr. (Bangladesh, 2003), Pamela Spratlen (Kyrgyzstan, 2011), and Marcia Bernicat (Bangladesh, 2014).

Several of the black American ambassadors had broad range in terms of the geographic space they covered as ambassadors. For instance, three were appointed to countries in three different regions:

While all black U.S. ambassadors have served the interests of the United States and carried out the foreign policy directives of the presidents who appointed them, some have had unusual backgrounds, experiences, or opportunities. Clifton R. Wharton Sr., for example, was the first black American to be appointed ambassador to a non-black nation when he was assigned to Norway in 1961. Patricia Roberts Harris, who was appointed ambassador to Luxembourg in 1965, was the first black woman to hold an ambassadorship. Hugh Smyth (Syria, 1965, Malta, 1967) and Mabel Smyth (Cameroon and Equatorial Guinea, 1977) are the only black husband and wife to have served as ambassadors. Ulric Haynes Jr., while serving as U.S. ambassador to Algeria (1977-1981), was instrumental in the negotiations that ultimately led to the 1981 release of American hostages in Iran during the well-documented Iranian hostage crisis. James Joseph was the only U.S. ambassador to South Africa (appointed 1995) who had the honor of presenting his diplomatic credentials to President Nelson Mandela, South Africa’s first democratically elected president. George Haley, who was appointed ambassador to Gambia in 1998, was assigned to the nation his older brother, Alex Haley, claimed as the family’s African ancestral home in his 1977 autobiography Roots.

Prior to his ambassadorial appointment, Pierre-Richard Prosper (ambassador-at-large, Office of War Crime, 2001) served as one of two prosecutors on the United Nations International Criminal Tribunal for Rwanda from 1996-1998 where they were responsible for getting sexual violence and rape, in particular, classified as war crimes for the first time in history. Betty King, while serving as U.S. representative to the Economic and Social Council of the United Nations (USUN/ECOSOC) was the principal U.S. negotiator on the Millennium Development Goals (MDG), a global agreement to reduce poverty, and the benchmark against which all subsequent international development activities are now measured. Cleveland’s first black mayor, Carl Stokes, served as U.S. ambassador to Seychelles beginning in 1994, nearly three decades after his election. Diane Edith Watson served as ambassador to Micronesia before being elected to the U.S. Congress from South Central Los Angeles. Sadly, Ruth V. Washington was appointed U.S. ambassador to Gambia in November 1989 but died in an automobile accident in January 1990 before she arrived in the nation.

The people described in this essay illustrate the wide-ranging backgrounds of the 149 black Americans who have represented the United States as ambassadors. Their professional diversity, common capacity for leadership, and varying personal characteristics suggest that their stories as American leaders, appointed by the highest levels of the U.S. government, may be valuable to those interested in leadership studies, inspirational stories of achievement and success, or overcoming life’s challenges. Their achievements and contributions also offer an excellent opportunity for those interested in black leadership and contributions to learn the role African Americans have played for more than one hundred and fifty years on the global diplomatic stage.