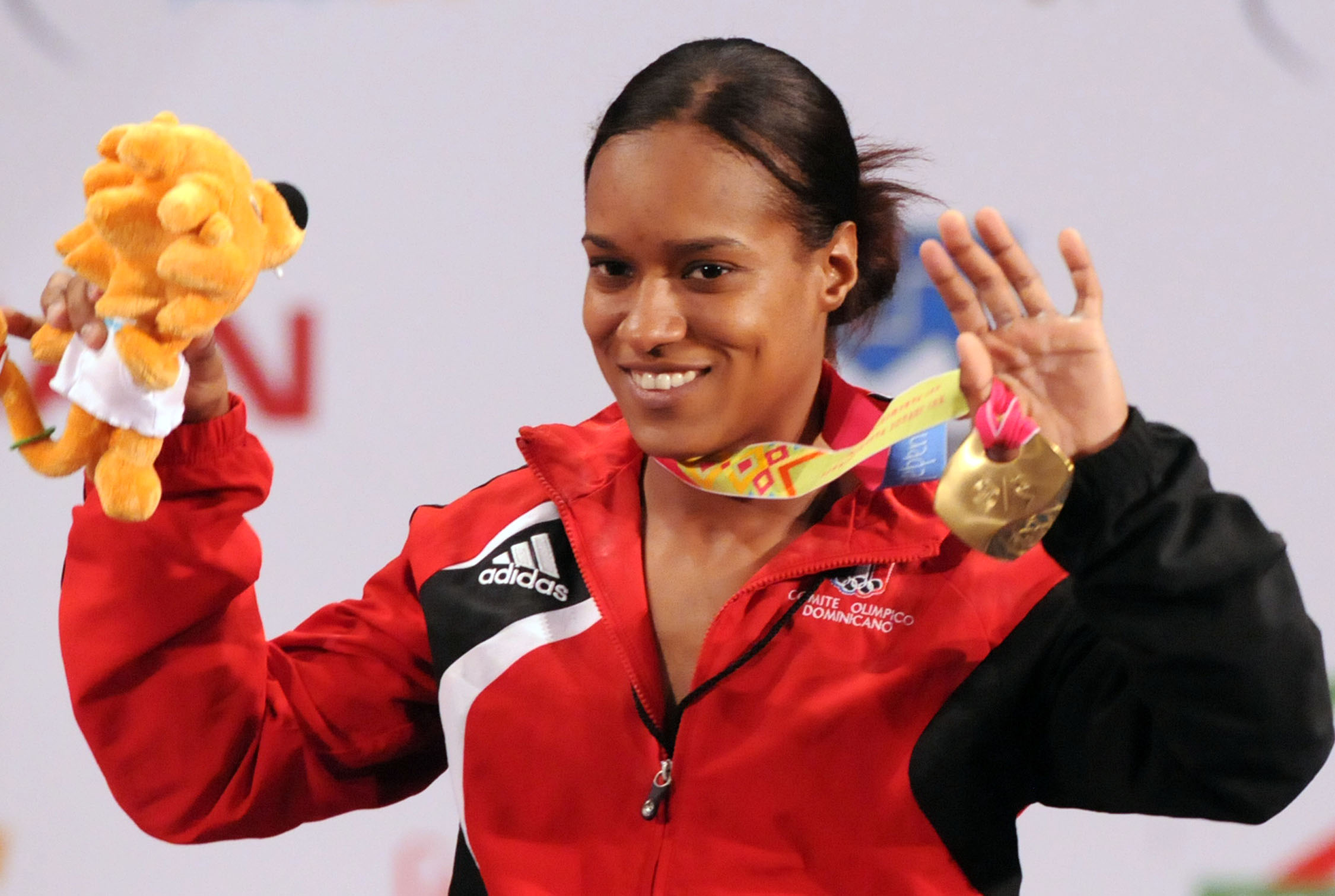 Multiple-winning woman medalist Yuderqui Contreras was born Yuderqui Maridalia Contreras on March 27, 1986, in San Pedro De Macoris, Dominican Republic. She is also known as Yudelkis Contreras. The fourth child of five children of Eridania Contreras and Arístides Sánchez Reyna, her early education began at Escuela Primaria Ana Josefa Puello in San Pedro de Macoris. She attended Cenapec High School in San Cristóbal, where she participated in track and field and started weightlifting at 14. She graduated in 2003.

Contreras was a silver medalist in 2003. In 2005, she was awarded the Dominican Republic Athlete of the year and became the second weightlifter from her country to win a medal at the World Weightlifting Championships, following Eridania Segura. In 2006 Contreras was also a Central American and Caribbean Games gold medal winner. In 2007 and 2011 she received gold medals in the Pan American Games.

A member of the combined national military of the Dominican Republic, Contreras was promoted from Army sergeant major to second lieutenant in 2011. In addition, she studied accounting at Universidad Nacional Pedro Henríquez Ureña, a private institution in Santo Domingo.

As of 2012, Contreras has been awarded Female Weightlifting Athlete of the Year six times and her second time receiving the Dominican Republic Athlete of the year. She also represented the Dominican Republic in weightlifting at the 2012 Summer Olympics. That next year, 2013, she was recognized as athlete of the year in weightlifting by the National Olympic Committee. She was the only woman given that award by the Guild of Sports Writers. In 2014, Contreras participated in the World Weightlifting Championships held in Almaty, Republic of Kazakhstan, and in 2015 she traveled Pan American Games in Toronto, Canada. She ranked ninth with 95 kilograms (209.439 pounds) in snatch, 116 kilograms (255.736 pounds) in clean and jerk and 211 kilograms (465.175 pounds) in total.

Yuderqui Maridalia Contreras is a trailblazing record holder in weightlifting and has been a recognized force for women globally. She is married to José Ariel Peña. Her coaches were Felix Ogando Hector Dominguez.