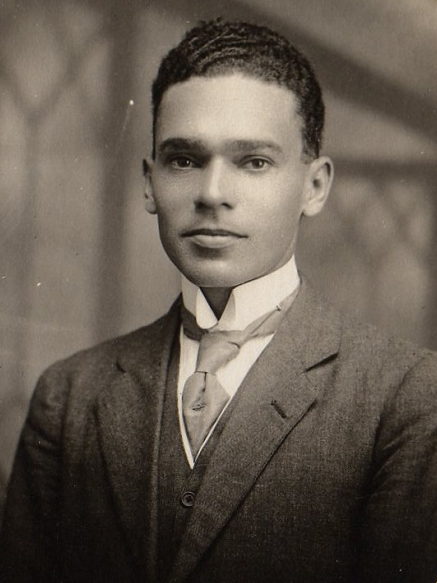 William Robinson Clarke was a famous World War I airman. He was the first Black pilot to fly for the United Kingdom. Clarke was born in Kingston, Jamaica on October 4, 1895 to Eugenia Clarke. Jamaica was a which British colony at the time.

World War 1 broke out in 1914 in Europe. In 1915, at the age of 19, William (“Robbie”) Clarke purchased his own ticket (£150) to England to enlist in the war effort. He joined the Royal Flying Corps (predecessor of the Royal Air Force) in July, 1915. While posted in France, he initially worked as a mechanic. However, he was determined to fly. In December 1916 Clarke was accepted for pilot training in England.

In April 1917 Clarke earned his “wings” and was promoted to Sergeant. In May he was posted to Belgium where he flew biplanes along the Western Front. On July 28th while flying a reconnaissance mission over Ypres, five miles on the German side of the lines, he and his observer, Second Lieutenant F. P. Blencowe, were attacked by German scouts. He recalled the experience in a letter to his mother,

“I was doing some photographs a few miles the other side when about five Hun scouts came down upon me, and before I could get away, I got a bullet through the spine. I managed to pilot the machine nearly back to the aerodrome, but had to put her down as I was too weak to fly any more … My observer escaped without any injury.”

Clarke managed to fly back to his base where he crash-landed behind Allied lines near Godewaersvelde. Although he had lost consciousness and was severely wounded, he recovered from these injuries. He was regarded as a War Hero in Britain and Jamaica. Clarke was awarded the Silver War Badge by the British.

After this incident Clarke’s injuries prevented him for piloting planes. Once recovered, he returned to duty as a mechanic with the No. 254 Squadron in England.

In 1919 Clarke was discharged from the military. He returned to Jamaica where he had a successful career in the building trades. He addition to being the first Black pilot to fly for Britain he was one of the first people to learn to drive an automobile in Jamaica.

William Robinson Clarke died April 26, 1981 at the age of 85 and is buried at Military Cemetery at Up Park Camp, Jamaica.