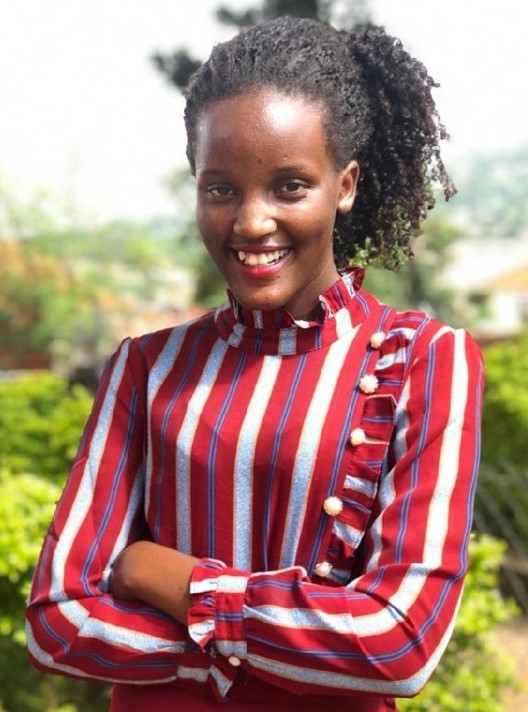 Vanessa Nakate is a Ugandan climate activist who led Uganda’s First Fridays for Future climate strikes and founded Youth for Future Africa and Rise Up Climate Movement to address climate concerns in the African continent and world at large.

Nakate was born on November 15, 1996 and grew up in the Kitintale neighborhood of the Ugandan capital city, Kampala. She graduated from Makerere University Business School with a degree in Business Administration in 2018. After finishing her schooling, she began researching the different issues impacting her country and found climate change to be the most gripping problem. Given that Africa produces 2-3% of global carbon emissions but is the continent most vulnerable to the effects of climate change, Nakate believes this is more reason to act. From long drought spells in Northern Uganda to a high prevalence of landslides and floods in Eastern Uganda, Nakate realized how localized and devastating the issue of climate change is and decided to become a voice in the movement towards climate justice.

In 2018, she protested outside the parliament of Uganda for several months alone. She used social media to spread word on the urgency of climate problems facing her region, and other youth eventually joined her to raise awareness about Congo’s rainforest, which is facing vast deforestation. In rural schools, Nakate spearheaded a project that provides solar installation and eco-friendly stoves because those communities would otherwise be unable to afford those energy sustainability tools.

In 2019, she was chosen to speak at the UN Climate Change Conference (COP25) in Spain. Later in 2020, she joined forces with other climate activists from around the world to camp outside in the freezing cold of Switzerland at the World Economic Forum’s annual meeting in Davos. The group also published a letter calling on participants of the World Economic Forum to stop subsidizing fossil fuels. The Associated Press snapped a photo of the activists and wrote an article about the matter, but Nakate was cropped out of the image and not included in the article. She took to her frustration to her Twitter platform where she lambasted racism in the media, saying that the AP’s actions did not just erase her but that they erased an entire continent. The incident went viral on the internet and she received international outpouring support and solidarity from other activists. This put new eyes on the African climate movement and its activists so Nakate looks back on it favorably.