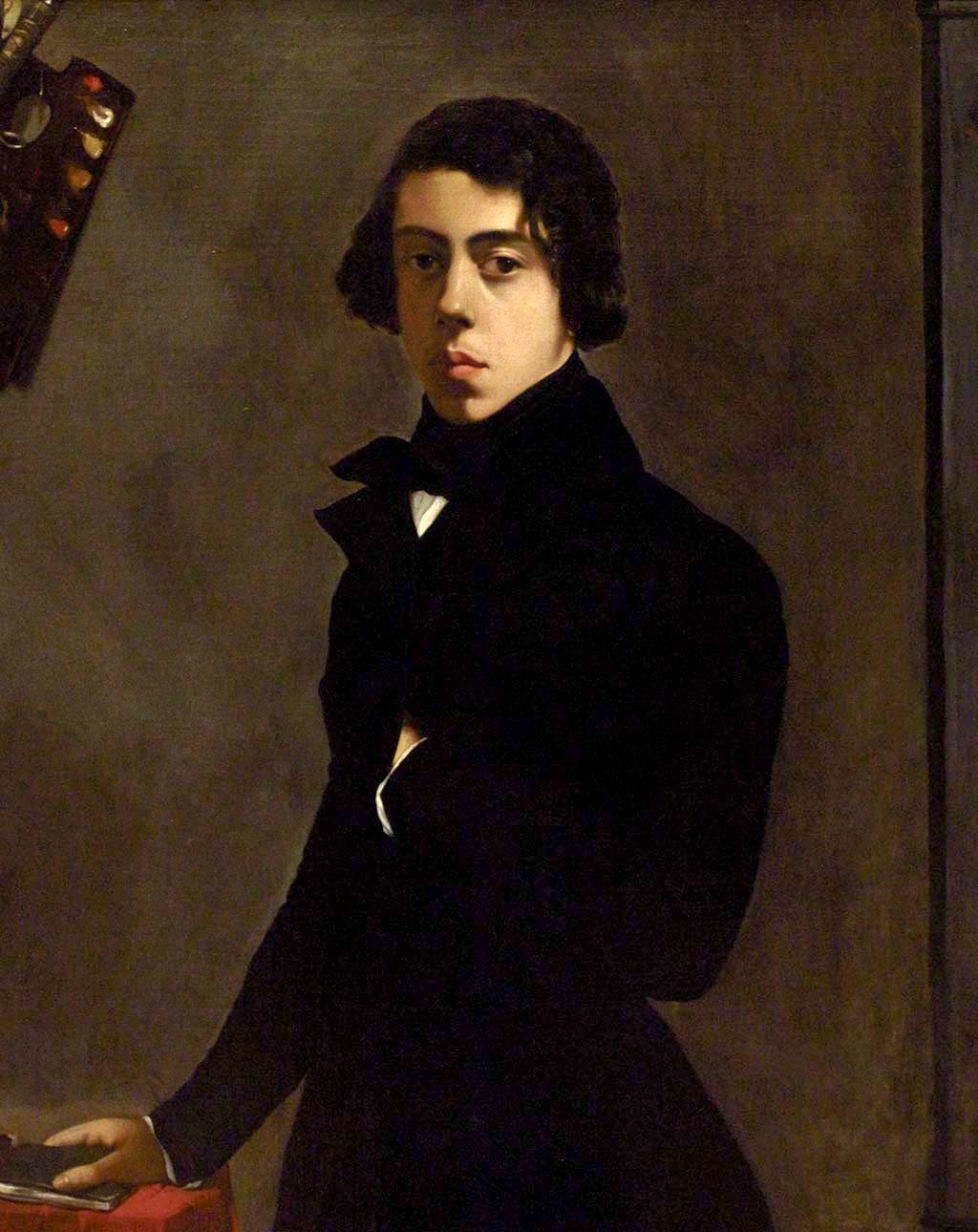 Théodore Chassériau was perhaps one of the most talented but less celebrated artists of the 19th century. Born on September 20, 1819 in El Limón, a provincial town in the Dominican Republic, Chassériau was the son of Benoît Chassériau, a French diplomat and bureaucrat, and Maria Magdalena Couret de la Blagniére, a mulatto woman from Haiti. His mother was also the daughter of a wealthy French landowner who migrated to the Spanish colony on Hispaniola during the turbulent Haitian Revolution. A year after his birth, the family relocated to Paris, France.

At an early age, Chassériau demonstrated an extraordinary gift for pencil drawing. By eleven years old, the renowned neoclassical painter Jean-Auguste-Dominique Ingres took him under his wings. The young apprentice was then tutored by the French Romantic painter Eugène Delacroix. Reflecting both the artistic tropes of ancient Greece and Rome that inspired neoclassicism and the “story painting,” Chassériau formally introduced himself to the art world at age seventeen with his first exhibition at the Paris Salon in 1836.

Early in his career, he excelled in painting nudes. He also engaged in another specialty, portraiture, a favorite of genteel society. His portraitures included the dual portrait of his actual siblings titled The Two Sisters (1843) and that of diplomat-historian Alexis de Tocqueville (1850), Mademoiselle de Cabarrus (1848), and cleric Jean Baptiste Henri Lacordaire (1841). He also depicted historical, biblical, literary, and mythical events such as Punishment of Cain (1836), Andromeda Chained to the Rock by the Nereids (1840), Esther Preparing to be Presented to King Ahasuerus (1841), Apollo and Daphne (1845), Arab Tribal Chiefs in Single Combat (1852), The Tepidarium (1853), Macbeth and Banquo Meeting the Witches on the Heath (1855), and Suzanne and the Old Men (1856).

Although Chassériau traveled to Italy, the life and culture of the peoples of North Africa and the Middle East captivated him more. These particular places figure prominently and frequently in his paintings. He occasionally painted black Africans, most notably Study of a Nude Negro (1838) and two portraits titled Head of a Negro (dates unknown). It has been suggested by scholars that his fascination with Moors, Jews, and perhaps even Africans was not only because they represented a connection to ancient times or classical culture but also he was attracted to what seemed exotic as a foreign-born person. Théophile Gautier, a leading French art critic of the 1800s, referred to him as “an Indian who did his studies in Greece.”

Chassériau, unmarried, died in Paris on October 8, 1856 after contracting a serious illness. He most likely would have achieved greater recognition had he not died prematurely at age 37. Today his work is recognized across the world. Substantial museums with works by Chassériau in their collection include the Louvre (Interior of the Arab School in Constantine), Palace of Versailles (Portrait of Ali ben Ahmed), Dallas Museum of Art (Battle of Arab Horsemen Around a Standard), New York’s Metropolitan Museum of Art (Portrait of the Countess of La Tour Maubourg), Philadelphia Museum of Art (Portrait of Mme Borg de Balsan), and the J. Paul Getty Museum in Los Angeles (Portrait of Raymond de Mangnoncourt).
He was buried in the Cimetiere de Montmartre (Montmartre Cemetery).