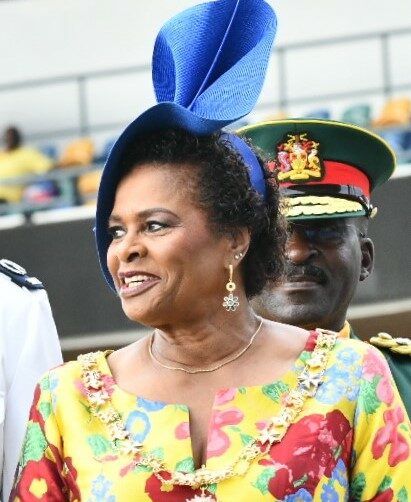 Her Excellency, The Most Honorable Dame Sandra Prunella Mason, is the first President of the Republic of Barbados. Mason was born on January 17, 1949, in East Point, Saint Philip, Barbados. Her early education began at St. Catherine’s Primary School in 1955, and she left in 1959. However, she received her high school diploma from Queen’s College in England, receiving seven General Certificate of Education (GCE) Ordinary Level qualifications and Advanced level qualifications in French and English.

Mason then began teaching at the Princess Margaret Secondary School in Surrey, British Columbia, Canada, in 1968. In 1973, she earned a Bachelor of Laws degree from the Faculty of Law of the University of the West Indies (UWI) at Cave Hill. Two years later, in 1975, she obtained a Legal Education Certificate from Hugh Wooding Law School in Trinidad and Tobago and was admitted to Barbados Bar Association, thus becoming the first Barbadian female Attorney-at-Law to have graduated from the Law School. She worked as a Trust Administrator with Barclays Bank Dominion, Colonial, and Overseas, Barbados, until 1976. In 1978, she was the Juvenile and Family Court Magistrate and taught in the Faculty of Law at UWI.

For one year, 1993 to 1994, Mason served as Barbados’ ambassador to Venezuela, Chile, Colombia, and Brazil. Between 1994 and 1997, Mason was Chief Magistrate for Barbados and served simultaneously as the Registrar of the Supreme Court.

Mason completed a course in Alternative Dispute Resolution at the University of Windsor, Orléans, Ontario, Canada, and at The Stitt Feld Handy Houston ADR Ltd. in 2000, the largest provider of dispute resolution services globally.

In 2008, Mason became the first woman Appeals Judge to serve on the Barbados Court of Appeals. For a brief time, in 2012, she was Acting Governor-General of Barbados. Two years later, in 2014, she became the first Barbadian appointed a member of the Commonwealth Secretariat Arbitral Tribunal, based in London, England, where she resolved contract disputes between Commonwealth countries. 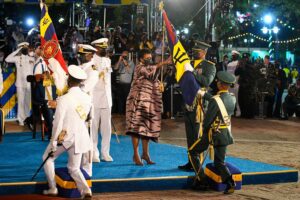 In 2018 at London’s Buckingham Palace, Mason was made a Dame Grand Cross of the Order of St. Michael and St. George. In 2021, she became Barbados’ first president as the nation transitioned from a constitutional monarchy, 55 years after the anniversary of independence from Britain. From 2018 to 2021, Dame Mason was Barbados’s eighth and final governor-general. She secured two-thirds of the votes in Barbados’ Senate and the House of Assembly.

Her Excellency The Most Honorable Dame Sandra Prunella Mason, has one biological son, Matthew.