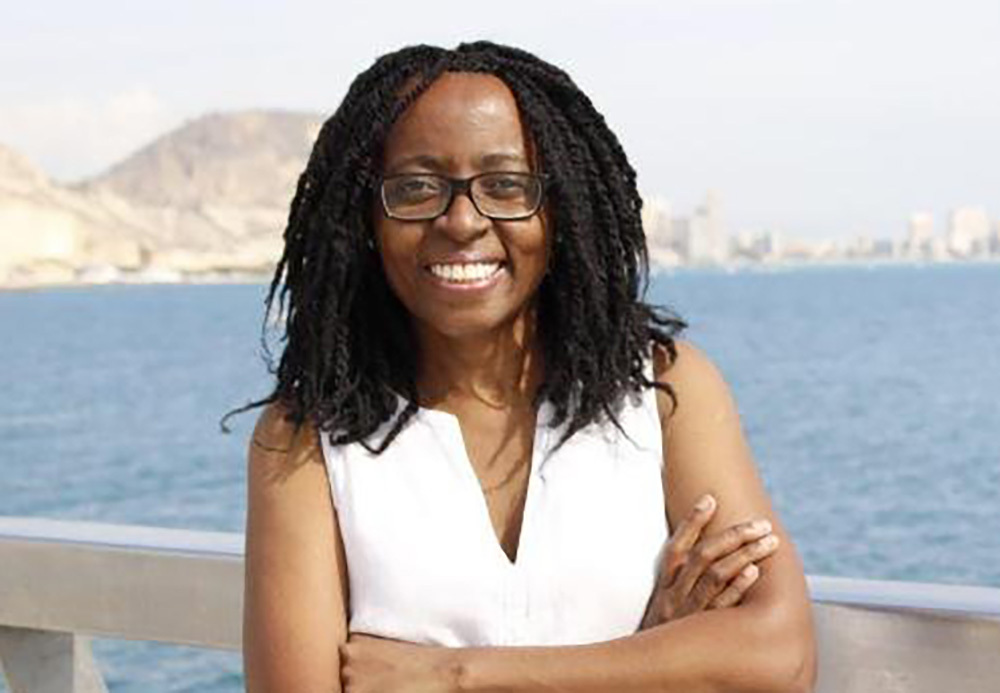 Rita Gertrudis Bosaho is the first person of color, male or female, to be elected to a seat in the Spanish Parliament. She was born on May 21, 1965, in Malabo, the capital city of the coastal central African nation of Equatorial Guinea, a former colony of Spain. At age four, after the death of her parents, she was brought to Spain with a relative to escape political turmoil in the country. She next lived with a white military foster family in Cadiz before finally settling in the southeastern port city of Alicante. Though her foster parents were compassionate and helped her to feel pride in her African heritage, Bosaho avoided questions about her early life which she characterized as “a bit traumatic.” Being the only black in every class she took until she reached the University of Alicante, she was repeatedly asked by police to prove her identity, a practice that she says encouraged a certain “Afroconciencia” (African consciousness) noticed by everyone around her.

For more than two decades, Bosaho supported herself and her son as a nurse’s aide and as a media technician at the University General Hospital of Alicante while earning a bachelor’s degree in history and a master’s degree. She also worked toward a doctorate at the University of Alicante. The start of the world economic downturn in 2008 led the Spanish government to resort to austerity measures. This particularly distressed working-class citizens and drew Bosaho into political and social activism.

In 2014, Bosaho helped found the left-wing populist political party, Podemos, in her town. Her reputation as an advocate for human rights, women’s rights, and civil rights for racial and ethnic minorities was critical when party leaders concerned with diversity scrutinized candidates for elected office. A failed run for a seat in parliament in May 2015 was followed by a successful campaign for the lower house of parliament, the Congress of Deputies, seven months later.  In January 2020, Bosaho was appointed Director of Equal Treatment and Ethnic-Racial Diversity in the Ministry of Equality, headed by Irene Montero. She has been affiliated with such socially conscience groups as the Culture and Solidarity Project, the Association of Mediators, Social and Tropical Social Affairs of the Valencian Community, and the Feminist Platform of Alicante.

Roughly 12 percent of Spain’s population are immigrants, and though not known for the kind of blatant racism evident in other European countries, occasional incidents involving people of African ancestry have made headlines. Said Bosaho: “I feel humbled and proud and hope I can empower minorities. . . There are lots of people who don’t understand that I’m Spanish. They see that I’m Black and think those two things can’t go together.” She continues to maintain a keen interest in African affairs and for many years has collaborated with the NGO called Proyecto Cultura y Solidaridad (Culture and Solidarity Project) which does humanitarian work in Africa and Latin America. Bosaho has visited her native Guinea and has reiterated: “I am Hispanic-Guinean and I am interested in the problems of the people on both shores.”