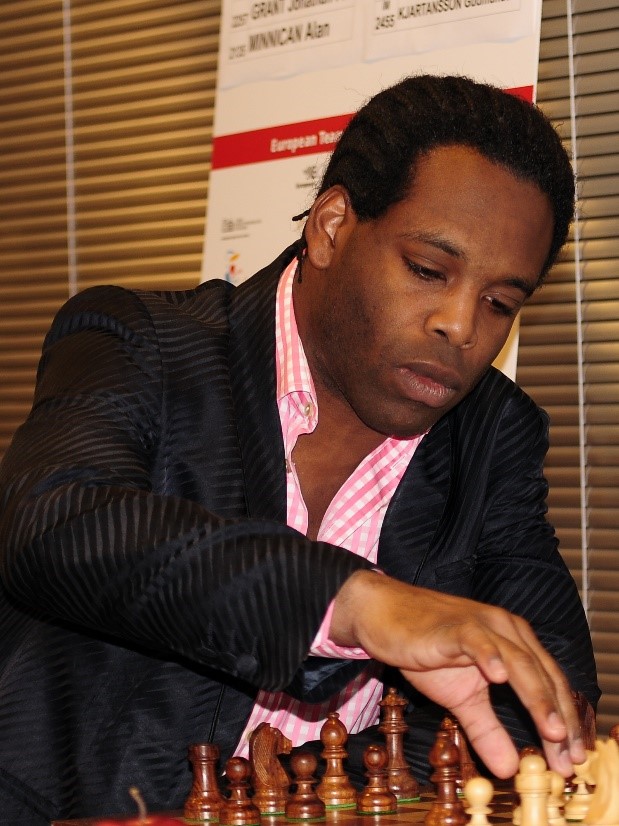 Pontus Carlsson has been competing in chess matches since age 5 and he is currently a chess Grandmaster. His improbable journey to chess stardom started in 1985 when as a toddler he was adopted from an orphanage in Cali, Colombia, South America by Ingvar Carlsson, a former head of the Swedish Chess Federation. Born December 18, 1982, he was placed in an orphanage when both of his biological parents died in Cali. His adoptive father took him to his home in Linköping, Sweden, and began teaching him chess at age 4. He recalls losing only one match during his childhood: at the European Under 10 Championship in Slovakia in 1992.

Carlsson represented Sweden in the 2006 Chess Olympiad in Turin, Italy. He went undefeated on the 2007 Swedish national team at the 2007 European Team Chess Championship. In the first decade of the 21st century he participated in chess leagues in Sweden and Spain. In 2007 he earned the title Grandmaster, thus becoming only the 16th Swede to achieve this status and assuring his election to the Swedish Chess Academy.

Despite his stunning success as an internationally celebrated chess champion, Carlsson has described racism in Sweden. In 2016, Carlsson was quoted at length in the Colombian magazine Semana saying Sweden’s reputation for racial tolerance is overblown. He acknowledged Sweden’s record of welcoming migrants who presently represent 15% of its population and that its citizens have adopted 15,000 Colombian children but used himself as an example of how some people of color, particularly Blacks, are discriminated against and harassed. He recalled several race-tinged incidents wherein he was falsely accused of stealing clothes from a shop where he had previously spent lavishly; of having stolen his own car; and being unreasonably detained on three occasions by policemen who, because of his skin color, once mistook him for a rape suspect.

In a June 2020 issue of Newsweek magazine Carlsson broadened his criticism, recounting nasty incidents throughout Europe and at chess venues. His experience with racism in chess started early in his career with local competitors wearing T-shirts boasting “100 Percent Swedish,” mocking his racial heritage and ethnicity. In 2017, Carlsson quit his chess club in Eksjö when its manager casually used the n-word in an email to members; and at a chess tournament in the Czech Republic, he heard spectators make monkey sounds at him and another Black participant.

Once, when asked what are the requisites for a successful chess professional, the man who is a dual citizen of Colombia and Sweden, is fluent in seven languages, has won more than 500 chess prizes, is thrice winner of the world’s largest rapid chess tournament (the Swedish Tusenmannaschacket with 1,000+ contestants), and who is one of only three Black chess Grandmasters worldwide, said: “Good memory, good nerves, and good strategy, but the most important thing for young players aspiring to be Grand Masters is to train right and to train hard.” In 2018, he traveled to New Orleans, Louisiana, to participate in a program that uses chess to teach strategy and critical thinking skills to underprivileged children. In recent years he has taught chess online. Carlsson, a fan of hip-hop, has a master’s degree in business and marketing.