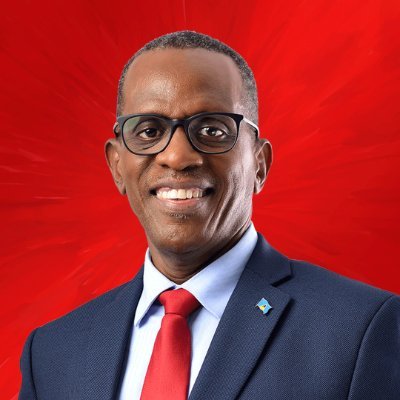 Philip Joseph Pierre is a politician from Saint Lucia who has served as Prime Minister of that island nation since July 28, 2021. Pierre is the Minister of Finance, Economic Development and Youth Economy and has been the leader of the Saint Lucia Labour Party (SLLP) since June 18, 2016.

Pierre was born and raised in Waterworks, Castries East on Saint Lucia. The exact date of his birth is unclear and it was estimated to be sometime between 1954 and 1955. Pierre’s mother, Evelyn, was a teacher, and his father, Auguste, was a policeman. He studied at Saint Mary’s University and completed a BA (hons) in Economics and a Master of Business Administration at the University of the West Indies.

Pierre joined the Saint Lucia Labour Party (SLP) in 1985 and served as the party’s treasurer from 1986 to 1992. In 1992, he stood for the first time in the Castries East general election but did not win. Pierre stood again in 1997 and won. In the subsequent Kenny Anthony-led SLP government, Pierre served as Minister of Tourism, Civil Aviation, and International Financial Services from 1997 to 2000.

Pierre was re-elected as MP for Castries East in the 2001, 2006 and 2011 general elections. In 2011, he was sworn in as Deputy Prime Minister and Minister of Infrastructure, Port Services, and Transport. In the 2016 general election, Pierre retained his seat but the SLP lost the election. Kenny Anthony resigned as party leader and Pierre was then elected as his successor on June 18, 2016. He also became parliamentary leader of the opposition.

Pierre is married and has one daughter, Philicia F. M. Pierre.