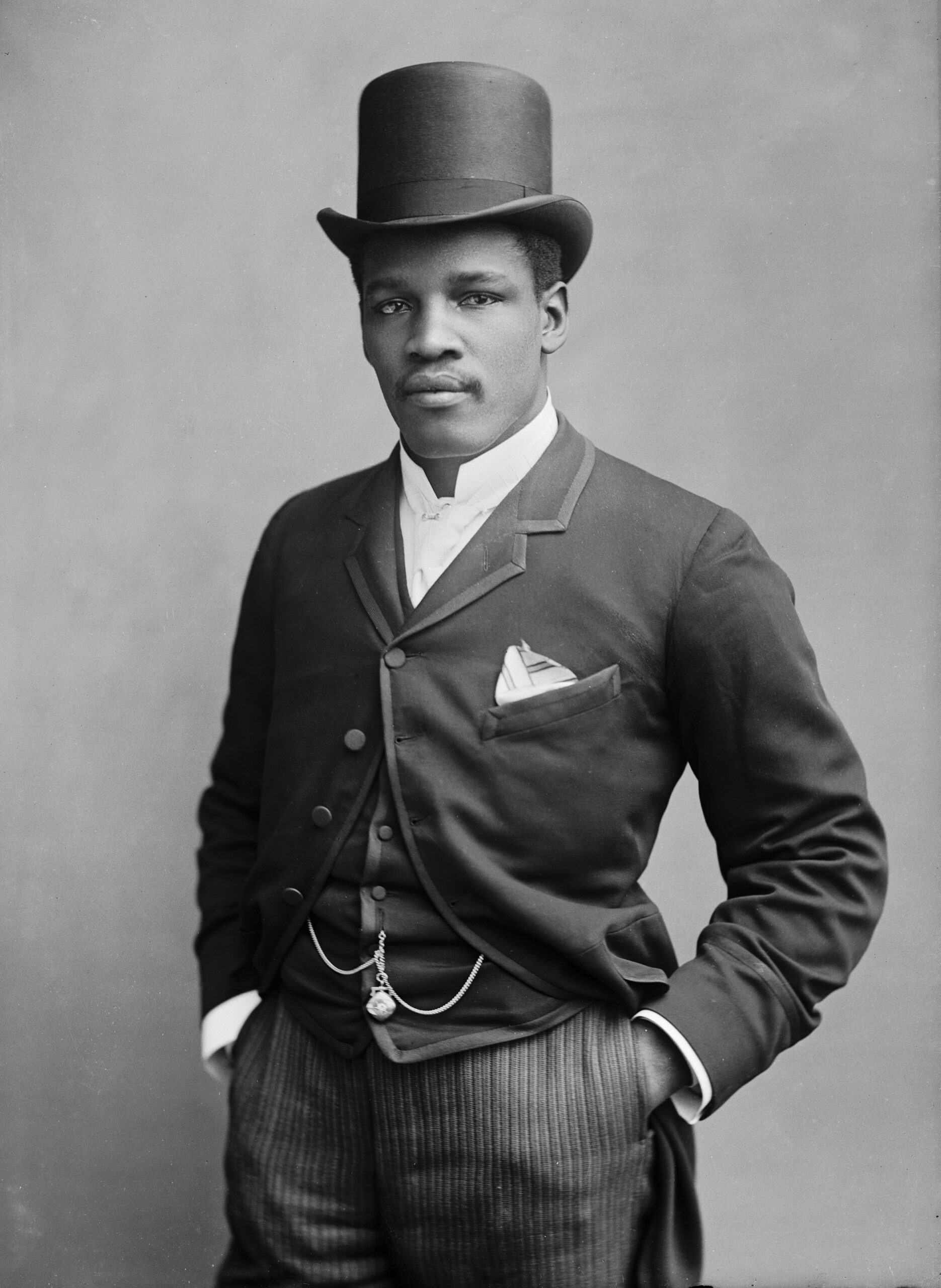 Professional bare-knuckle boxer Peter Jackson, better known as the Black Prince and Peter the Great, was born on July 3, 1861, in Water Gut, Christiansted, Danish West Indies (now the U.S. Virgin Islands) to Peter Jackson Sr., a warehouseman from Montego Bay, Jamaica. Information regarding Jackson’s mother is not readily available. He attended the Moravian Day School at the Centre Mission in La Grande Princess for a brief period. However, his parents took him to Australia when he was 6 years old. In 1878, 17-year-old Jackson left for New York City searching for his eldest brother, James Jackson, whom he never located.

In 1882, when Jackson was 21, he returned to Australia and began his fighting career. He won the Australian heavyweight title four years later in 1886, knocking out Tom Lees in the 30th round. That same year, Jackson went to Dublin and won a match against Ireland’s best fighter, 20-year-old Peter Maher, in three rounds. In 1888 he went to San Francisco, California, and defeated George Godfrey to become the champion in the World Colored Heavyweight Championship. This title was in place for African American boxers who were then not allowed to contend for the world light heavyweight title because of racial discrimination.

In 1889, Jackson traveled to London, England, where he fought several matches, including one against the legendary Jem Smith at the New Pelican Club Gym in Soho, London. He defeated all opponents.

One of the most brutal fights was with James Corbett in Benicia, California, in 1891. That match continued for 61 rounds and then ended with no winner when both boxers collapsed. A year later, in 1892, he fought Frank Slavin at the National Sporting Club in London, knocking him out in the 10th round. Jackson retired after that bout. At this point, Jackson had fought 28 of the best fighters in the world and remained undefeated.

In 1893, Jackson toured with the theatrical production of Harriet Beecher Stowe’s Uncle Tom’s Cabin. He was the second Black man to perform the role of Uncle Tom. Jackson returned to the ring in 1898 at the age of 37, losing to future champion James J. Jeffries on a fourth-round knockout.

Peter Jackson’s overall professional boxing record included 45 fights that were won, 28 no contests, 27 not calculated as a win, loss, or draw, five losses, and three draws.

Peter Jackson, who had been refused the opportunity to compete for the World Heavyweight Championship because of the color of his skin, died on July 13, 1901, of tuberculosis, in Sydney, Australia. He was 40.