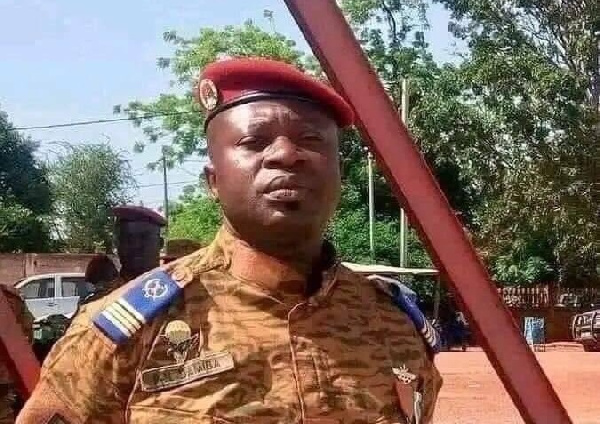 Paul-Henry Sandaogo Damiba heads the Patriotic Movement for Safeguard and Restoration; the current governing council of Burkina Faso installed after the coup of January 24, 2022, overthrew the government of Roch Marc Christian Kabore.

Damiba was born in Ouagadougou, the capital of Burkina Faso, in January of 1981. He entered the military school, Prytance Militaire du Kadiogo in Katabtenga, Burkina Faso in 1992. He later received commando training at the military academy in Po, Burkina Faso. Damiba was part of the Regiment of Presidential Security of former President Blaise Compaore until 2011. He was later posted as a commander to the northern towns of Dori and Ouahigouya.

At times between 2010 and 2020 Damiba received specialized training from United States instructors. In 2015 he attended officer training school at a military academy in Paris, France. He was awarded a Master’s degree in criminal sciences from the Conservatoire National des Artes et Metiers in 2017 and in June, 2021 he published a book, West African Armies and Terrorism: Uncertain Responses which described the efforts to confront terrorist activity in the region.

In mid-November a weekend attack on the Inata gendarmerie post in northern Burkina Faso by Islamist insurgents at least 53 dead including 49 military police and 4 civilians. In response, hundreds of protesters took to the streets of Burkina Faso’s capital, Ouagadougou, demanding President Roch Kabore resign for failing to rein in fighters linked to al-Qaeda and ISIL (ISIS) who target Burkinabe forces and civilians. It later came to light that the gendarmes at Inata had not received food rations for two weeks and were forced to slaughter animals in the vicinity to stay alive.

In December, 2020 Lt. Colonel Damiba, who had been overseeing security in the capital, was made commander of Burkina Faso’s third military region. He was appointed to protect the capital from threats posed by the religious militants.

Damiba, however, was unhappy with the government’s approach to dealing with the insurgency and especially angry over the lack of food rations at Inata. As public sentiment turned against the government with protests demanding the President’s resignation occurring, on January 24, 2022, Damiba and other military men seized power. President Roch Marc Christian Kabore was placed under house arrest and the coup leaders announced the formation of the “Movement for Safeguard and Restoration” headed by Paul-Henry Sandaogo Damiba.

On February 16, Damiba was inaugurated as President and Supreme Commander of the Military of Burkina Faso. In his inauguration speech Damiba promised to reorganize the armed forces and to strengthen the link between intelligence services and field operations. He reiterated that his priority would be to defeat the insurgents. He also pledged to fight corruption and free the public administration from politics. He promised a return to democracy but no timetable has been announced.