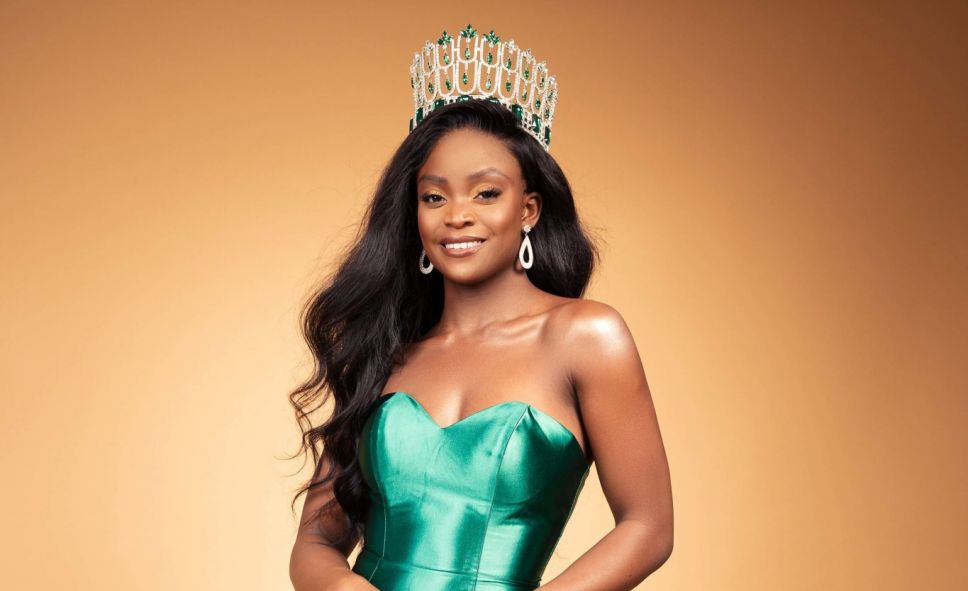 Pamela Ashley Uba is a scientist and model and the first black woman to be crowned Miss Ireland in that nation’s competition. Uba was born in Anambra State, Nigeria in 1995 to Nigerian parents. Her Igbo name is Onyebuchi. The Uba family business fell apart, and Uba was forced to drop out of the private school she had been attending. The decision was made to leave the country in 2002 and at the age of seven, Uba, her mother and four younger siblings immigrated to Ballyhaunis, in the county of Mayo, Ireland. The family began living in a direct provision center, which have strict rules for immigrants. Families are placed in unknown locations and given a weekly stipend. Most dwellings do not include cooking facilities, so families must report to government facilities at specific times for meals or forfeit them. This limits many single-family parents from earning a living outside of the facility. The Uba family remained at the center for ten years before they were able to support themselves.

Uba attended Ballyhaunis Community School, played the position of center-back in Gaelic football and graduated in 2013. She enrolled into Galway-Mayo Institute of Technology in Galway, Ireland, and began working as a student medical scientist at Galway University Hospitals in 2015. Eventually Uba worked as a medical laboratory scientist before graduating with her bachelor’s in science in 2017. She has been employed at the Galway Hospital biochemistry department since 2019.

While working as a bartender at a Miss Galway competition in 2019, Uba was mistaken as a contestant by one of the judges and was encouraged to participate in future competitions. She began modeling, entered the competition, and was crowned Miss Galway in March 2020. Due to the Covid-19 global pandemic, Uba held the crown for a year and a half, making her the longest crown holder.

Uba became an Irish citizen early in 2021. In May of that year, she graduated from Trinity College Dublin with her master’s degree in clinical chemistry. The winner of the Miss Galway competition is expected to participate in the Miss Ireland contest, and on September 12, 2021, Uba became the first black woman to be crowned Miss Ireland since the contest started in 1947. She recently revealed some of the harsh racial criticism she has faced on social media due to her competition wins. Her next step is to compete in the Miss World contest in Puerto Rico in December 2021. Uba is also an avid charity worker. She currently works with Didean, a non-profit organization that offers an alternative solution to living in direct provision.