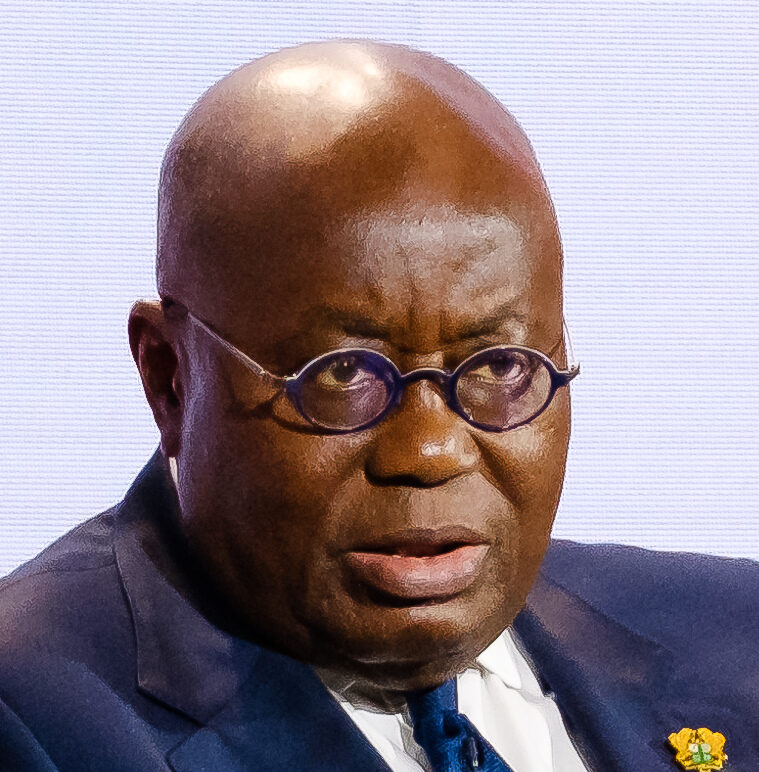 The current president of Ghana, Nana Akufo-Addo was born on March 29, 1944, in Accra, Ghana (then the Gold Coast). William Addo Dankwa Akufo-Addo was the son of Edward Akufo-Addo and his wife Adeline. He was born into a family with a long history of public service and political activism. Three of the founding fathers of Ghana were Akufo-Addo’s blood relatives: J.B. Danquah (grand uncle), William Ofori Atta (uncle), and his father, Edward Akufo-Addo, who became the third Chief Justice and later ceremonial President of the Republic from 1970 to 1972.

Young Akufo-Addo attended the Government Boys School and the Rowe Road School in Accra. His secondary school was Lacing College in England which attended from 1957 to 1961. In 1964 he entered the University of Ghana in Accra; graduating in 1967 with a Bachelor’s degree in economics. He then returned to the United Kingdom to study law. He was called to the English Bar (Middle Temple) in 1971 and the Ghana Bar in 1975.

Akufo-Addo worked for a law firm in Paris and later worked for another law firm in Ghana. In 1979 he co-founded the law firm of Akufo-Addo, Premph, and Company. He also became active in politics serving as general secretary of the People’s Movement for Freedom and Justice in the 1970s.

In 1992 Akufo-Addo joined the New Patriotic Party and ran for the Ghanaian parliament. He served three terms in the parliament from 1996 to 2008. He also served as Minister of Justice in the national government from 2001 to 2003 and he was Foreign Minister from 2003 to 2007.

In the 2012 presidential election, Akufo-Addo lost another very close contest. He and his party challenged the results in court citing voting irregularities. The court ruled against Akufo-Addo. He accepted the decision and encouraged his supporters to do the same.

Akufo-Addo was his party’s candidate in the 2016 election. He won the election on December 7th and was sworn in on January 7, 2017.

The 2020 election resulted in a court challenge of Akufo-Addo’s victory. The court ruled against the challenge and Akufo-Addo was sworn in for a second term on January 7, 2021.

Akufo-Addo’s policies have been focused on macro-economic stability and economic growth. His motto is “Ghana Beyond Aid” to diminish his nation’s reliance on foreign aid. His government is expanding job creation, digitizing its activities and records, and expanding infrastructure projects. A free senior high school program has been enacted to expand high school enrollment.

President Akufo-Addo has been criticized for the project to build a national cathedral at an estimated cost of $200 million. An advisory board has launched a campaign asking Ghanaians to make a voluntary donation of $16 a month to help finish the cathedral. The Agyapa Gold Royalties deal was heavily criticized for its lack of transparency and was eventually withdrawn from parliament by Akufo-Addo’s government.