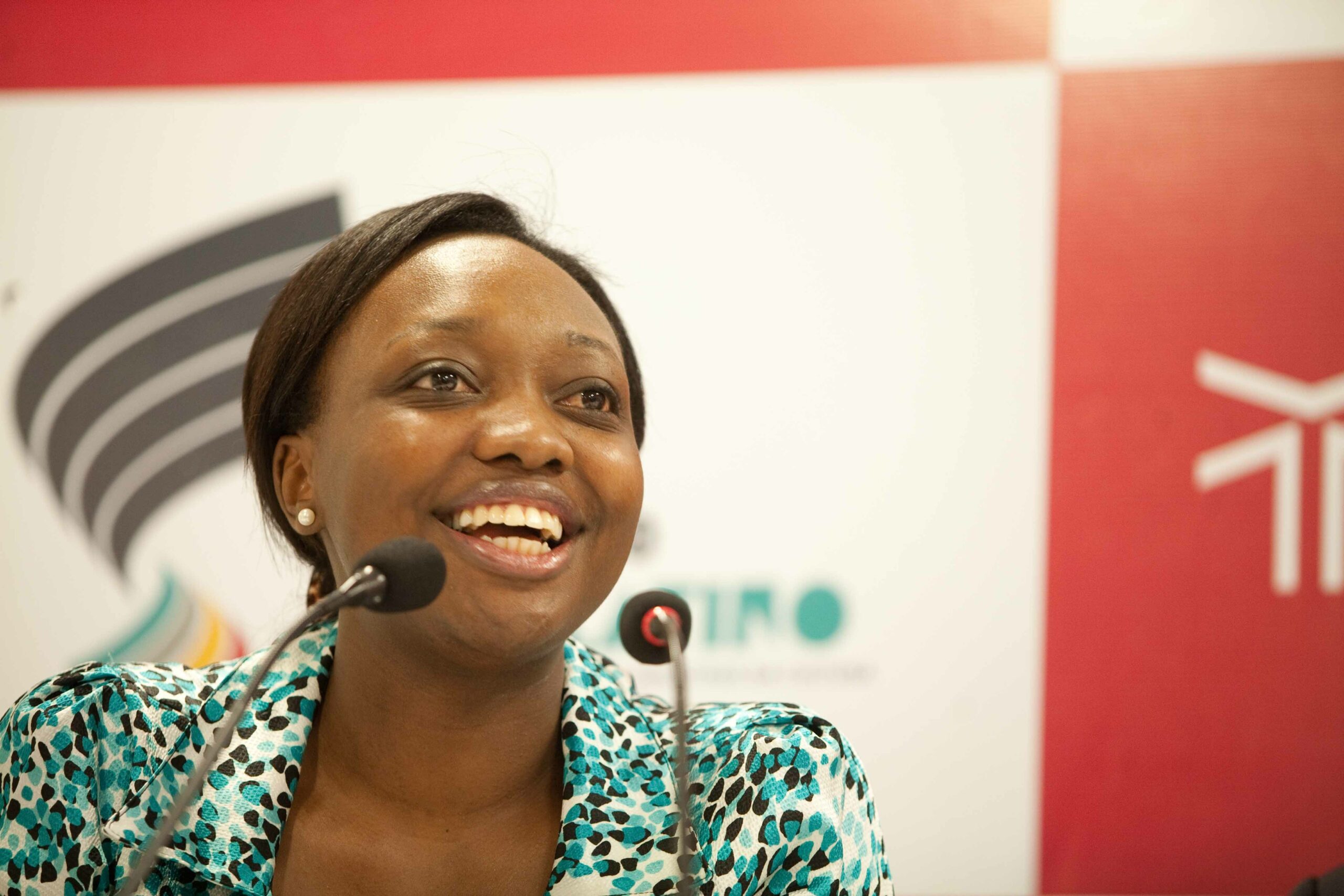 From June 2007 until August 2010 Paula Marcela Moreno Zapata served as one of the highest government officials in Colombia, the first woman of African descent and at 29 the youngest person ever to occupy a cabinet-level post in that nation.

Moreno was born on November 11, 1978 in Bogotá, District of Colombia.  Her father Armando Moreno is retired from civil service, and her mother, Maria Zényde Zapata, is a lawyer.

Born and raised in the coastal territory of Cauca in southwestern Colombia, Moreno graduated from the Universidad Autónoma de Colombia (FUAC) in 2001, with a degree in industrial engineering.

Proficient in Italian, French, and English, Moreno received a 2004 Master of Philosophy in Management Science at the University of Cambridge in England.  Her thesis was titled “Sustainable Use of Biodiversity by Local Communities in Colombia.”

Following graduation Moreno worked in the United States Agency for International Development (USAID) Chemonics program as project manager and national director for the Afro-Colombian component of the Pan American Development Foundation (PADF). She was also a regional development consultant for the Association of Community Councils of Timbiqui.  In 2005 Moreno joined the faculty as an assistant professor at FUAC, the same institution from which she graduated four years earlier.  While at FUAC she was also an environmental management consultant at the Universidad de los Andes in Bogota, Columbia, and for ethnic affairs in the Pan American Health Organization.  In June 2007 Colombian President Álvaro Uribe Vélez appointed her Minister of Culture.

The Moreno-led Ministry of Culture sponsored the spectacular National Grand Concert heard and seen live throughout Colombia and in its foreign embassies; supported new laws designed to ensure the survival of indigenous languages, and supported the development of a new national library system.  Moreno also fostered national policies for the arts and extended Colombia’s presence at international cultural events. During her watch a national monument was dedicated that commemorates the plight of tribesmen in Colombia’s Amazon Region. Throughout Moreno’s tenure she reminded Colombians of their richly diverse nation of the more than 80 indigenous groups along with communities of African, Arab, and Spanish heritage,” She once wrote. “We are as fortunate in our cultural variety as in the bio-diversity of our [national] environment.”

A longtime member of the Association for the Study of the Worldwide African Diaspora (ASWAD), Moreno is the founder and president of Manos Visibles (Visible Hands), a nonprofit group that seeks to promote national reconciliation through cessation of political violence, the reduction of racial inequality, and awareness of the difficult circumstances faced by women and youth.

In 2010 Moreno was a Fulbright fellow at the Massachusetts Institute of Technology, studying urban and rural planning. Two years later Manos Visible received a grant from the San Francisco, California-based philanthropic organization RSF Social Finance; and in 2014 Moreno participated in a four-month leadership development program at Yale University in Connecticut focused on peace and order and social problems in Colombia. Moreno has been awarded Colombia’s Order of St. Charles by President Uribe, the Order of the Aztec Eagle by Mexico’s President Felipe Calderon, and the Unita Blackwell Award from the National Conference of Black Mayors in the United States.