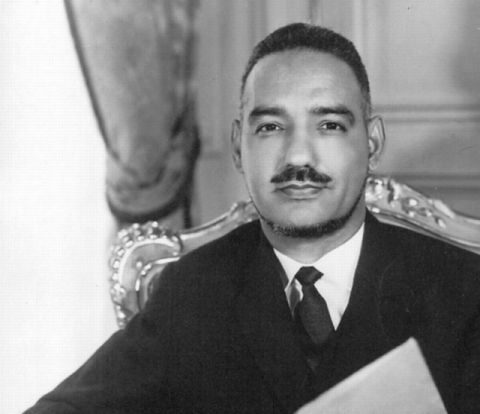 Moktar Ould Daddah was the first president of independent Mauritania. He was born on December 25, 1924, at Boutilimit, Mauritania, French West Africa. His parents were Muhammadun Ould Daddah and Khadijattou Mahmoul Brahim. He was descended from a family of Muslim religious scholars and political leaders.

As a child Daddah attend a Qur’anic school in Boutilimit. Later he attended a bilingual (French/Arabic) school in the same town. He then enrolled at the Sons of Chiefs School in St. Louis, Senegal, where he completed his high school education. He was the first Mauritanian to graduate from university and earn a law degree in France. After graduation, he returned to Mauritania and worked for the colonial administration.

In the 1950s, Daddah became involved in local politics, and by 1957 he was elected to the Territorial Assembly which had been set up by France to prepare the colony for eventual independence. In 1958, he became Chairman of the Executive Council, the highest office open to Mauritanians in the colony. In 1959, he became Prime Minister of the colony and negotiated independence for Mauritania. On November 28, 1960, Mauritania became independent with Moktar Ould Daddah at the helm. He was re-elected to office in 1966, 1971, and 1976 unopposed.

Mauritania was divided along ethnic and religious lines: White and Black Muslims and Black Christian Africans. The north of the country was Muslim and nomadic; the south was Black and agricultural. Daddah tried to implement policies to create a sense of unity among diverse groups.

In 1964, Mauritania became a one-party state under Daddah’s leadership. He professed Islamic socialism for his country. This resulted in the nationalization of some businesses. Daddah gradually became more authoritarian the longer he was in power.

In 1975, Daddah’s government sent troops into the Western Sahara to annex the southern portion (Morocco had annexed the northern portion). It was costly as the Polisario front guerrillas fought the Mauritanian army. Polisario even launched an attack on Nouakchott, the capital of Mauritania. The war became increasingly unpopular among Mauritanians and especially among the poorly trained members of the army. On July 10, 1978, Lieutenant Colonel Mustafa Ould Salek and a group of army members launched a successful coup. Daddah was arrested and a junta was installed to run the country. After a period of imprisonment, Ould Daddah was allowed to go into exile in France in August 1979.

Daddah was allowed to return to Mauritania on July 17, 2001. He died on October 14, 2003, in Paris, France, following a long illness. Nothing is known about his personal life and family. His body was returned to Mauritania for burial.