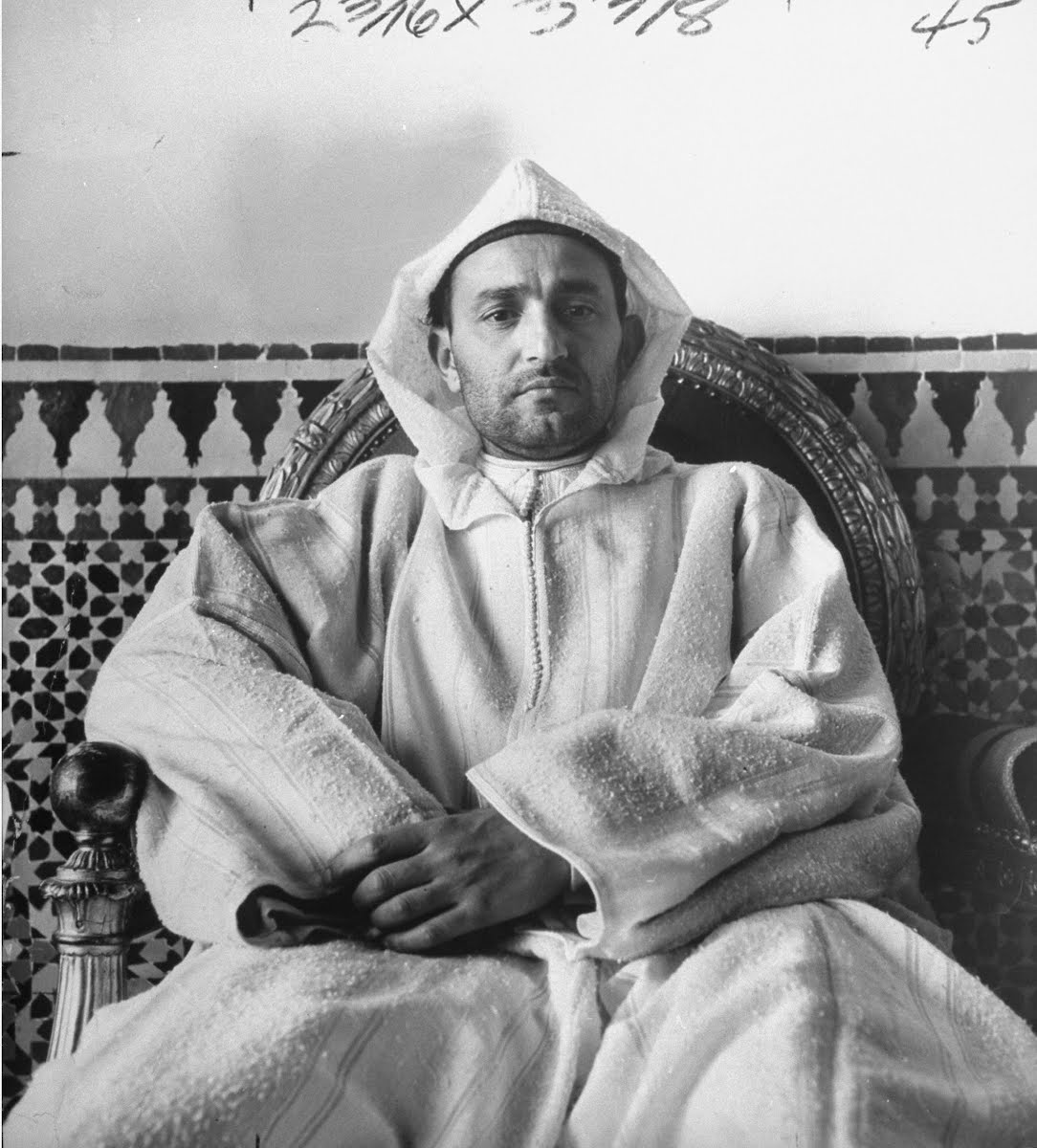 Mohammed ben Youssef, the third son of Sultan Moulay Youssef, was born on August 10, 1909, in Fez, Morocco. He became King Mohammed V of independent Morocco. When Mohammed was born, Morocco was a French protectorate. As a child, he received a traditional Koranic education and did not study French partly because no one in his family expected a third son to become the next sultan. However, when his father died, the French selected 16-year-old Mohammed to succeed his father. The French considered him docile and timid and felt he would be easier to control than his older brothers. On November 18, 1927, he was given the title Sultan Mohammed V of Morocco.

In the early years of his reign, he tried to walk a narrow path between the French and the burgeoning nationalist movement that was calling for Moroccan independence. In 1934 he encouraged the French to abandon the policy of having two distinct legal systems (one for Arabs and another for Berbers). The French rescinded this policy later that year. Protests against the policy had led to nationalists organizing and demanding independence from France. Mohammed maintained discreet contacts with the nationalists; secretly collaborating with them on some issues. The nationalists worked to make the Sultan a national symbol and organized an annual Throne Day to commemorate Mohammed’s assumption of power.

By 1947 the Sultan was openly siding with the nationalist cause. The French reacted by verbally attacking him and limiting his power. These actions simply increased his popularity. In 1951 the French surrounded his palace with troops to “protect” him and he was made to denounce the nationalist movement.

Mohammed, however, continued to infuriate the French, and on August 20, 1953, he was exiled to Corsica and later Madagascar. His popularity soared among the Moroccan people and nationalist violence spread throughout the country. France, already fighting against Algerian nationalists in the Algerian War of Independence, did not want to see that war spread to Morocco. On November 16, 1955, Sultan Mohammed returned to rapturous crowds welcoming him home. The French changed tactics and began negotiating with Mohammed and the nationalist parties for Moroccan independence. On March 2, 1956, a treaty was signed recognizing Moroccan independence. Mohammed V was Chief of State and his son, Moulay Hassan, Commander of the Army.

Although Mohammed V had absolute authority within the state, he preferred to be an arbiter between various political and ethnic factions. Revered for his efforts to unify Morocco’s various interest groups, he took the title, “King” in 1957. In May 1960 his son, Hassan was made deputy prime minister in addition to being head of the army. Soon after, Mohammed V withdrew from politics. On February 26, 1961, Mohammed V died at the age of 51.