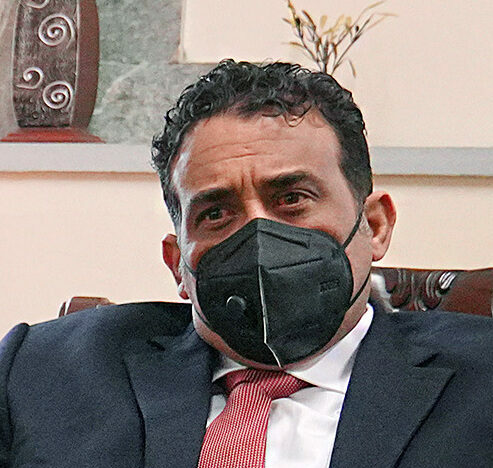 His Excellency Mohamed Younis al-Menfi, the 16th Head of State of Libya, was born on March 3, 1976, in Tobruk, Libya. He is a graduate of Tobruk University in East Libya.

Al-Menfi has been married two times. His first marriage was to Amira al-Hassi in 2000. However, the short-lived union ended in divorce in 2004. He remarried in 2005 to Sarah al-Menfi.

From 2018 to 2019, al-Menfi served as Libyan Ambassador to Greece. However, al-Menfi was expelled from Athens in December 2019 because of Libya’s support of Turkey in disputed maritime boundaries between that nation and Greece over offshore energy exploration near the island of Crete. Although al-Menfi had 72 hours to leave Greece, his departure did not sever diplomatic ties between Greece and Libya.

In 2021, al-Menfi, who recently assumed the office of Chairman of the Presidential Council of Libya, ran on a joint ticket for President with Abdul Hamid al-Dabaib as prime minister. Al-Menfi was elected President in a contest with undisclosed election results due to the ongoing political turmoil in the nation. Later that year in his first international address as President, he told world leaders during his in-person address to the UN General Assembly that Libya was at a critical juncture and a defining moment as the country attempts to rebuild democratic institutions. He also notated the considerable strides Libya had recently made to ensure full implementation of agreed commitments including relevant UN Security Council resolutions, to end the conflict in Libya. He announced that the national reconciliation would be critical to any political process and achieve political stability.