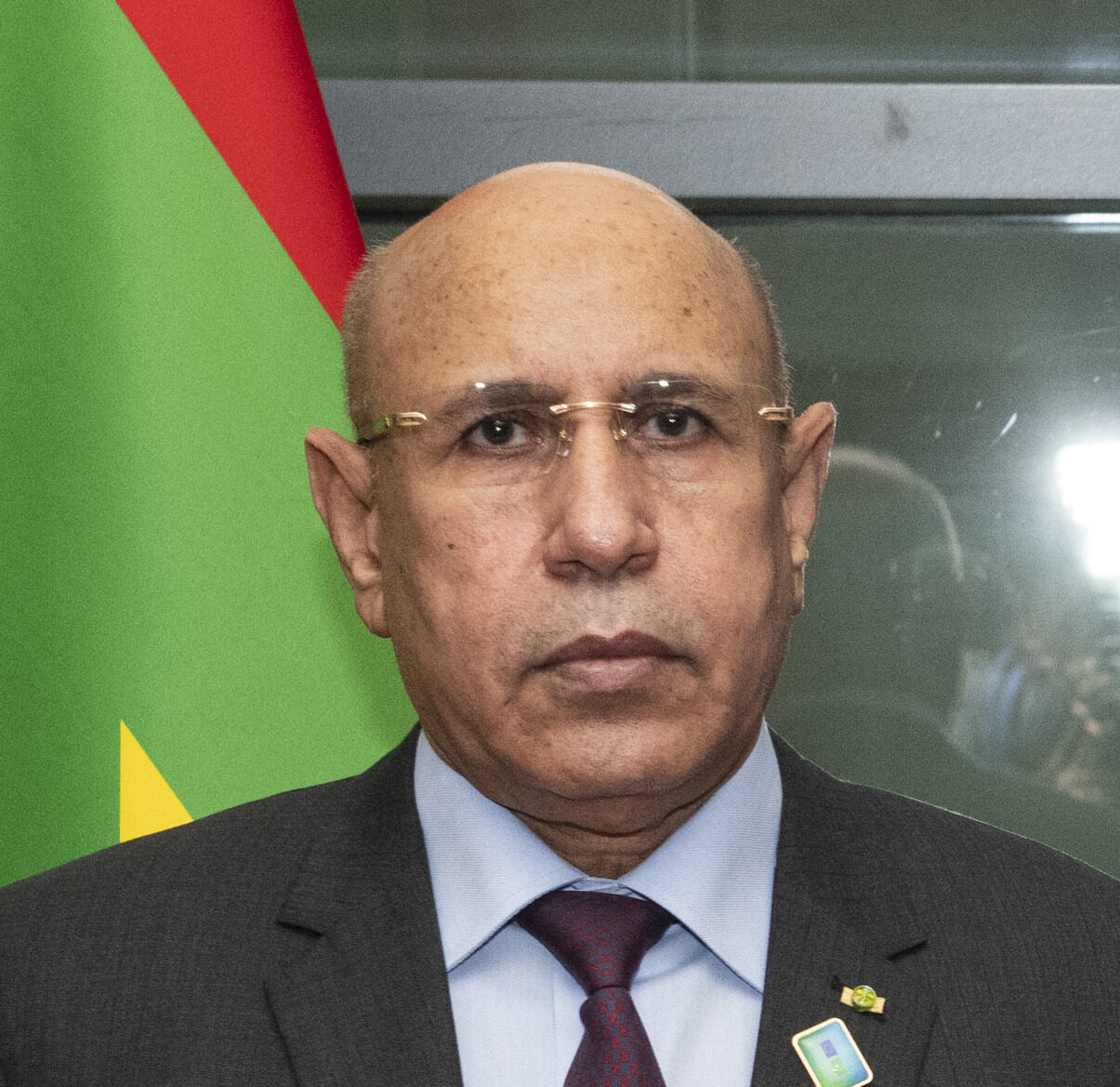 Ghazouani married Mariam Mint Mohamed Vadel Ould Dah, a physician, in 2004. They are the parents of five children.

In 2005, Ghazouani became a member of the military council and as such he was one of the architects of the coup that ousted former President Maaouya Ould Sid’Ahmed Taya. In 2008, Ghazouani served as Chief of Staff of the Armed Forces of Mauritania. He was an active participant in a second military coup in 2012 that overthrew the country’s first democratically elected civilian president, Sidi Ould Cheikh Abdallah.

In 2012, Ghazouani was named interim head of state when his political ally, President Mohamed Ould Abdel Aziz, who came to power through the military coup, was mistakenly shot by an army patrol. In 2018, Ghazouani left his position as head of state and Chief of Staff of the Armed Forces.

In 2022, Ghazouani contracted COVID-19. Although he survived, the World Health Organization reported 13,642 cases and 324 deaths in a country of 4.8 million people. President Mohamed Ould Ghazouani remains in power and his administration continues to focus on creating and implementing economic strategies that bring prosperity to his nation, monitoring social and regional inequalities in the country and especially between the rural areas and the cities, and further developing an effective independent judicial system.