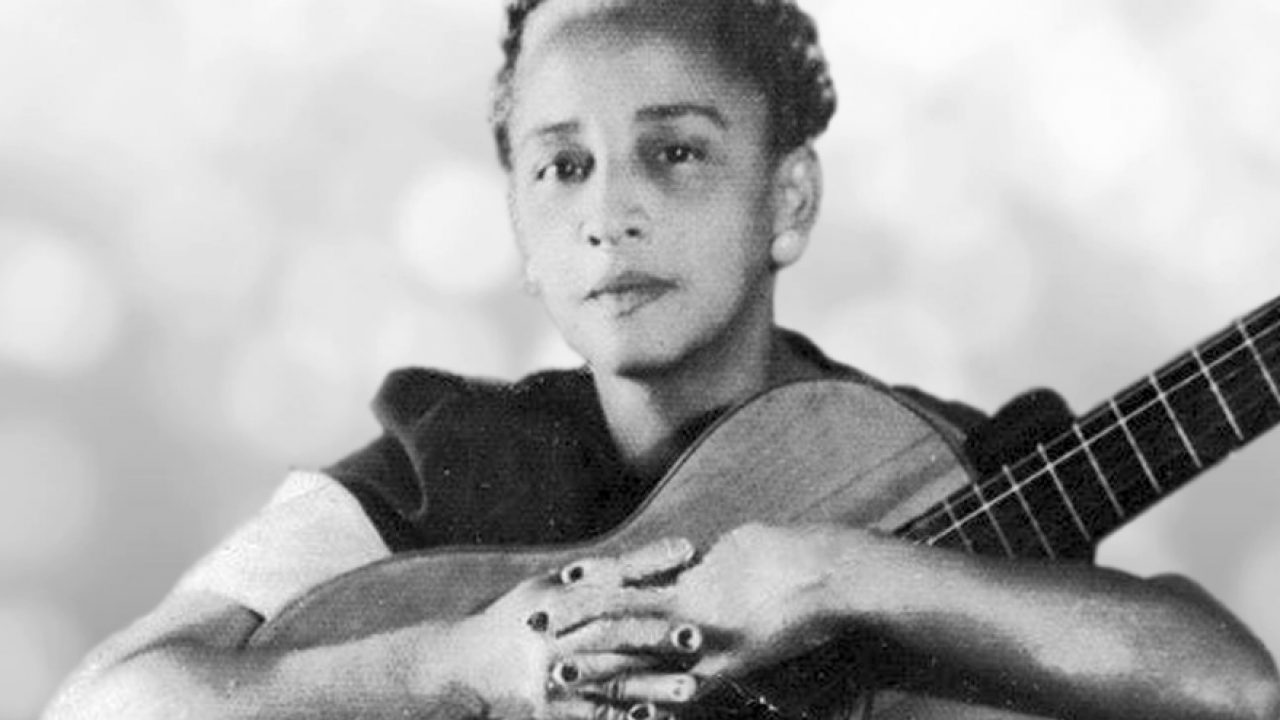 María Teresa Vera was an Afro-Cuban guitarist, singer, and composer, who is held up as an example of the Cuban “trova” movement. Trova is a rural folk style of music and Vera’s career was extraordinary for a woman of her time. “Viente Anos,” (Twenty Years) is her most well-known song.

She was born on February 6, 1895, in Guanajay, Cuba to a Spanish military man who disappeared from her life, and a Black mother who was a servant in a wealthy Cuban household. The well-off family protected Vera and that is most likely why the granddaughter of slaves could go on to have the highly visible and successful career that she had during her era.

Trova music originated in the Oriente province, centered in the city of Santiago. Trova musicians were traveling artists who performed to earn their living. Like other Afro-Cuban music, Trova’s roots lie in the cabildos of the 17th century, which were self-organized social clubs amongst Cuba’s slave population. Most often these clubs were created around various cultures brought to the island from Africa, so for example, the Yoruba, Congolese, and the Dahomey peoples each formed their own cabildos. Combining influences from Spain (the guitar) with percussion and African rhythms, Trova music was a blending of the cultures of the Caribbean. It is one of the more traditional genres of Cuban music.

Vera first performed publicly at 15. She went on to play the Apollo theater in New York in 1918, and over a 10-year span her various duos recorded more than 140 works. She traveled extensively to perform, and the success of her career help lay the foundations for the international popularity of Cuban music in the 1930s and 1940s. At the height of her popularity, Vera took a multi-year sabbatical from her career, and she was totally silent for three years. It is said that this happened because Vera’s religion (a Yoruba-inspired religious practice) required her to stop. Eventually, Vera was able to continue, and she went on to have another twenty years as a prolific performer.