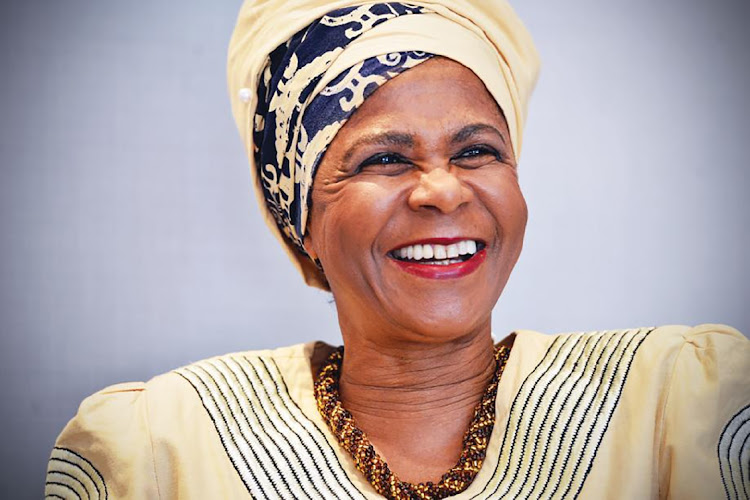 Mamphela Ramphele is a South African political leader and physician known for her anti-apartheid activism. Ramphele was born on December 28, 1947, in Uitkyk, located in North West province of South Africa, but spent her childhood in Kranspoort, Limpopo province. In 1962, she attended Bethesda Teacher College, a prestigious secondary boarding school in the northern section of South Africa, where she once used a class assignment to protest the living conditions.

Experiences of discrimination based on race and gender at Bethesda were formative to Ramphele’s decision to become a medical doctor, from which she was dissuaded by teachers and family alike. However, a few teachers, including one who became her principal at Setotolwane High School, supported her by arranging tutoring classes and advising her on university admissions. In 1967 she entered the University of the North and in 1968 transferred to Natal Medical School on scholarships. In 1972, she earned her medical degree at Natal University, and the following year found a job at Mt. Coke Hospital in Eastern Cape province.

In January 1968, Ramphele was introduced to Steve Biko, the soon-to-be leader of the Black Consciousness movement, at Natal University where he founded the South African Students’ Organization (SASO). Biko in turn introduced Ramphele to Black activism on and off campus and pursued a romantic relationship with her at the expense of both their marriages. In 1973, Ramphele became pregnant by Biko and in May 1974 gave birth to Lerato Biko, who died from pneumonia at only two months old. She later gave birth to Hlumelo Biko in January 1978.

In 1976, Ramphele along with Biko and their compatriots were arrested for their anti-apartheid activism in King Williamstown (now Qonce). Ramphele was detained for almost five months, and exiled back to Limpopo province, where she spent her childhood. She remained there until 1984. While there, she continued community organizing and established health services, as well as earned Bachelor of Commerce in administration from the University of South Africa and later postgraduate diplomas in Tropical Health and Hygiene and Public Health from the University of the Witwatersrand.

After her exile was lifted in 1984, Ramphele left for Cape Town to become a researcher with the South African Labour and Development Research Unit at the University of Cape Town. In 1991, she earned a Ph.D. in Social Anthropology and was appointed deputy vice-chancellor of the university. In 1996 she was promoted to vice-chancellor and became the first woman and Black African to hold a vice-chancellor position at a South African university. In 2000, She also became the first African to serve as the Managing Director of the World Bank, holding that position until 2004.

In 2013 Ramphele founded Agang SA, a political party that stood on principles of a corruption-free government and democratic processes. In May 2014 elections, Ramphele’s Agang SA won two party seats in the Nation Assembly but less than one percent of the national vote. Controversy around leadership and finances ensued, creating factions in the party, one of which suspended Ramphele as the party’s leader. On July 8, 2014, Ramphele stepped down as the leader of Agang SA and announced that she was retiring from politics, though she would continue to support community and humanitarian campaigns for change.