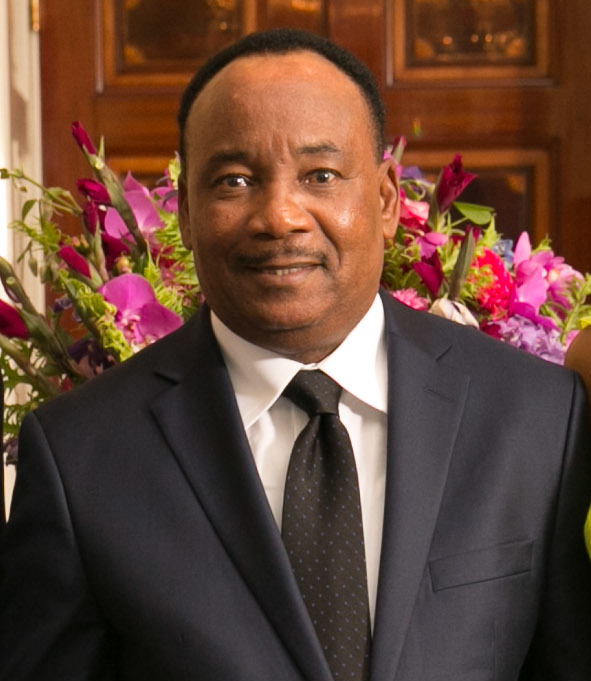 Mahamadou “Zaki” Issoufou, a Hausa mining engineer, was born on New Year’s Day, January 1, 1952, in Dan Daji, French West Africa, now the Republic of Niger. An engineer by trade, Issoufou studied at Ecole des Mines de Saint-Étienne in Saint-Étienne, France, from 1977 to 1979. In addition, he served as National Director of Mines for Niger from 1980 to 1985 before becoming Secretary-General of the Mining Company of Niger (SOMAIR). He is married to Aïssata Issoufou Mahamadou, a chemist and chemical engineer and mining specialist from Mainé-Soroa and president of the Guri-Vie Meilleure Foundation. Issoufou selected a second wife, Lalla Malika Issoufou, a Nigerien medical doctor who is also president of the Tattali Iyali Foundation, an infectious diseases center. There are three children in the Issoufou family.

In 1990 Issoufou was a co-founder of the Nigerien Party for Democracy and Socialism–Tarayya. And from 1993 to 1994, he served as prime minister under Niger’s first democratically elected president, Mahamane Ousmane.

In 2011, Issoufou was democratically elected president of Niger in a national election organized and led by military leaders. He received more than 58 percent of the vote to defeat Seini Oumarou, who received 42 percent. The country was returned to civilian rule and his platform included undermining the Salafi-Jihadist al-Qaeda in the northern part of Niger.

Issoufou was re-elected President in 2016, receiving 92.98% of the vote. Three years later in 2019, he and his government hosted the first Africa Continental Summit to be held in Niamey, the capital of Niger. This Summit focused on the continent-wide “New Vision for Peace,” climate change, terrorism, women’s rights, and economic growth and development. More than 2,000 delegates from all the independent African nations attended along with dignitaries, scholars, and heads of state and government from 70 nations across the African continent and around the world.

In 2020, after two terms in office as president, Issoufou left the country’s highest position. His departure marked the first peaceful democratic transition between elected leaders without the military playing role, since obtaining independence from France in 1960. The following year in 2021, former President Mahamadou Issoufou received the Ibrahim Prize for Achievement in African Leadership named after the Sudanese-born billionaire British entrepreneur and philanthropist, Mo Ibrahim. The prize included $5,000,000 and was awarded to him for his leadership after winning the Presidency and successfully leading one of the poorest economies in the world.