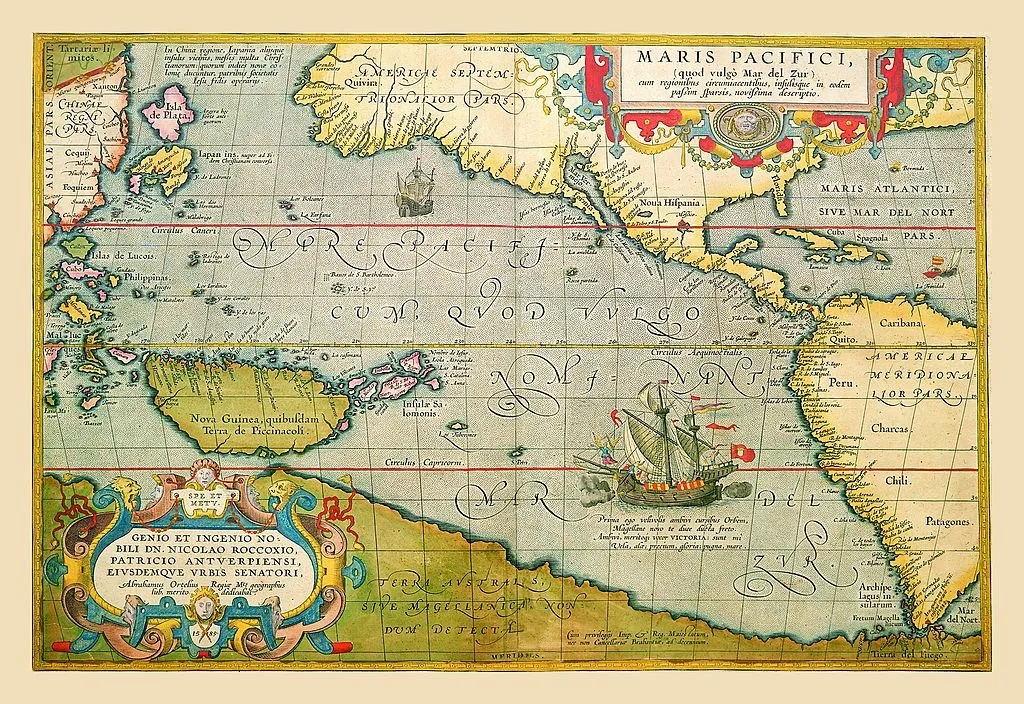 In 1564 Lope Martin, an Afro-Portuguese mariner, navigated the first round-trip voyage in the Pacific Ocean from Mexico to the Philippines and back to Mexico during the sixteenth-century Age of Exploration. Details about Martin’s parents or his childhood as a mulatto growing up in Lagos, Portugal, are unknown. Like many young men in the port city, he worked on the docks loading, unloading, cleaning, and repairing ships. At some point, Martin moved to Spain, where he mastered the language and regional accent of Andalusia while also convincing people he was a native Spaniard. Smart and ambitious, he enrolled in classes to become a ship’s pilot (navigator). Eventually, he earned a reputation as one of the best pilots in Spain.

Cutthroat competition with Portugal for economic advantage in potentially lucrative markets in Asia inspired Spain’s King Phillip II in 1564 to secretly launch four ships from Barra de Navidad, on the west coast of Nueva España (Mexico) to the Philippines to establish a base and then return home. King Phillip personally selected Martin to pilot one of the fleet’s ships, the San Lucas, with a crew of 20, captained by Alonso de Arellano.

The fleet cast off on the early morning of November 21, 1564. When a storm separated the San Lucas from the rest of the fleet, Captain de Arellano continued to sail to the Philippines alone with the expectation that the other three ships, including the huge flagship galleon San Pedro with fleet commander Miguel López de Legazpi, would either catch up or be reunited with the San Lucas in the Philippines. This assumption overestimated the trust of Legazpi and his officers, who viewed the initiative taken by the captain and pilot of the San Lucas as an opportunistic scheme to claim glory as the first ship to arrive in the Philippines directly from Mexico.

The crew of the San Lucas waited and searched in vain in the Philippines for the fleet’s other three ships until they lost patience and decided to return to Mexico despite lacking the support and security the other vessels would have provided. Martin used all of his nautical skills in what was an often terrifying four-month return voyage plagued by assorted hardships (rats, food shortage, disease, etc.).

Arriving at Barre de Navidad, on August 9, 1565, for two months, Martin and his crew members were celebrated as heroes until accusations of treason were leveled and given credence by colonial government officials. These officials conspired to send Martin on a resupply mission on the San Jerónimo to the Philippines, knowing that Legazpi would hang him upon arrival. But Martin, aware of the plot, managed to successfully foment a mutiny and briefly captained the San Jerónimo until a faction in the crew marooned him and his cohorts on a South Pacific island. Martin vanished from the official historical record, but there is the possibility he and his fellow crew may have assimilated into the island’s population, or he may have been picked up later by a passing ship and relocated elsewhere. That mystery remains but his triumph, piloting the first round-trip voyage across the Pacific and back, established the route Spanish vessels retraced for the next two centuries.

Andrés Reséndez, Conquering the Pacific: An Unknown Mariner and the Final Great Voyage of the Age of Discovery (Boston: Houghton Mifflin Harcourt, 2021); Robert Fikes, Jr., “Rescued From Oblivion: Lope Martin, Master of the High Seas,” https://afropean.com/rescued-from-oblivion-lope-martin-master-of-the-high-seas/; Interview with Andrés Reséndez at https://www.discovermagazine.com/planet-earth/the-forgotten-tale-of-a-black-mariner-during-the-age-of-exploration; “The Untold Story of an Unknown Explorer…” (Aljazeera) at https://www.tellerreport.com/news/2021-10-21-the-untold-story-of-an-unknown-explorer—-how-did-history-erase-the-biography-of-the-black-seas-who-%22opened%22-the-pacific-ocean-.BJghuV00St.html.