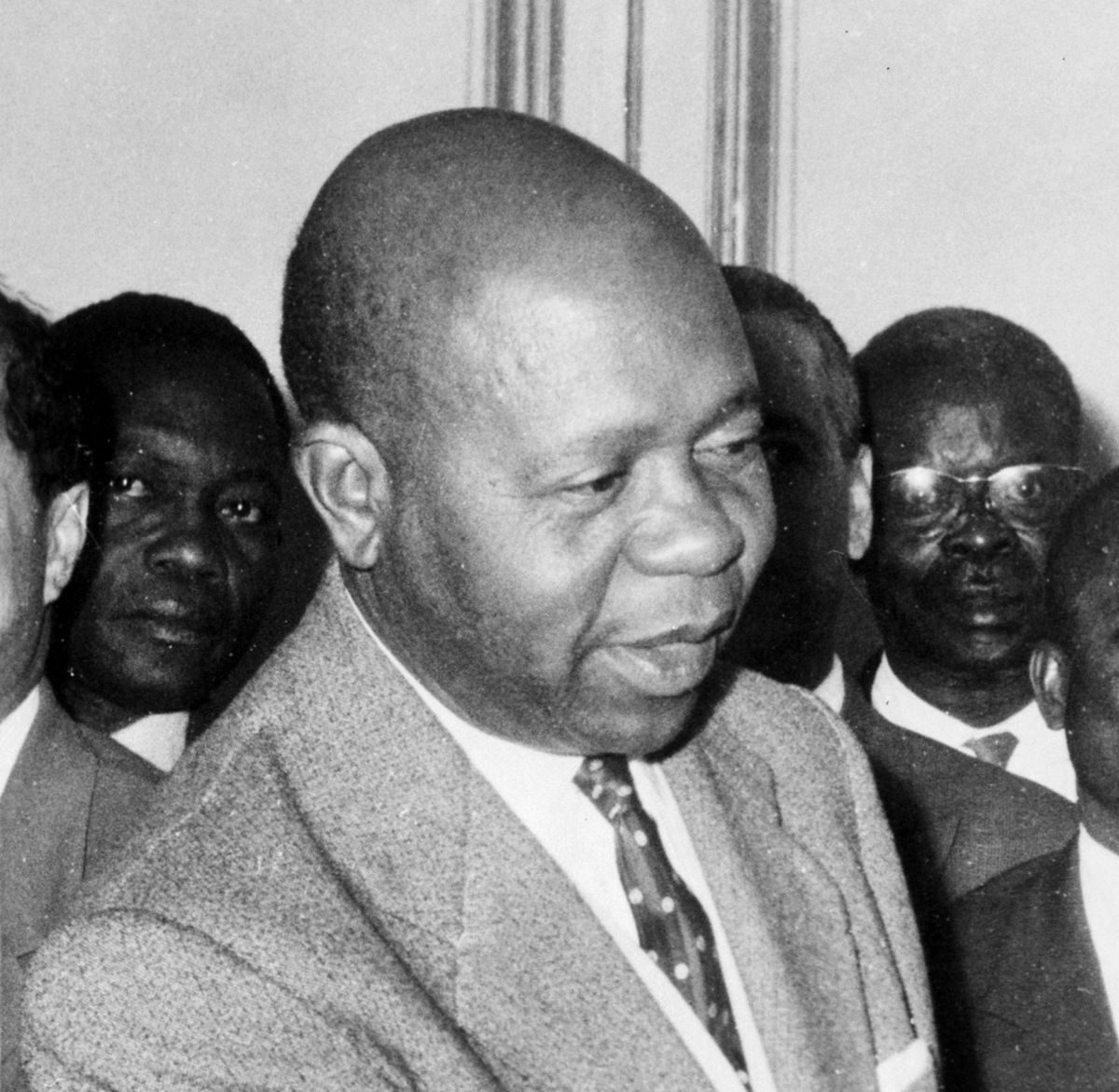 Gabriel Léon M’ba was the first President of Gabon. He was born in Libreville, Gabon, French Equatorial Africa on February 9, 1902, and was a member of the dominant Fang ethnic group. Both of his parents had some western education. His father was a small business manager and village chief. His mother was a seamstress. M’ba received a basic education from Catholic missionaries at a school in Libreville.

As a young man, M’ba worked a variety of jobs: store manager, lumberjack, and trader. Around 1920 he was hired as a customs agent for the French colonial administration. In 1924 he was appointed head of a canton (county) in Estuary Province. M’ba was an authoritarian administrator and would have colonial subjects whipped if they did not show him proper respect. He was also suspected of embezzlement. He developed connections with a local traditional secret society the Bwiti sect which was blamed for a woman’s murder and M’ba was charged with complicity in the crime. He was not convicted but he was later charged and found guilty of embezzlement and abusive treatment of laborers. He spent some time in prison and from 1933 to 1946, he was in exile in the neighboring French Colony of Oubangui-Chari (now the Central African Republic).

In 1946 French officials allowed M’ba to return to Gabon where he became involved in nationalist politics. In 1952 he was elected to the Territorial Assembly. In 1957 he was elected major of Libreville, the capital and major city of Gabon. In preparation for independence, the French established an Executive Council that was given administrative responsibility over Gabon. M’ba became Vice-President of the council and soon after, President.

On August 17, 1960, Gabon became independent with M’ba as head of state. In 1961 a presidential form of government was established and M’ba was elected President of Gabon. The new constitution created a “hyper-presidency” giving M’ba power over all branches of the government. He was a paternalistic and authoritarian leader and soon a cult of personality was promoted around M’ba. He proclaimed a one-party state in 1964. Opponents criticized him for being too pro-French, too conservative, and too powerful.

On February 17, 1964, a group of 150 Gabonese soldiers headed by Lieutenants Jacques Mombo and Valerie Essene arrested prominent politicians and forced M’ba to announce his resignation as President. A provisional government was formed and M’ba was sent to Lambarene, 250 kilometers from the capital. The French government responded by sending French paratroopers into Gabon and restoring M’ba to power. Once back in power M’ba had over 150 people connected with the coup arrested and imprisoned. He also created a presidential guard headed by a French former secret agent to protect him from future attacks. The presidential palace was heavily guarded. From that point, M’ba feared assassination and rarely left the presidential palace.