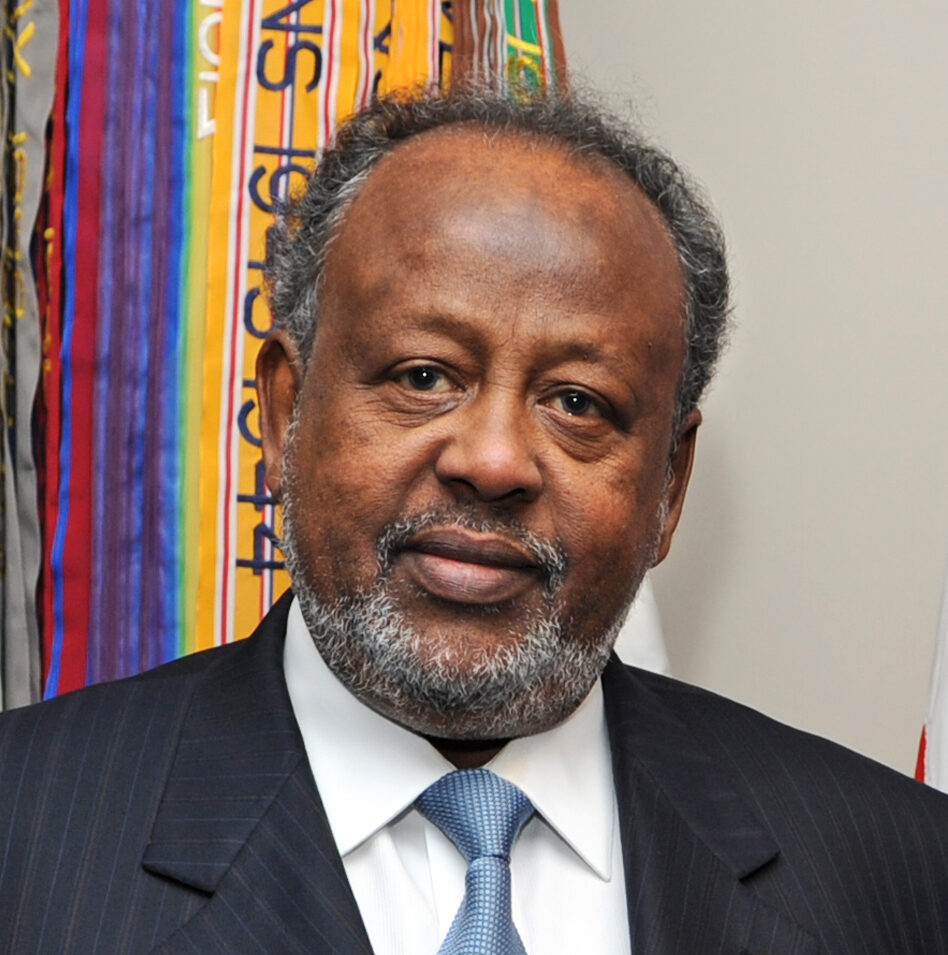 Ismaïl Omar Guelleh, the President of Djibouti, was born on November 27, 1947, in Dire Dawa, Ethiopia to Omar Guelleh and Moumina Rirache into the Mamassans clan of the Issa. Upon completing a traditional Islamic secondary school in 1968, he worked as a civil servant with the French colonial administration of the Republic of Djibouti, and two years later, he became a police inspector.

Guelleh was installed as president of Djibouti, a strategically located nation on the coast of East Africa, in 1999, following the political footsteps of his uncle, Hassan Gouled Aptidon, a former president who had led the country since independence 22 years earlier. Guelleh is married to Kadra Mahamoud Haid, and they have two daughters, Haïbado Ismaïl Omar, and Fatouma-Awo Ismail Omar. However, she has a son, Naguib Abdallah Kamil, from a previous marriage.

In the 2005 election, Guelleh was the only candidate on the ballot and secured 100 percent of the vote. In 2006, Guelleh conferred the full university status to the University of Djibouti in Djibouti City. In 2015, Guelleh met with India’s Prime Minister Narendra Damodardas Modi during a Bilateral Meeting of the 3rd India Africa Forum Summit in New Delhi to discuss enhancing ties between India and Djibouti regarding trade, economy, and cultural development.

In 2021, His excellency Ismaïl Omar Guelleh won a 5th term as president of Djibouti in a multi-party election. He received 97.44% of the vote. Guelleh’s major political rival in the nation, the Union for National Salvation (USN), however, boycotted the last election claiming it would not be free or ethical. The president continues to support the close ties his country has with France which had controlled the nation during the colonial era. France granted Djibouti independence in 1977. Guelleh has promoted the economic integration of African nations but has resisted calls to merge his small country with its larger neighbors, Ethiopia, Eritrea, and Somalia. Guelleh has also managed to maintain close ties with the United States, Russia, and China who all consider Djibouti vital to their international interests.