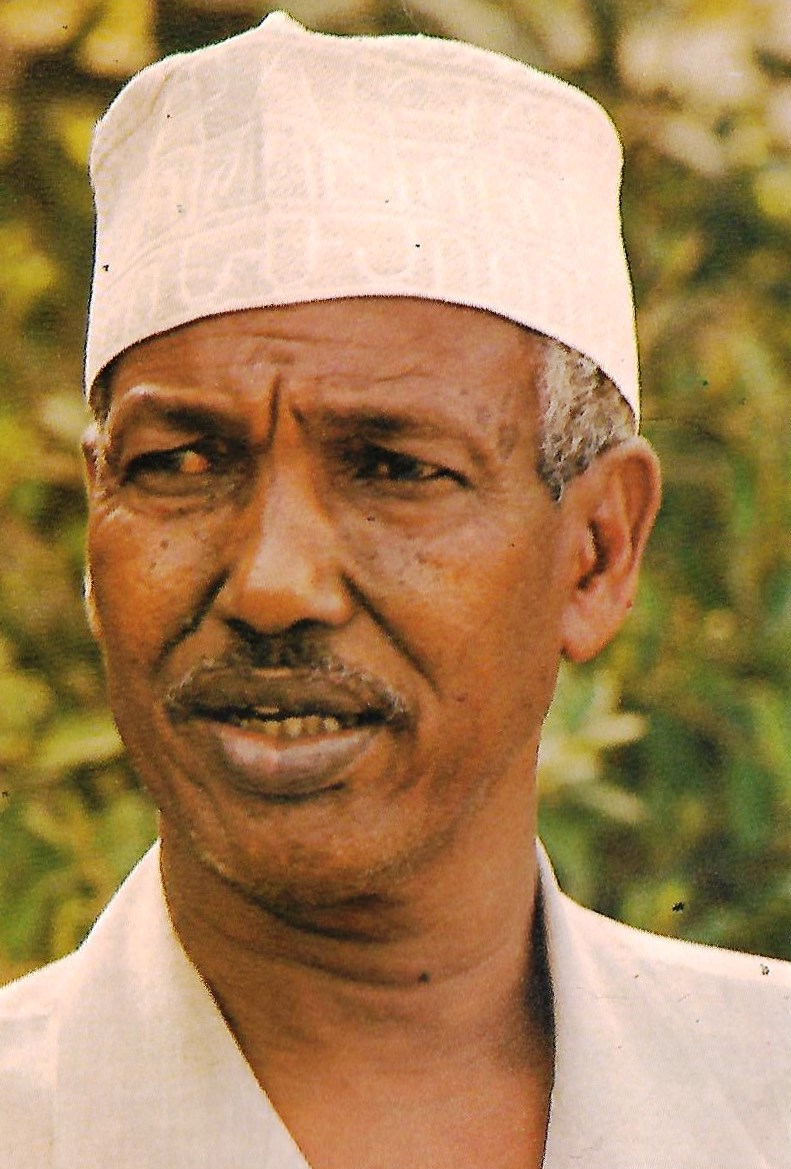 Hassan Gouled Aptidon was the first President of Djibouti. He was born to Issa nomads at Garissa near the port of Zeila in French Somaliland on October 15, 1916. At the age of 14, he left home and traveled to Djibouti the largest city in the colony of French Somaliland. After being taken in by Catholic missionaries. Aptidon worked as a street trader and eventually became a contractor.

The United Nations and the Organization of African Unity (OAU), however, continued to pressure the French to relinquish control. After ten years of pressure, the French and the Somalis, represented by Aptidon, came to an agreement. The French would support independence and, in return, would be allowed to retain 4,000 French troops at their naval base after independence. This proposal was put to a referendum and with Aptidon’s support, it passed. Aptidon and the French argued that continued French presence would be important for the economy and security of an independent Somaliland. A landslide of 98.8% of the electorate supported disengagement from France.

On June 27, 1977, French Somaliland became independent and was renamed Djibouti with Hassan Gouled Aptidon as President. Aptidon maintained close relations with France and other Francophone African states. He also proved to be an able mediator between neighboring states that had disagreements. In an effort to quell tensions between the Afar and Issa communities a one-party state was created in 1981. Previously political parties tended to be ethnically based which Aptidon felt was divisive in the new state.

Aptidon was re-elected with no opposition in 1987. The Afar community felt neglected by the Aptidon administration and in 1991 an Afar-inspired rebellion broke out against his rule. The rebellion was harshly repressed by Aptidon’s government.

In 1992 a new constitution was adopted that allowed multiple political parties. Four parties soon emerged which eased the tensions between the various segments of the society.

Aptidon suffered several illnesses in the 1990s and often went to Paris for medical treatment. In his absences, he would leave his nephew, Ismail Omar Gulleh, in charge. In 1999 he retired to his home and Gulleh succeeded him.

Famous in his country for his love of poker, coffee, and smoking, Aptidon was married to Aicha Bogoreh until she died in 2001. He then remarried. On November 21, 2006, Hassan Gouled Aptidon died at the age of 90.