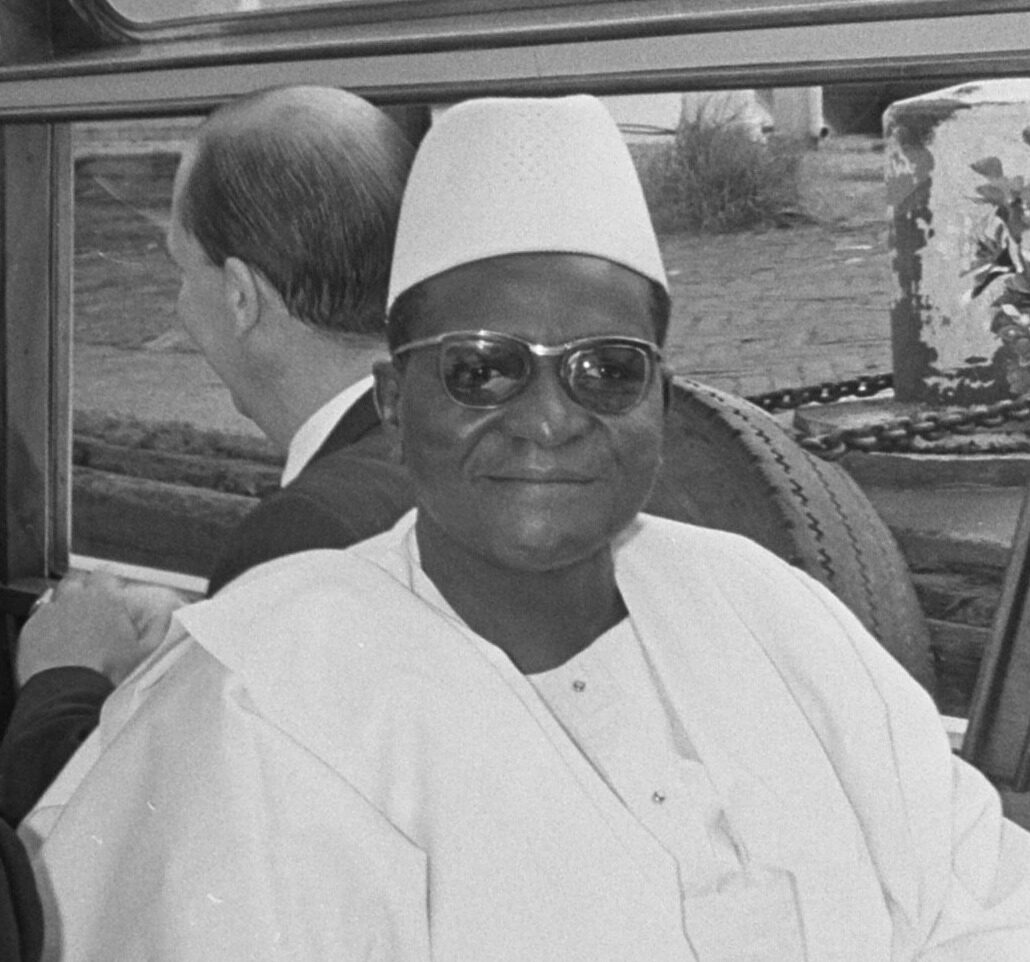 Hamani Diori was the first President of Niger. He was born June 6, 1916, in Soudoure, Niger, French West Africa. His father was a public health officer. After attending local schools, he went to the William Ponty Teacher Training College in Dakar, Senegal. After completing his education, he returned to Niger, then a colony of France, and worked as a teacher from 1936 to 1938. He then had the opportunity to teach the Hausa and Djerma languages to students in France and moved to Europe.

Upon his return to Niger in 1946 he became the headmaster of a school in Niamey, Niger’s capital. He also became involved in local politics. He was a founder of the Progressive Party of Niger, a branch of the African Democratic Rally which existed throughout French West Africa. In 1946 he was elected to the French National Assembly as a representative from French West Africa.

Demands for autonomy from France grew in the 1950s. In 1958 Diori campaigned for greater autonomy for France’s African possessions within the French Community. This was endorsed by French West Africans in a referendum and in 1958 Diori became President of the Council of Ministers overseeing the Niger colony.

By 1960 the demands for complete independence from France were overwhelming. On August 3, 1960, Niger became an independent country with Diori as interim head of state. On November 11, 1960, he was elected President of Niger.

Diori presided over a government that was moderate and maintained close ties with France. He was also active in mediating disputes between African countries. Charges of corruption were leveled against his government and his wife, Aissa Diori.  She owned many luxury houses in the capital which she rented to foreign embassies and businessmen at very high rates. She also obtained a large amount of prime agricultural land on the Niger River. Many Nigeriens disparaged her as “The Austrian,” a reference to the flamboyant French Queen Marie Antoinette. The government’s poor handling of a drought and, subsequent, famine heightened charges of corruption and incompetence against Diori and his regime. On April 13, 1974, a group of military leaders led by Army Chief of Staff Lieutenant Colonel Seyni Kountche overthrew the Diori government.

Hamani Diori was imprisoned by the new government from 1974 to 1980. His wife, Aissa, was shot and killed during the coup. Between 1980 and 1987 Diori remained under house arrest in Niamey. In 1987 he was finally allowed to leave the country. He moved to Rabat, Morocco, and lived there until his death on April 23, 1989, at the age of 72.

Hamani Diori was married to Aissa Diori. They had six children, one of whom, Abdoulaye Hamani is a Nigerien businessman.