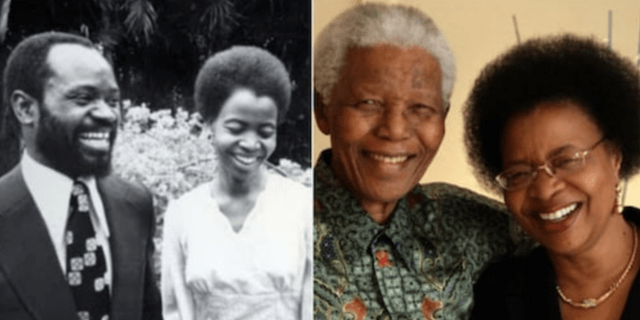 Graca Machel, only woman in world history to be first lady of 2 nations (Pulse Nigeria)

Graca Simbine Machel is a former freedom fighter, prominent educator, philanthropist, and the only woman in modern times to be first lady of two nations, Mozambique and South Africa. Graca Simbine was born on Oct. 17, 1945 at Incadine, Gaza Province, Mozambique. Her father died 17 days before she was born, leaving her mother a widow with several young children to rear. Mozambique was a Portuguese colony at the time. As a young child and teenager, she was educated at a Methodist mission school in Mozambique. She excelled in school; earning a scholarship to attend the University of Lisbon in Portugal where she studied German. She developed a love of languages and today is fluent in her native Xitsonga, Portuguese, French, German, Italian, and English.

While at university she met other students from Mozambique and other Portuguese colonies in Africa. She became involved with students demanding Mozambique’s independence and joined FRELIMO (Front to Liberate Mozambique) which was dedicated to securing that independence. FRELIMO was founded in 1962 and by the late 1960s would engage in a protracted war that ended in 1975 with Mozambique gaining independence.

As a FRELIMO member Graca was asked to teach in a school for the children of refugees and FRELIMO fighters who had fled Mozambique to Tanzania. She was also trained as a freedom fighter by FRELIMO. During her work she became acquainted with prominent party leader Samora Machel and in 1975 the two married. Mozambique gained independence on June 25, 1975 with Samora Machel as President and Graca Machel as the new nation’s first lady. The couple had two children: Josina Z. Machel and Malengani Machel.

Machel was also Minister of Education and Culture from 1975 until 1989. As Education Minister the number of children enrolled in primary and secondary school in Mozambique rose from 40% of children to 90% for boys and 75% for girls.

In 1986 Samora Machel died in mysterious circumstances when his plane crashed near the border with South Africa. A few years later Graca Machel resigned as Education Minister and turned her attention to helping expand children’s educational opportunities. She set up the Foundation for Community Development in Mozambique in 1994.

In 1996 she presented a report (later published) to the United Nations, The Impact of War on Children, that changed the way the global agency responds in conflict zones. Since then, she has worked tirelessly in support of global health, child welfare, and women’s rights and empowerment. Her dedication to helping children and her philanthropic endeavors were recognized in 1997 when the United Kingdom named her an Honorary Dame Commander in the Order of the British Empire.

Machel became acquainted with Nelson Mandela after his release from prison on Robben Island. They developed a close relationship and were married on July 18, 1988 (Mandela’s 80th birthday). Mandela was President of South Africa and Graca became the First Lady.

After Mandela’s death in 2013, Graca Mandela continued to be active in national and international efforts to help children and the less fortunate. She is a founding member of “The Elders,” an independent group of former global leaders formed in 2007 by Nelson Mandela to work together for peace and human rights. Graca Mandela is also the Chancellor of the University of Cape Town, Chancellor of the African Leadership University, President of the School for Oriental and African Studies (SOAS) at the University of London, and an active leader in numerous other educational and charitable organizations.