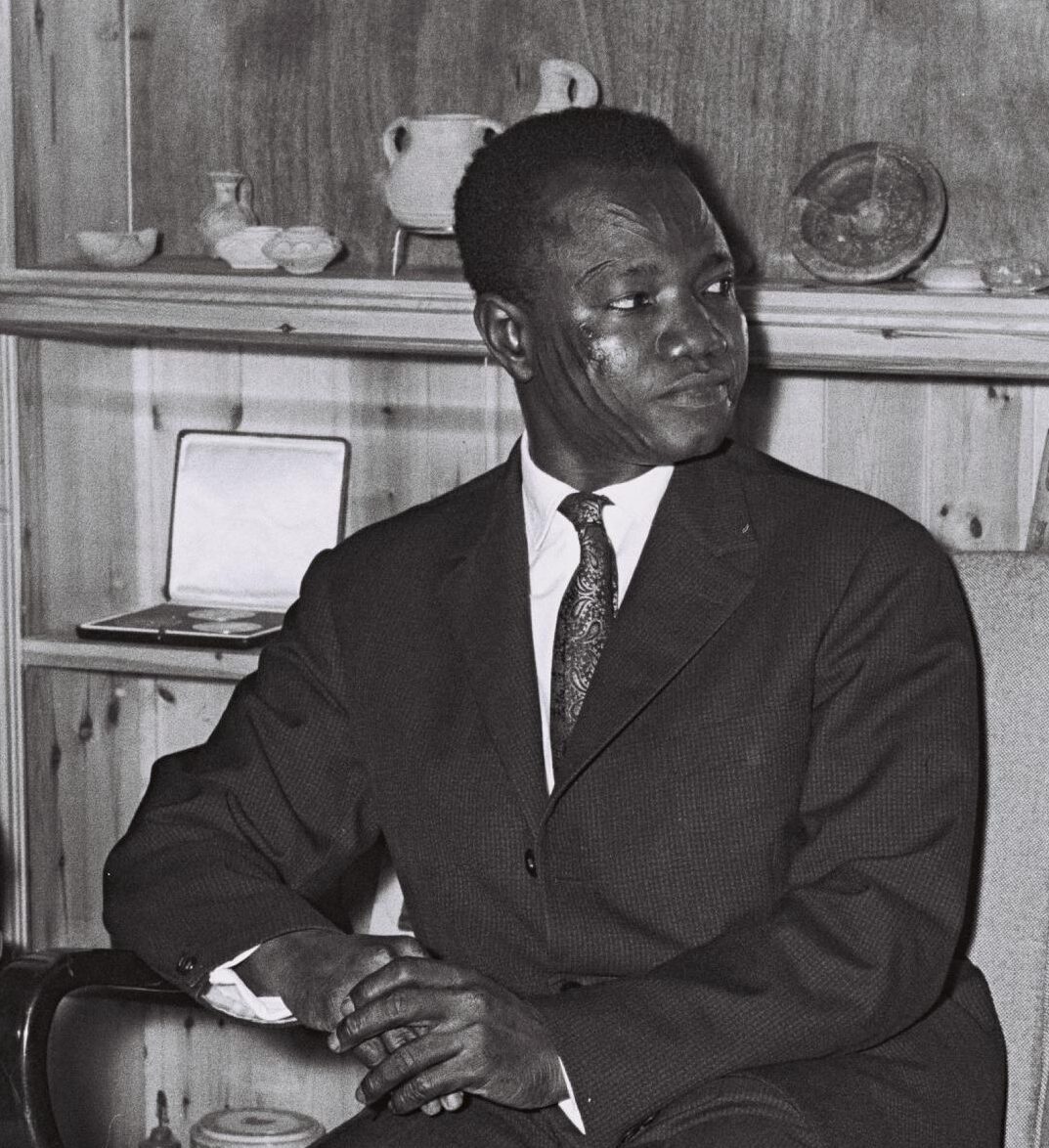 François Tombalbaye was the first President of Chad. He was born on June 15, 1918 in the village of Bessada in southern Chad which was then a French colony. His family were from the Sara ethnic group. Tombalbaye attended primary school in the town of Sarh and secondary school in Brazzaville, the capital of neighboring French Congo.

After completing his education, he became a teacher in Chad. He also became active in local trade unions which led to his involvement in politics. In 1946, Tombalbaye helped form the Chadian Progressive Party. His participation in politics resulted in being banned from teaching and he was forced to earn a living as a brickmaker. He persisted, however, in and political activities. In 1952, he was elected to a seat in the colonial assembly established by the French. By 1959, he was leading the colonial government and ushering Chad toward peacefully severing colonial ties and gaining independence. On August 11, 1960 Chad became an independent country with Tombalbaye as President.

Independence brought many challenges to the Chadian government. Chad was a vast nation with diverse territory and few natural resources. The communication and transport networks were poorly developed. The population was impoverished and also ethnically diverse. The northern part of the country was Muslim and heavily influenced by north African culture. The southern part practiced traditional religions or Christianity with cultural ties to coastal colonies like Nigeria and the Ivory Coast.

Tombalbaye’s government was dominated by southerners which created friction with the north. In 1962, he banned all political parties, except his party. He eliminated Muslim opponents and promoted southerners, particularly Sara, within the government. The following year he dissolved the National Assembly and created a Special Criminal Court to investigate and bring criminal charges against his opponents.

In 1963, anti-government riots broke out in northern Chad which were harshly repressed by the military. By 1964, Tombalbaye’s major political opponents were either in prison or exile. In 1965 armed rebel groups emerged in the north of the country to challenge the central government. With the support of the French Foreign Legion, Tombalbaye fought a guerrilla war against the Moslem rebels from his country’s northern and eastern desert regions.

Tombalbaye continued to hold power using repressive measures and French support. However, relations with France became strained when French civil servants who had remained after independence were dismissed and replaced by Chadians (mostly southerners and Sara). Charges of favoritism, corruption, and abuse of authority were levied against Tombalbaye and his ministers.

In the early 1970s, Tombalbaye instituted a policy of “chaditude.” He encouraged Chadians to forsake European names and adopt Chadian names. He replaced his name “François” with N’Garta. Colonial geographic place names were replaced with Chadian designations. He ordered all high government officials, civil servants and military officers to undergo the initiation ceremony of Yondo. The ordeal, which Tombalbaye himself underwent as a teen, involved flogging, facial scarring, drugging and mock burial. These actions further alienated many Chadians, especially those in the north and east of the county which were predominantly Muslim.

Under this worsening economic, social and political situation the Chadian army decided to act. On April 13, 1975 army officers and police surrounded Tombalbaye’s residence and requested his surrender. He refused, resisted, and was shot and killed.

Tombalbaye was 56 at the time of his death. Information about his personal life, wife and children is not available.