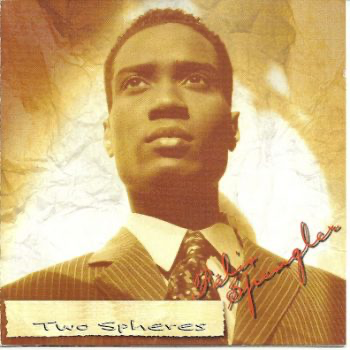 Virtuoso Afro-Cuban pianist Felix Spengler was born on March 17, 1960, in La Habana, Cuba to Noemi and Felix Spengler, Sr. He has two siblings and began his musical career at 4, studying violin in Cuba with violinist Alfredo Muñoz and later with Misha Vitenson at Florida International University. He began piano at the age of 7 at the Conservatorio Amadeo Roldan and la Escuela Nacional de Arte in Havana, Cuba. Spengler’s family fled Cuba during the Mariel boatlift of 1980 partly because he was not allowed to finish his high school education there because of his religious beliefs at that time.

Spengler studied piano performance at the Manhattan School of Music in New York City where he received the Bachelor of Music and Master of Music degrees, respectively in 1986 and 1991. From 1991 to 1992, he studied Orchestral Conducting at the Juilliard School. During this period, he also worked with the Board of Education of the City of New York as a Bilingual Special Education and Music Teacher until 1993.

Spengler began his professional music career in 1996 when he released his first CD, Two Spheres: Memories from Cuba on the Piu Mosso Label, Virgen Artists Productions. His CD came out while he was Director of Music at Crawford United Methodist Church in New York City, a post he held until 1999.

Since that time Spengler has performed throughout the United States as well as in Spain, Italy, Germany. In 2000, he appeared in the television presentation of “The Sabina Christiansen Show,” which aired nationwide on German television to showcase EXPO 2000 in Hanover, Germany.

From 2001 to 2005, Spengler was Keyboard Studies Coordinator at Florida Memorial University, Department of Visual & Performing Arts. He was featured on live performance and interviewed for CBS Television’s “Eye on the People” and WLRN TV’s “Beethoven and More.”

In 2005 Spengler, was invited to play Rachmaninoff’s Second Concerto on the 100th anniversary of the composer’s work in Rachmaninoff’s hometown of Oneg, near Semyonovo, Russia. While in Russia he was a soloist with the St. Petersburg State Symphony Orchestra. Additionally, he performed in Argentina, Austria, and Miami in 2011 with the Coral Springs, (Florida) Symphony Orchestra. In 2012 he performed at the Broward Center for the Performing Arts in Ft. Lauderdale, Florida. In 2013, Spengler performed as a soloist with Violinist Misha Vitenson at Weill Recital Hall, Carnegie Hall in New York City.

The founder and Director of the Ars Musicum Academia in Hallandale, Florida in 2004. Spengler earned the Doctor of Philosophy degree from Rutgers University, New Jersey, in 2016. Felix Spengler continues his career as a Concert Pianist and a pianist for opera productions.