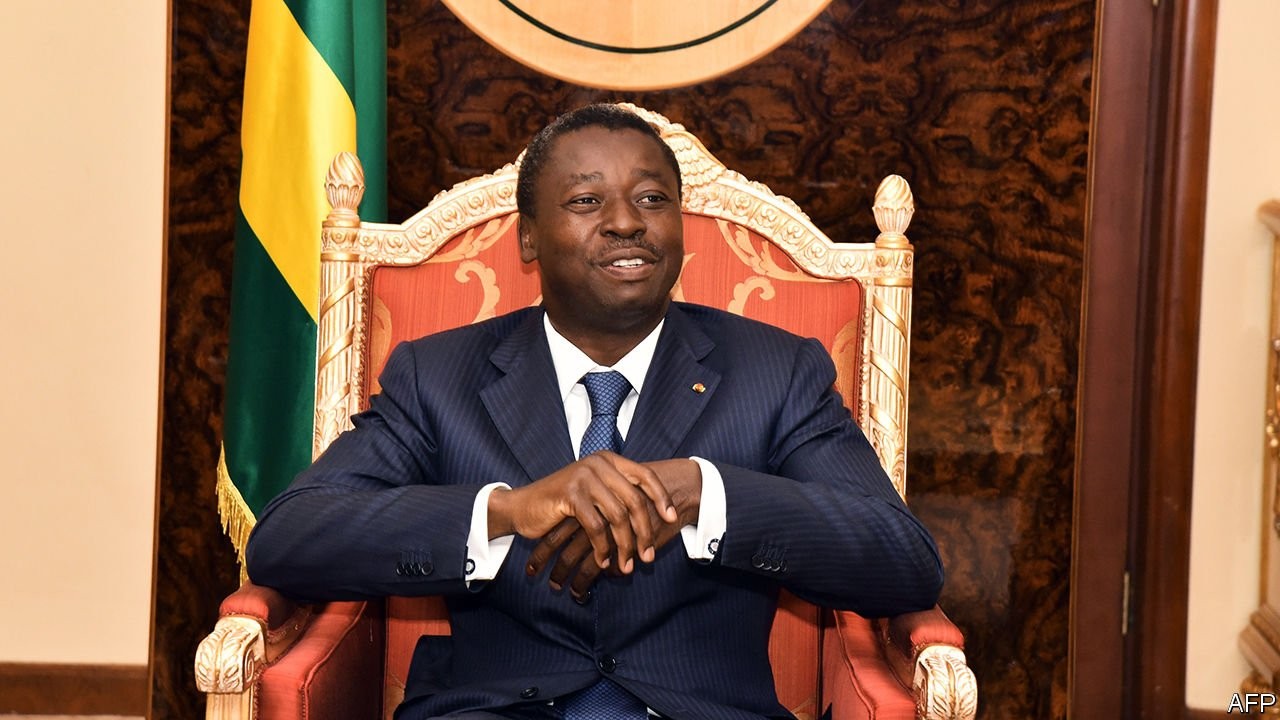 A year after his birth in 1967, Gnassingbé’s father seized power in a military coup that overthrew the government of President Nicolas Grunitzky. His father then became president of Togo.

Gnassingbé was educated in Lome, the capital city of Togo and then he studied at the Sorbonne in Paris where he earned degrees in economics and international relations. He next attended George Washington University in Washington, D.C. where he earned a Master’s degree in Business Administration. He later returned to Togo to be a financial advisor to his father and to manage his father’s vast business interests.

In June 2002 Gnassingbé ran for a seat in parliament and won. He represented the Blitta area and was soon afterwards appointed Minister of Transportation, Mines and Equipment by his father. In 2002 the Togolese constitution was amended to lower the eligibility age for president from 40 to 35 (Gnassingbé was 36 at the time).

On February 5, 2006 his father, President Etienne Gnassingbé Eyadema, died. The military stepped in and named Faure as his father’s successor to the presidency. This coup was denounced throughout Africa and the world. International pressure was applied and Gnassingbé responded by briefly stepping down. The speaker of parliament, Bonfoh Abass, was appointed interim president until an election could be held in April, 2006. Gnassingbé was elected president with 60% of the vote. On May 4, 2006 Gnassingbé was installed as president of Togo.

After months of negotiations, in August 2006 Gnassingbé signed an agreement with opposition groups providing for their inclusion in the government. Gnassingbé sought better relations with European leader in an effort to get badly needed foreign aid. In 2009 a coup attempt was made by Gnassingbé ’s half-brother, Kpatcha, a former defense minister and another half-brother, Essolizam. The coup was unsuccessful and in 2012 Kpatcha was sentenced to 20 years in prison while Essolizam was acquitted.

In 2010 Gnassingbé was re-elected in 2012 he formed a new political party, the Union for the Republic, which won a majority of seats in the 2013 parliamentary elections. In the April 25, 2015, presidential election, Gnassingbé was reelected with almost 59 percent of the vote.

In August 2017 demonstrations were held demanding a two-term presidential limit be implemented and applied retroactively. Protestors also demanded a two-round presidential election system. The government refused their demands and protests continued sporadically through 2018.

The legislative elections in December 2018 were boycotted by the protesters which resulted in Gnassingbé’s party and allies winning a majority of seats—enough to pass constitutional amendments. In May 2019 a constitutional amendment was passed limiting a president to two terms of office. However, the amendment was not retroactive. giving Gnassingbé the option to run in 2020 and 2025, potentially serving as president until 2030. Gnassingbé ran in the election of February 2020 winning more than 70% of the vote. Gnassingbé is married to Nana Ama Kufuor.