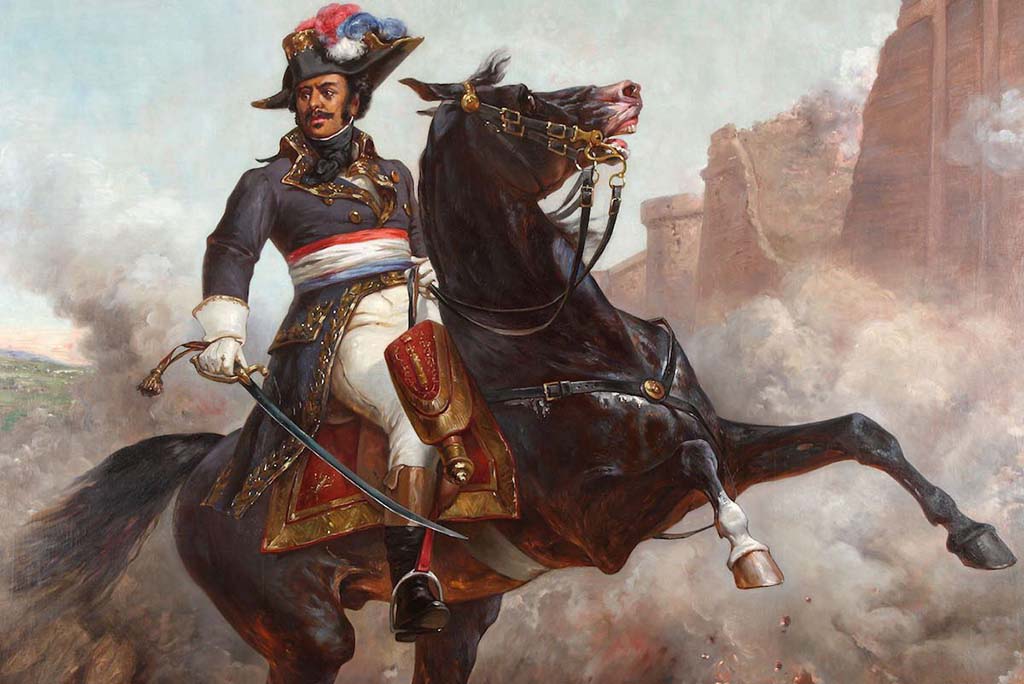 Thomas-Alexandre Dumas was a mulatto born in the French colony of Saint Domingue (Haiti). He joined the French Army as a private and rose to the rank of a General during the French Revolution. Dumas is probably best known for fathering the famous French writer Alexandre Dumas (père).

The son of the lesser French nobleman Alexandre-Antoine Davy, Marquis de la Pailleterie, and a black slave woman, Thomas-Alexandre Dumas was born on the island of Saint Domingue on March 25, 1762. In 1772, the Marquis returned to France, followed by his son in 1776. As Dumas grew into manhood he moved to Paris, enjoying life with the financial support of his father. But soon after the senior Davy married his second wife, he suspended the payments to his son.

Without any income, Thomas-Alexandre Dumas decided to join the French Army in 1786. At the request of his father, he enlisted under his mother’s name Marie Dumas, in order to preserve the family’s reputation. During the French Revolution Dumas became a devout republican serving in an all-black unit known as “La Légion Américaine.” This dedication helped him being catapulted from the rank of a corporal to that of a general of a division in less than two years.

Dumas’ relationship with Napoleon Bonaparte, under whom he served in the Italian campaign between 1796 and 1797, was ambivalent. Napoleon admired Dumas’ bravery and appreciated his military expertise, but the general’s hot temper and his low opinion of Bonaparte often got Dumas into quarrels with his commander. Despite his skepticism about the purpose of the campaign, Dumas followed Napoleon to Egypt in 1798. Disappointed with the Army’s lack of military success, aware of his declining relationship with Napoleon and in poor health, Dumas left Egypt in February 1799.  He was shipwrecked off the Italian port of Taranto where he was made prisoner of war by the Neapolitans for two years.

After he was finally released in 1801, Dumas sailed home having lost all of his possessions. Dumas spent his last years recovering from his time as a prisoner with his family in Villier-Cotterêts. Once and again he offered his service to Napoleon, but waited in vain to be restored to active duty. Only the birth of his son Alexandre in 1802, who would later become one of the most famous French writers, brought joy and hope into Dumas’ life. On February 27, 1806, Dumas died at the age of 44.