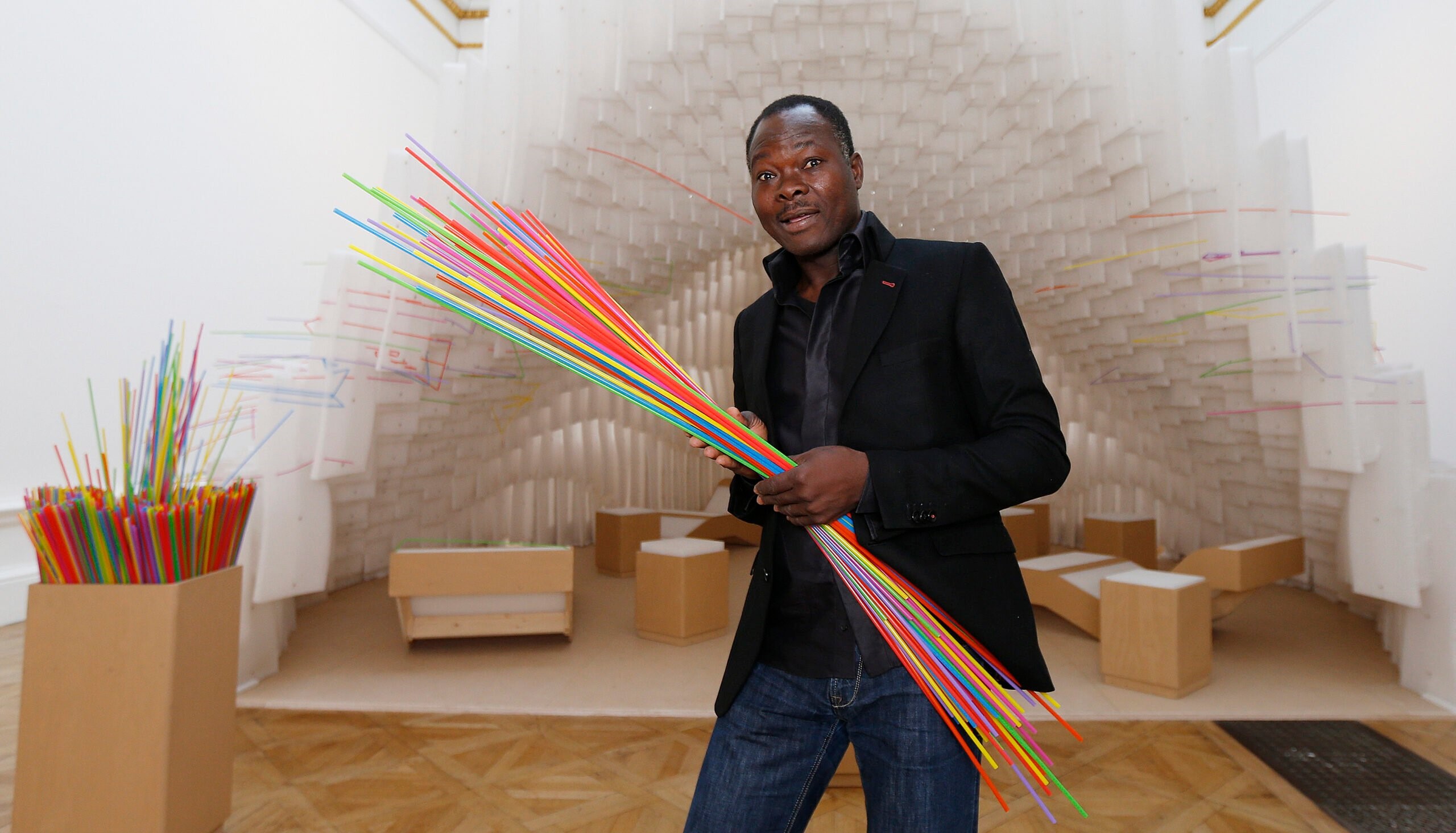 Diébédo Francis Kéré is a Burkinabe architect internationally known for his innovative, often sustainable, and collaborative work. He is the first African to win the prestigious Pritzker Prize, often referred to as the Nobel Prize of architecture.

Kéré was born on April 10, 1965, in the village of Gando in Burkina Faso. He was the eldest son of the village headman and the first in his community to go to school, only there was no school in the town of Gando, so he left his family at the age of seven.

In 1985 he traveled to Berlin, Germany on a professional scholarship as a carpenter, learning to make roofs and furniture by day while attending secondary school by night. In 1995, he received a scholarship to study at the Berlin College of Applied Sciences, graduating in 2004 with a degree in architecture.

Although far from Burkina Faso, Kéré never turned his thoughts away from his homeland. In 1998 he founded the association “Schulbausteine fuer Gando e.V.,” later renamed the Kéré Foundation e.V., to raise funds and advocate for children’s right to comfortable classrooms. Their first building, the Gando Primary School (2001, Gando, Burkina Faso), was built by and for the people of Gando. From conception to completion, local people provided their input, labor, and resources, handcrafting almost every part of the school. The architect has imaginatively combined indigenous materials with modern technology.

In 2004, his first building – the Gando Primary School, which he designed, financed and realized in collaboration with the residents of his hometown while still a student at the Technical University of Berlin – won the prestigious Aga Khan Award for Architecture, earning him great recognition right at the start of his career. In 2005, he founded his architectural practice, Kéré Architecture GmbH, as well as the Kéré Foundation e.V., a non-profit organization that supports projects in Gando.

Since then, Kéré has become one of the most important contemporary architects in the world, whose vision is both utopian and pragmatic. Inspired by the specifics of each site and its social fabric, he and his team work on projects on four continents. These include his designs for the National Assembly of Burkina Faso, the Lycée Schorge secondary school, the Léo surgical clinic and health canter, the 2017 Serpentine Pavilion, and Xylem, the recently opened pavilion for the Tippet Rise Art Centre.