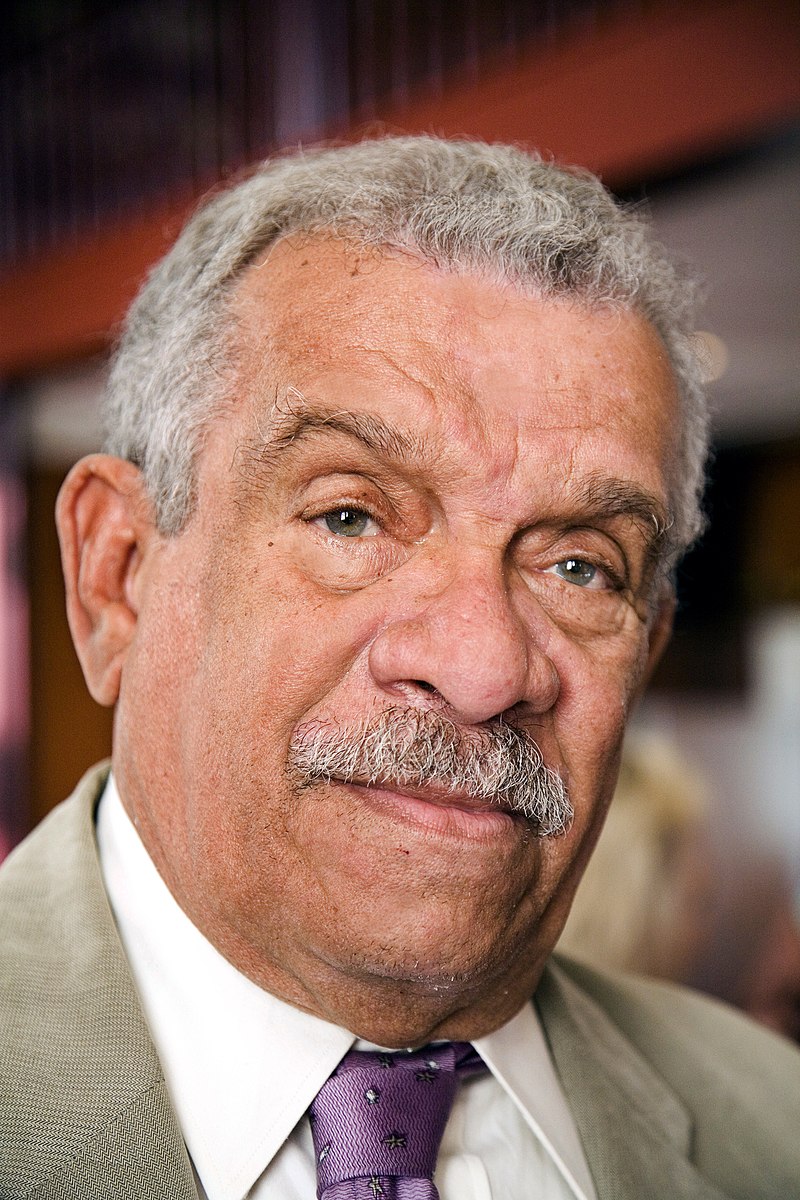 A professor, poet, and playwright of English, Dutch, and African descent, Derek Walcott was a 1981 MacArthur Foundation “Genius” grant recipient who received the Nobel Prize in Literature in 1992.

Born on January 23, 1930 to Warwick, a civil servant, and Alix Maarlin Walcott, an elementary school teacher, Derek Alton Walcott, his twin brother Roderick, and sister Pamela were raised in Castries, Saint Lucia, in the West Indies by their mother after their father died when the twins were one year old.

Walcott’s first published poem was printed in the newspaper The Voice of St Lucia at age 14. Inspired by his father, a talented painter and encouraged by his mother, a lover of the arts, Walcott studied painting and writing. By 19, he had self-published his first two collections: 25 Poems (1948) and Epitaph for the Young: XII Cantos (1949).

He received a scholarship to study at the University College of the West Indies in Mona, Jamaica, where he majored in French, Latin, and Spanish. At college, he began writing plays. His first, about the revolutionary Haitian leader Henri Christophe, was produced in St. Lucia in 1950. He graduated with a Bachelor of Arts in 1953.

After graduation, Walcott moved to Trinidad, where he became a critic, teacher, and journalist. In 1959, he and his twin brother founded the repertory company Little Carib Theater Workshop, which later became the Trinidad Theater Workshop.

Heavily influenced by the modernist poets T.S. Eliot and Ezra Pound, Walcott became internationally prominent with the collection In a Green Night: Poems 1948-1960 (1962). But it was his epic poem Omeros (1990), re-imagining the Trojan War as a Caribbean fishermen’s fight, which cemented him in the literary firmament.

During his expansive career, Walcott shifted between poetry, playwriting, and directing. His most well-known play is Dream on Monkey Mountain, which debuted off-Broadway in 1971 and for which he won an Obie Award. He wrote the book and collaborated with the singer and songwriter Paul Simon on the lyrics for The Capeman in 1998. The musical ran for only 68 performances and became one of the most expensive flops in Broadway history.

As a teacher and lecturer, Walcott crisscrossed the globe. He was the University of Alberta’s first distinguished scholar in residence, served as Professor of Poetry at the University of Essex from 2010 to 2013, taught at Columbia University, and at Boston University (1981-2007). While there, he founded the Boston Playwrights’ Theatre.

Walcott’s illustrious legacy was touched by scandal in 2009 when he was accused of sexual harassment by a former Harvard student.

As he created work such as White Egrets (2011 T. S. Eliot Prize) which showcased his reverence for the English language and his creative use of it to celebrate the Caribbean and its people, Walcott married three times, producing a son and two daughters.

A Knight Commander of the Order of Saint Lucia, the recipient of numerous awards such as a Royal Society of Literature Award, Sir Derek Walcott died after a long illness on March 17, 2017. He was 87.