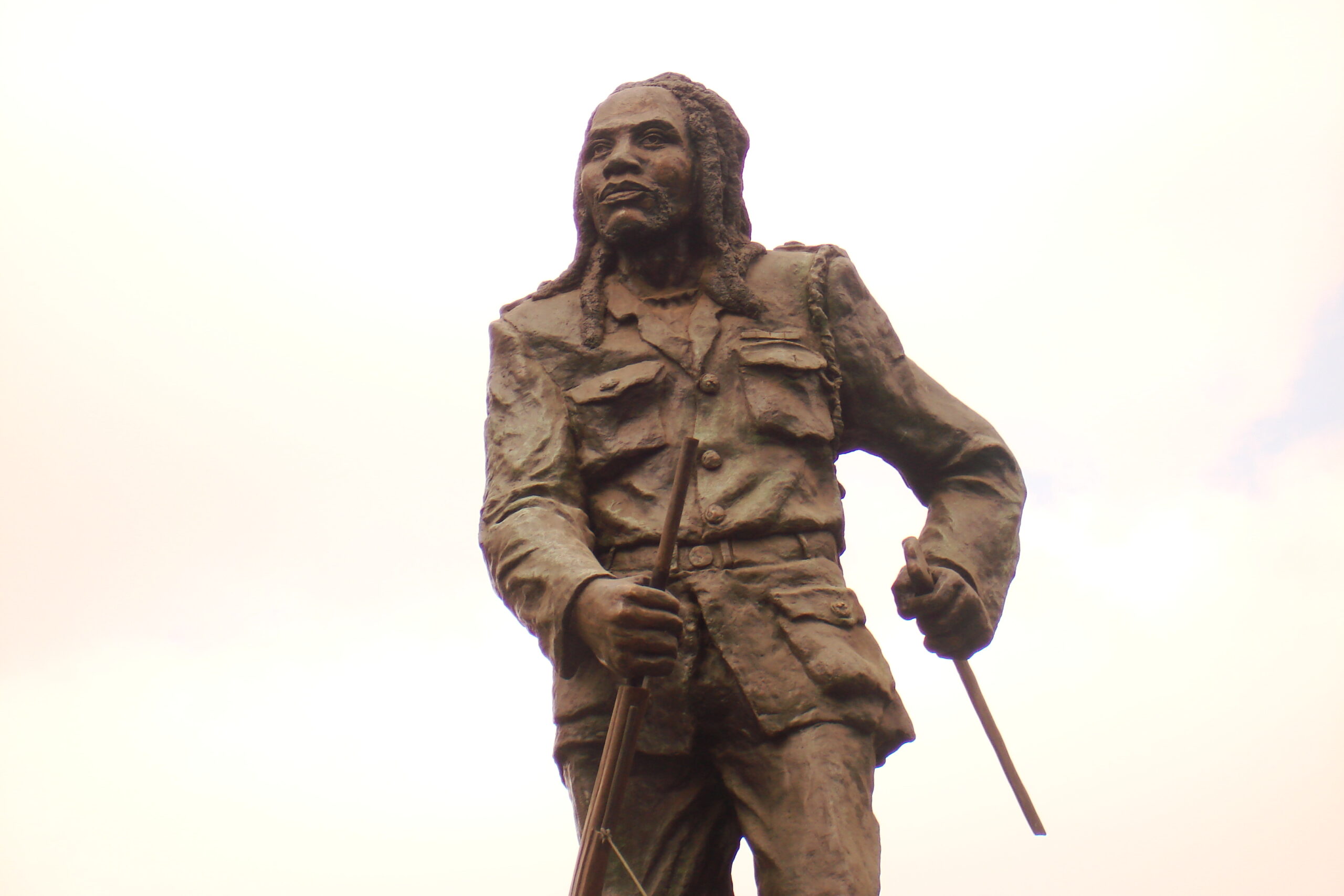 Dedan Kimathi was a rebel field marshal fighting the British colonial authorities in Kenya during the Mau Mau rebellion of the 1950s. The violent rebellion remains a controversial part of Kenyan and British history. The rebellion instigated the creation of a system of detention camps which saw the incarceration of some 80,000 Kikuyu people in Kenya.

Kimathi was born at Kanyinya in the Nyeri District of Central Province. In 1941, he enlisted as a sweeper with the King’s African Rifles (KAR) only to desert the role soon after learning of the terrible conditions African soldiers were subjected to.

After a short stint working as an “untrained teacher,” between 1947 and 1949 Kimathi joined the Kenya African Union (KAU), the first national political party in Kenya, and served as a secretary for the Ol Kalou branch. From working in this branch, Kimathi became involved with the Mahimu committee who played a central role in transforming and spreading the practice of oathing within the Mau Mau movement.

Kimathi rose to prominence within the movement in the early 1950s, first acting as an oath administrator, a method of initiation and a way of ensuring loyalty within the Mau Mau movement. He quickly became a leader of the Mau Mau fighters who migrated into the forests to fight the British forces after the declaration of the State of Emergency in late 1952.

After a relentless campaign to capture Kimathi and his insurgents, the British colonial government’s tribal police captured him alone early on October 21st 1956 in the emergency trenches dug to separate the “native reserve” and the Nyandarua forest.

The nature of Kimathi’s arrest is still contested. Yet the recorded version of events is that Dedan Kimathi was shot and captured by tribal police constable Ndirangu Mau, who claimed that he shot Kimathi in the leg as he attempted to re-enter the forest and evade capture.

Kimathi’s capture was a momentous victory for the British, who saw him as the focal point of the uprising without which the forest fighters could not function.

After a laborious and intricate trial, on November 19th 1956, Chief Justice Kenneth O’Connor found Kimathi guilty of unlawful possession of a firearm and ammunition, actions made illegal by the Emergency Regulations put in place by the British Government in an attempt to quell the violence of the rebellion.

On November 19, 1956, at the Supreme Court of Kenya at Nyeri, the colonial government sentenced Kimathi death. In the early hours of 18th February 1957, Kimathi was hanged to death at Kamiti prison and according to documentation, buried within its grounds.

The exact location of his grave has never been found.