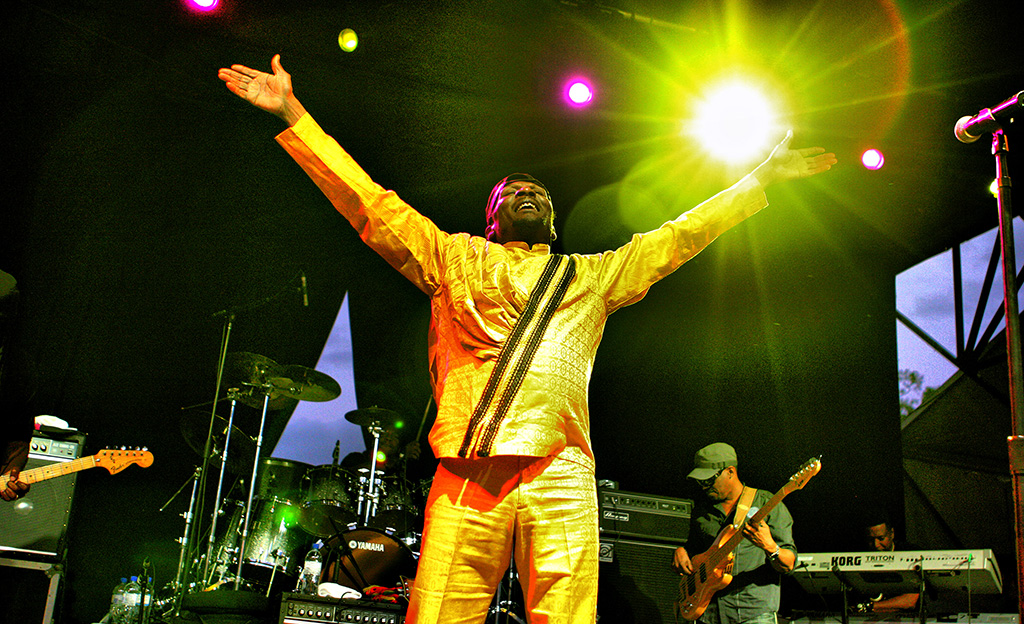 Born in St. Catherine, Jamaica on April 1, 1948 as James Chambers, the ska-reggae musician Jimmy Cliff proved to be an accomplished performer at an early age. At age 14, Chambers moved to Kingston and took the surname Cliff as a proclamation of the heights he would reach. In Kingston, Cliff recorded two unsuccessful singles before he met Leslie Kong, a producer and founder of the record label, Beverly’s. On Kong’s label, Cliff released the 1962 hit, Hurricane Hattie and numerous other recordings throughout the rest of the 1960s. Cliff moved to the United Kingdom in the late 1960s, at the beckoning of Island Records but continued to work closely with Kong. The songs he released seeded the development of ska in Jamaica and England.

Cliff’s song, Waterfall, won the Brazilian International Song Festival in 1967 and in 1968, he moved to that nation because it seemed receptive to his music. He followed up Waterfall with the release of the protest song, Vietnam.  In 1970, he enjoyed new success with his cover of the Cat Stevens song, Wild World.

This continuous succession of hits, however, appeared to wane after the release of the album, Another Circle, in 1971. He returned to Jamaica and left Island Records as they increasingly focused their attention on Bob Marley. It was at this time that Jimmy Cliff adopted the Muslim faith and the name, Na’im Bashir.

In 1972, Cliff starred in the film, The Harder They Come. The film and its soundtrack, comprised mainly of songs by Cliff, were released in the United States in 1975. Their instant popularity, along with his album Follow My Mind on the Reprise/EMI label, propelled Jimmy Cliff into stardom. Cliff continued to record for Reprise/EMI for 10 years, releasing albums that were innovative, refusing to return to traditional reggae sounds. He switched to Columbia Records in 1981 and launched his own record label, Sunpower. His 1985 album Cliff Hanger won a Grammy Award and his cover of I Can See Clearly Now for the soundtrack to the film, Cool Runnings reached the Top 20 chart in the United States in 1993. Cliff continued his acting career in the films Club Paradise and Marked for Death.

Jimmy Cliff continues to record music and tour the world.