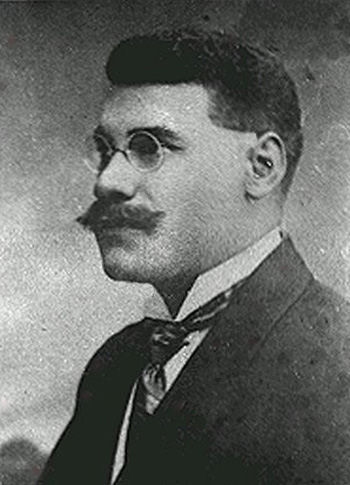 W.E.B. DuBois once lauded Dantès Bellegarde as the “International Spokesman of Black Folk” for his active career as a Haitian diplomat, historian, and advocate for the ending of United States’ occupation of Haiti.

Louis-Dantès Bellegarde was born on May 18, 1877 in Port-au-Prince, Haiti. He was raised in a poor mulatto family. His impoverished yet petite-bourgeoisie background descended from several figures in Haitian history; his maternal great-grandfather Jacques Ignace-Fresnal was an Army officer, Haiti’s first minister of justice, and the founder of Haitian Freemasonry. His paternal grandfather, General Jean-Louis Bellegarde, was a former Governor of Port-au-Prince.

Dantès Bellegarde was also a devout family man. In 1902, he married Cécile Savain, then a schoolteacher, and together they had seven children: Auguste, Argentine, Jeanne, Marie, Simon, Fernande, and Jean Bellegarde. Patrick Bellegarde-Smith, a contemporary leading scholar in Haitian Studies, is the grandson of Dantès Bellegarde.

Bellegarde was educated in Haitian schools and gained a baccalaureate from Haiti’s Lycée Pétion in Letters and Sciences with top honors. Dantès Bellegarde was soon afterwards appointed as the Haitian minister to Paris in 1921. This was the beginning of an extensive international political career. His posts for the Haitian government included the Ministry of Education where he offered sweeping reformatory ideas for the Haitian educational system, and the Ministry of Agriculture and Public Instruction. Bellegarde’s dedication to the masses of Haitian citizens led him to criticize the United States military occupation of Haiti (1915-1933) at the League of Nations.

In 1921, Bellegarde became a key participant in the Second Pan-African Congress, forming lasting ties and relationships with other Pan-Africanists such as W.E.B. DuBois, Rayford Logan, and Jean Price-Mars. At the Fourth Pan-African Congress in 1931, Bellegarde presented a recommendation for an inter-dependent economic policy between the United States, Canada, and Latin America. In early September of 1930, Bellegarde delivered what is regarded as his career defining speech to the Eleventh Assembly of the League of Nations, entitled “The U.S.A. and Latin America at the Bar of the League of Nations.” Bellegarde held that American foreign policy was a danger to world peace. This speech was regarded as a work of oratorical and diplomatic brilliance, and received press coverage in major media outlets around the world.

Dantès Bellegarde also wrote several important books on Haitian history including Un Haitien parle (1934), La nation haïtienne (1938), and Histoire du peuple haïtien, 1492-1952 (1953). He often served as contributing editor to Phylon, an academic journal started by DuBois and dedicated to the study of African Americans, during the 1940s. Bellegarde also served as a professor at the National Law School in Haiti, and in 1939-1940 he was a visiting professor of French at Atlanta University.

Bellegarde was an advocate of Haitian assimilation towards French culture, language, and Roman Catholicism. This stance isolated him from an emerging Haitian Marxist political left as well as mid-twentieth century Negritude proponents. Louis-Dantès Bellegarde died in Port-au-Prince on June 14, 1966, just over one year after the passing of his wife Cécile.