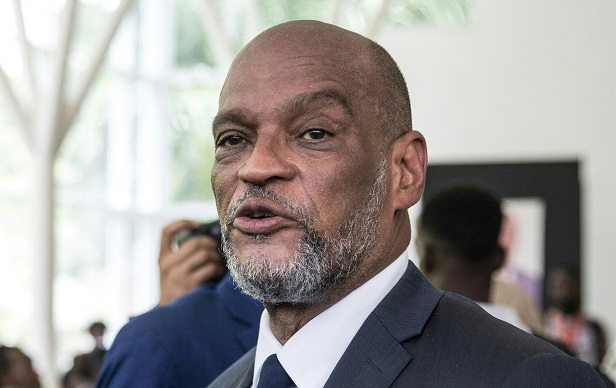 Henry earned a Doctor of Medicine degree from the Université de Médecine de Montpellier, France, in 1983. Upon graduating, he worked as an Assistant in neurosurgery in the Neurosurgery Department at CHU du Gui de Chauliac à Montpellier from 1983 to 1985. Afterward, he was the Administrator of the Adventist Hospital of Haïti until 1987. In 1989 Henry received a Master of Public Health degree from Loma Linda University in Loma Linda, California. The following year in 1990, he did Post-doctoral studies in management methods for international health at Boston University. This same year, Henry joined the Faculty of Medicine at the State University of Haïti while also working as a professor of neurosurgery for surgical residents of the Hospital of the State University of Haïti until 1995. He continued as a consultant o Pan American Health Organization (PAHO)/ World Health Organization (WHO) until 1996.

In 2004, Henry was affiliated with the Council of Sages that supported the rebellion that deposed and exiled the country’s president, Jean Bertrand-Aristide. From 2008 to 2011, Henry was Chief of staff to the Minister of Public Health and Population in Haïti. During that period, he addressed strategies and treated people infected by the epidemic of cholera that killed more than 10,000 amid the destructive earthquake of 2010. In 2015, Henry was Minister of the Interior and Territorial Communities. During the beginning of the coronavirus era in 2020, he became a member of the Scientific Unit for the management of the Covid-19. In addition, in 2018, Henry co-authored “Bridging the gap: creating a self-sustaining neurosurgical residency program in Haïti,” published in Neurosurg Focus Volume 45.

On July 20, 2021, Ariel Henry was sworn in as Haïti’s 23rd Prime Minister in Port-au-Prince and the seventh person to hold that position appointed without any legislative approval by the unpopular President Jovenel Moïse, who ruled by decree as the president of Haïti from 2017 until his assassination in 2021. Early in 2022, Prime Minister Ariel Henry escaped an assassination attempt in his native land.