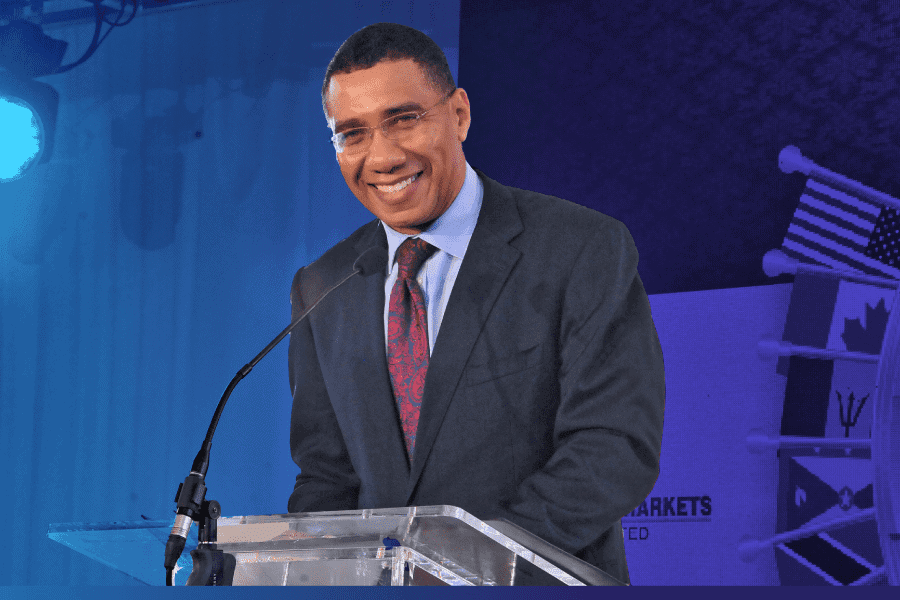 The Most Honorable Andrew Michael Holness, Prime Minister of Jamaica, was born on July 22, 1972, in Spanish Town, Jamaica, and named in honor of former Prime Minister of Jamaica Michael Manley to Morris Holness, a farmer and socialist, and Carol Harvey Williams, a civil servant. He has three brothers and two sisters. Holness graduated from St. Catherine High School in Kingston in 1990 and earned a Bachelor of Science degree in Management Studies from the University of the West Indies (UWI) in Mona in 1994 while he was the Executive Director in one of Jamaica’s oldest non-government organizations, the Voluntary Organization for Uplifting Children. In 1996, he completed a Master of Science degree in Development Studies from UWI.

In 1997 at the age of 25, Holness was first elected as a Member of Parliament (MP) to represent the Constituency of West Central St. Andrew. Also, that year Holness married the Most Honorable Juliet Landell, from St. Catherine, Jamaica, and a member of the House of Representatives. They parented two children, Adam Holness and Andrew Holness II.

Holness was sworn in as Minister of Education in 2007. While heading that department, he was the Opposition Spokesperson on Education and the Cabinet as Minister of Education. In addition, Holness instituted numerous programs regarding literacy that spotlight Jamaica at a national level, including as Jamaica Teaching Council, National College for Education Leadership, and the National Education Trust. From 2011 to 2012, he was Head of Government, having succeeded former Prime Minister the Honorable Bruce Golding. He led the Jamaica Labor Party and has served as Leader of the Opposition since 2012.

In 2016, Holness at age 44, became the youngest Prime Minister ever to date, the firstborn after National Independence in 1962, and the ninth Prime Minister of the country after the Jamaica Labor Party defeated the People’s National Party at the polls, winning 32 seats compared to 31.

On September 3, 2020, Andrew Michael Holness and the Jamaica Labor Party (JLP) won a reelection victory by a landslide and he was sworn in for another term as Prime Minister of Jamaica. The JLP won 49 seats to the 14 won by the People’s National Party (PNP).