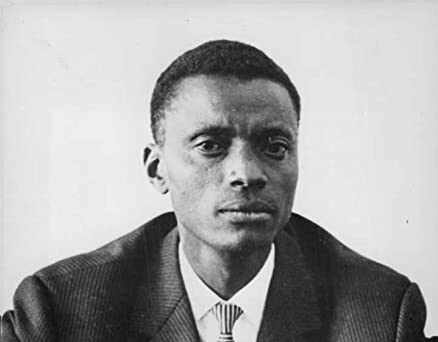 André Muhirwa was the first prime minister of independent Burundi. He was born in 1920 in Murete, Ruanda-Urundi (then a Belgian colony). His father, Mbanzabugabo, was a rural chief. In 1930 when Muhirwa’s father died the Belgian colonial government appointed a successor to the chieftaincy which the local people protested. In response, Muhirwa was sent into exile in Tanganyika by the Belgians. He returned the following year and aided by a Catholic priest, he studied at the Groupe Scolaire de Astrida in Burundi, graduating in 1942.

After graduation Muhirwa was employed as a clerk. In 1944 the Belgian government appointed him Chief of Buhumuza; far from his hometown.

In 1958 Muhirwa supported the crown prince, Louis Rwagasore, and his party in national elections. Two years later, in 1960, Muhirwa had become vice-president of Rwagasore’s party. In 1961 when Rwagasore was elected prime minister of the colony, he appointed Muhirwa Minister of Interior, the number two position in the government.

On October 13, 1961, when Rwagasore was assassinated, André Muhirwa was appointed prime minister by Belgian colonial authorities. Muhirwa conducted negotiations with Belgium to gain Burundi’s independence. On July 1, 1962, the Kingdom of Burundi became an independent country with Muhirwa as its first prime minister. Muhirwa faced opposition within his political party which resulted in intra-party fighting. By 1963 he had lost the support of the Mwami and on n June 7, 1963, he resigned as prime minister. He remained, however, in politics as a Senator.

The population of Burundi consisted mainly of two ethnic groups: Tutsi and Hutu. The Tutsi were the elite in pre-colonial times and became even more powerful during the colonial period. They dominated the political, economic, and social life of Burundi. The traditional rulers (King, chiefs, etc.) were Tutsi. The Hutu, a much larger proportion of the population, were farmers, workers, traders, etc. and, generally, did not hold positions of power in the newly independent nation.

In 1965 Hutu politicians attempted unsuccessfully to overthrow the Tutsi-dominated government. Tutsi retaliation was swift and murderous. Muhirwa directed the retaliation against Hutu intellectuals. For his service, he was appointed Minister of State in 1966. He then orchestrated the July coup that crowned Charles Ndizeye as Mwami Ntare V. After a second coup by Captain Michel Micombero that November, Muhirwa was arrested. He was later released and on November 28, 1967, was appointed to a position with the port authority of Bujumbura, the capital of Burundi.

In 2001 Muhirwa helped found a pro-monarchist political party in Burundi. Muhirwa died on April 28, 2003, at the age of 83. Little is known about his personal life, family, and children.