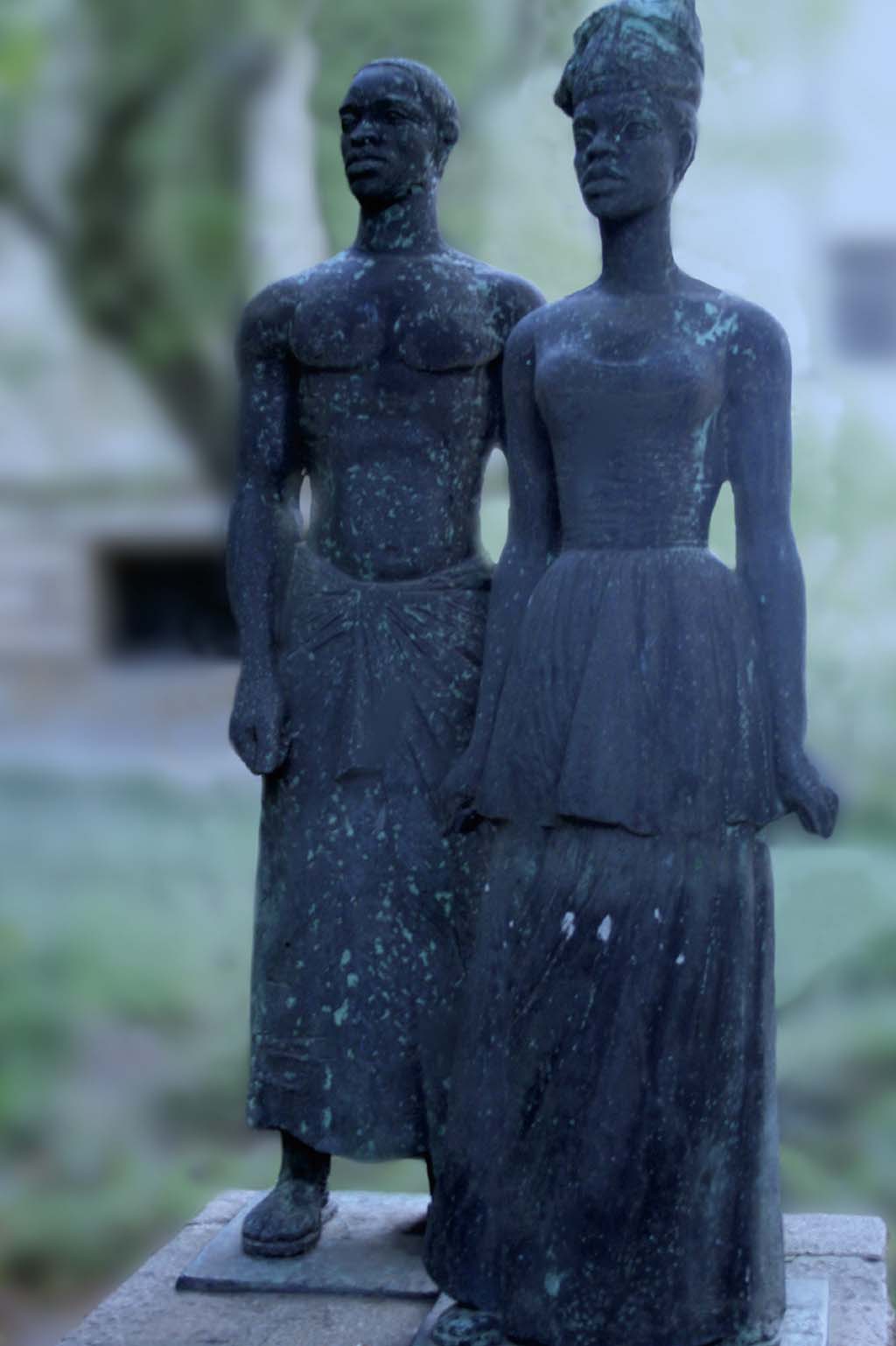 Anton Wilhelm Amo, also known as Antonius Guilielmus Amo Afer ab Aximo in Guinea, was the first intellectual of African ancestry to study in Germany. He obtained a doctorate degree in philosophy and held lectures at the universities of Halle and Jena. Having spent forty years of his life in Germany, Amo returned to his place of birth where he died after 1753.

Amo was born around 1700 on the African Gold Coast in the town of Axim in present-day Ghana. Age seven, he was brought to Amsterdam, Netherlands by the Dutch West India Company who gave him as a present to the Duke of Brunswick-Wolfenbüttel in Saxony. The Duke Ulrich Anton and his son Augustus Wilhelm adopted Amo, baptized him in 1707 and gave him his Christian name Anton Wilhelm. His protectors also allowed him to be educated to a point where he was able to enter the University of Halle.

When Amo started his studies in Halle in 1727, the newly founded University had already acquired a brilliant reputation and was one of the centers of German Enlightenment. The young African soon became skilled in Latin, Greek, Hebrew, French and Dutch and obtained his degree of Master of Arts in Philosophy in 1730.

For reasons unknown, he left Halle to continue his studies at the University of Wittenberg where he defended his dissertation “De humanae mantis apatheia” (On Apathy in the Human Mind) in 1734 and was awarded a doctorate degree. Two years later, Amo was back in Halle and held lectures on philosophical topics, some of them published in his main work, the “Tractatus de arte sobrie et accuarate philosophandi”, a book on logic and psychology of knowledge.

This publication led to a dispute with the dean of the university about Amo’s views and forced the black philosopher to leave Halle in 1739 and apply for a job at the University of Jena. Saddened by the death of his close friend and protector, Johannes Peter von Ludewig, and facing rising racism, Amo left Germany around 1747 and returned to Axim. There he died at an unknown date after 1753, having lived a hermitic life.

In 1965 the University of Halle-Wittenberg raised a statue in memory of Anton Wilhelm Amo. Since 1994 the university also awards the “Anton-Wilhelm-Amo-Prize” for excellent academic achievements of students and postgraduates in honor of the black philosopher.