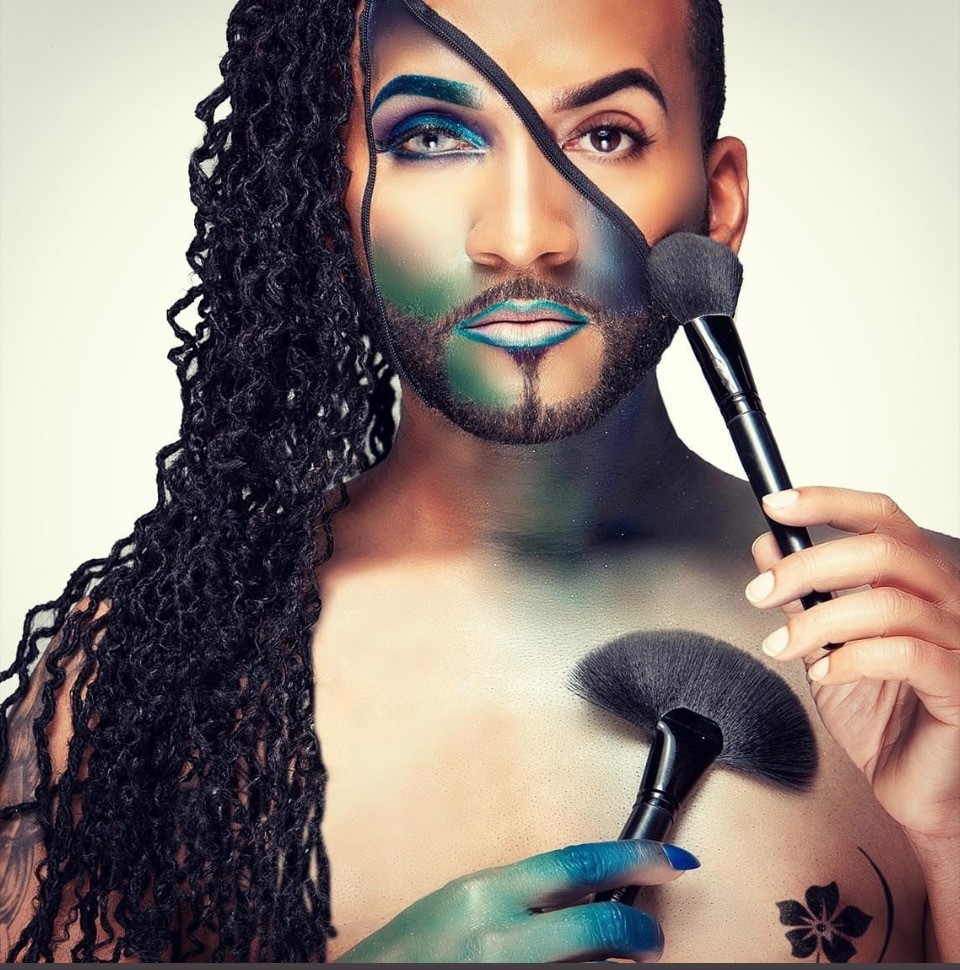 Simon began his early education at Lew Muckle Elementary on St. Croix in 1987. He started his artistic career at 12, performing as Puck in A Midsummer Night’s Dream at Island Center for the Performing Arts in Sunny Isles. At 13, he began Ballet Technique with Pointe Dance Academy in La Grande Princesse.

In 1994, Simon was a freshman at St. Croix Central High School (CHS). There he was active with the Mixed Concert Chorus, Drama Ensemble, Graphic & Fashion Design, Pageantry, and Modern-Jazz Dance Company with Lisa Lenhardt. Simon was noticed at CHS when he performed a principal role in Lorraine F. Joseph’s Purgatory Experience of Booker T. Washington Jones. During this period, he earned a scholarship to study at Ballet Concierto de Puerto Rico. In the tenth grade, he received a scholarship for summer intensive summer training at the Joffrey Ballet School in New York City. In addition, he has studied with Music and Motion Academy of Dance, and Street Theatre Dance Ensemble in Christiansted.

Simon graduated from CHS in 1998. After graduating, he enrolled at the University of the Arts in Philadelphia, Pennsylvania, where he majored in Dance Education, thus qualifying for a teaching certificate. In 1999, he auditioned and became a member of the Eleone Dance Theatre in the city. He was also invited as guest choreographer the V.I. Hal Jackson Talented Teen Pageant. That same year, Simon worked with The Merriam Theater, Philadelphia. The following year, 2000, he became the principal dancer with internationally renowned Koresh Dance Company, also in Philadelphia, under the leadership of Israeli-born choreographer and artistic director Ronen Koresh.

Simon performed with the ensemble at Cerritos Performing Arts Center, Los Angeles, California, in 2002, and in 2003, he was at Annenberg Theater, Philadelphia. Afterward, he performed at the Reichhold Center for the Arts on St. Thomas and conducted a master class. After that invitation, Simon returned to his native island to found Cruzan Dance, Inc. in 2003, comprising Classical Ballet, Modern Jazz, Cultural, Tap, and Hip Hop. However, the name changed to Cruzan Dance Company in 2008.

In 2009, Simon performed in the 1st Anniversary of Patrick Swayze’s Dirty Dancing Celebration fight against Pancreatic Cancer in Lake Lure, North Carolina. In 2010, he was a guest choreographer for the NBA Miami Heat Dance Team.