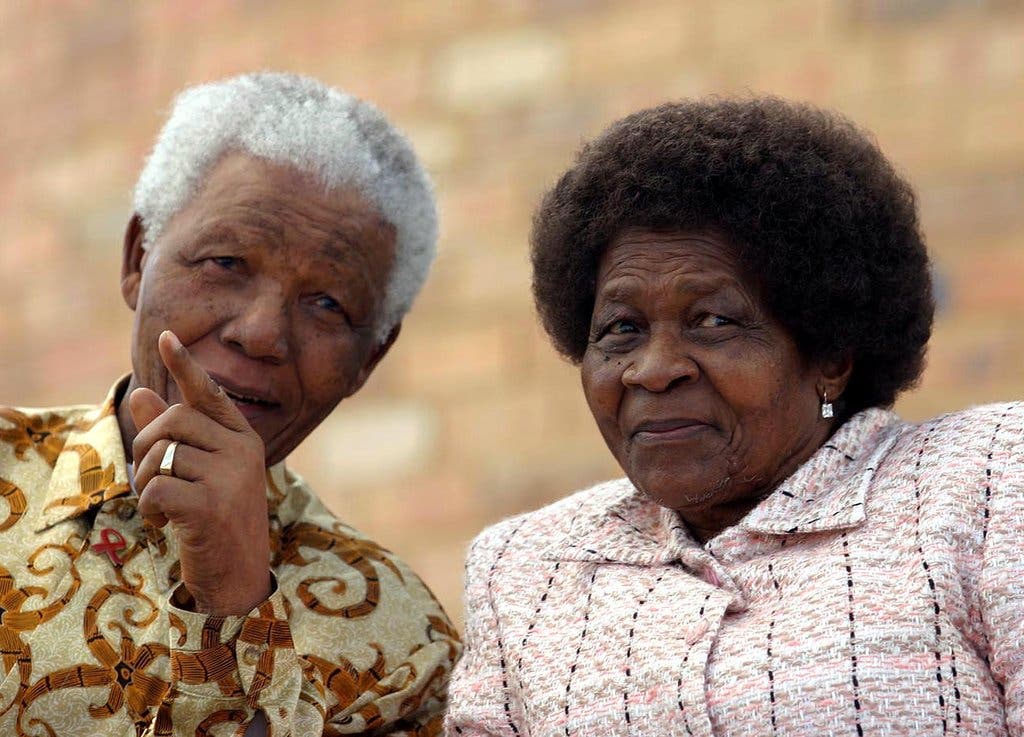 Albertina Sisulu was a South African politician and nurse known for her anti-apartheid activism. Sisulu was born Nontsikelo Thethiwe on October 21, 1918 in Tsomo, Eastern Cape province, formerly a part of Transkei, then a British protectorate but later an autonomous region reserved for Xhosa people by the anti-apartheid government, until its dissolution in 1994. Her parents owned a small farm in Xolobe (also in Eastern Cape). Her father died when she was 11 and because her mother never fully recovered from the Spanish flu, Sisulu took on the role of a caretaker as the eldest daughter of five children.

Thethiwe took on the name Albertina while attending a Presbyterian mission school. In 1936, she won a scholarship to attend high school at Mariazell College in Matatiele, Eastern Cape Province. While there she converted to Catholicism and considered becoming a nun. However, Father Bernard Huss at Mariazell advised her that she would not be able to support her family in Xolobe because nuns earned no salary. Instead, he encouraged her to pursue a career in nursing. She left to train as a nurse at Johannesburg’s Non-European Hospital in 1940 and took up a job as a midwife in 1946.

In 1941, Thethiwe met Walter Sisulu, a lawyer and committed anti-apartheid activist who worked alongside Nelson Mandela in the African National Congress (ANC). They married in 1944 with Mandela serving as best man in the ceremony. The couple had five children and adopted four others.

In 1948, Sisulu joined the ANC Women’s League and participated in introducing the Freedom Charter, a statement of core principles of the anti-apartheid movement. In 1956, Sisulu was arrested and detained for three weeks for participating in a march of 20,000 women to the Union Buildings of Pretoria to protest the government’s pass laws. She was again arrested and jailed for three months in 1963 and spent over half of her time in solitary confinement before being released. In June 1964, her husband was found guilty of treason and sabotage. He was imprisoned alongside Mandela on Robben Island until October 1989.

In 1984, Albertina Sisulu became co-president of the United Democratic Front (UDF), a political party and in 1989, she led a UDF delegation overseas, meeting former British prime minister Margaret Thatcher and former United States president George H.W. Bush. In 1994, she was elected and served four years in the first democratic parliament of South Africa. At the first meeting of that parliament, Nelson Mandela was appointed as President of the Republic of South Africa. From 1993 to 1996, Sisulu served as president of World Peace Council in Basel, Switzerland, recruiting nurses to work in Tanzania. Sisulu continued to perform community work under the Albertina Sisulu Foundation and alongside Mandela. In 2003, she opened the Walter Sisulu Paediatric Cardiac Centre for Africa in Johannesburg.

Albertina Sisulu died suddenly in her home in Linden, Johannesburg on June 2, 2011, at the age of 92. Former South African president Jacob Zuma announced that she would receive a state funeral and that the national flag would be flown half-staff until the day of her burial. In 2013, the R24 Route in Gauteng, Johannesburg was named after her, and 2014 the City of Ghent in East Flanders, Belgium, named its new bridge over the Scheldt river “Albertina Sisulubrug” (Albertina Sisulu Bridge).