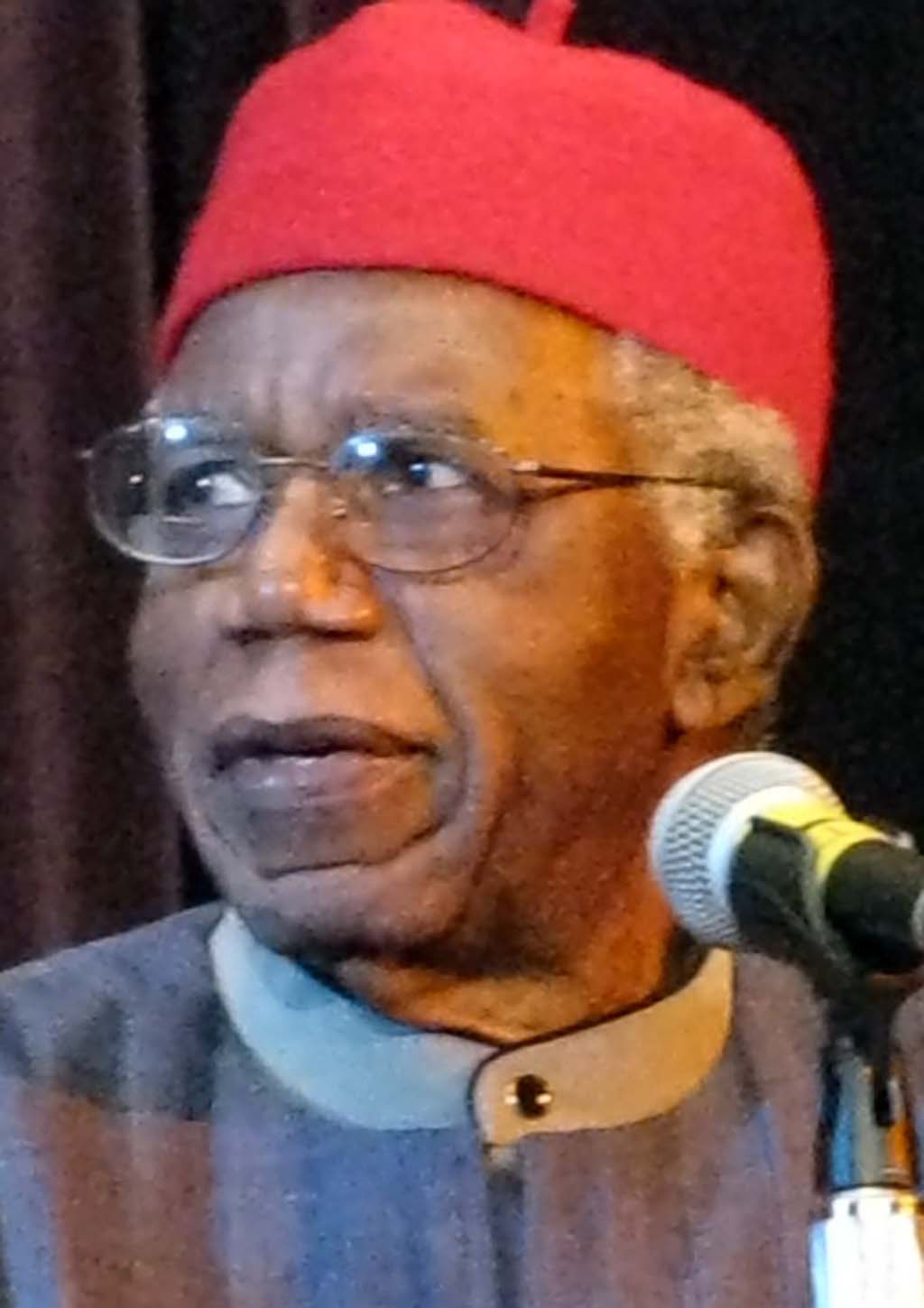 Chinua Achebe of Nigeria was one of the most famous 20th Century African writers.  He published his first novel Things Fall Apart in 1958 and has since published four more novels and a series of short stories, essays, and other literature.  Much of Achebe’s work focuses on the themes of colonialism, post-colonialism, and the tumultuous political atmosphere in post colonial Nigeria.

Albert Chinualumogu Achebe was born on November 16, 1930 at St. Simon’s Church, Nneobi, Nigeria to a father who was a Christian teacher and missionary.  Achebe was very heavily influenced by his native Igbo culture in Eastern Nigeria as well as his father’s desire for all his children to earn their education. Throughout his schooling Achebe was consistently at the top of his class and twice completed two grades within a year. In 1948 Achebe began his university career by attending University College in Ibadan which was affiliated with the University of London (UK).  While at University College, Chinua Achebe switched his major from Medicine to English and History.

Chinua Achebe graduated in 1954 and left to teach at the Merchant of Light School in Eastern Nigeria.  After four months he was offered and accepted a job at the Nigerian Broadcasting Service as the senior broadcasting officer of the Eastern Region.  It was during this time that his first novel was published.  Achebe also met his future wife, Christie Chinwe Okoli, a co-worker at the Nigerian Broadcasting Service.  The two married September 10, 1961.

In October of 1960 Nigeria claimed its independence from Great Britain.  Around the same time, Achebe published his second novel, No Longer at Ease.  Achebe became the editor for the African Writers Series in 1962 and published his third novel, Arrow of God, in 1964. By that point regional and ethnic tensions began to push Nigeria toward civil war.  The 1964 national census was disputed and election results were manipulated.  Soon after the disputed census and election, the first two coups in Nigerian history occurred as Army officers deposed the civilian government and then each other. Achebe’s fourth novel, A Man of the People, explored these rapidly evolving developments in Nigerian society

In 1987 Achebe published his last novel, Anthills of the Savannah.  Three years later he was paralyzed from the waist down in a car accident in Lagos, Nigeria.  Chinua Achebe died in Boston on March 22, 2013.  He was 82.