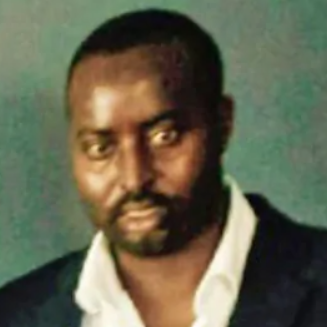 On July 24, 2016, 37-year-old Somali-Canadian Abdirahman Abdi was beaten outside of his home in Ottawa, Canada by constables Dave Weir and Daniel Montsion. His subsequent death sparked multiple Black Lives Matter protests in the Canadian capital and the formation of the Justice for Abdirahman Abdi Coalition.

Abdi and his family arrived as refugees from Ethiopia in 2009 and moved into the gentrifying Hintonburg neighborhood in Ottawa. Acclimating to a different culture proved difficult. Abdi attended Adult High School and held a temporary job at a local car wash prior to his brief marriage. Despite his difficulties, he was always kind to others. Throughout his short life, however, he suffered from mental illness and drug addiction.

On July 24, 2016, management of the Hintonburg Bridgehead Coffee Shop called 911 after a female customer accused Abdi of groping her. Two men restrained him outside the store, as a larger group gathered to prevent him from fleeing.

After the police arrived, Abdi ran for 300 meters to his home in a building operated by the Ottawa Community Immigrant Services Organization. The initial officer, Dave Weir, was backed up by Officer Daniel Montsion of the Direct Action Response Team (DART).

Neighbors witnessed Abdi calling for help in Somali as he attempted to enter the building. At this point, Weir made initial contact and a physical altercation between Abdi and both Constables erupted. Moments later, Abdi was pepper sprayed, struck with a baton, and kicked and punched until he was lying face down on the concrete.

Both officers continued to strike Abdi, causing bruising, a broken nose, and several broken bones, all the while restraining his arms behind his back. He lost consciousness as neighbors, family, and friends watch helplessly. Both Constables then attempted to administer aid until paramedics arrived.

Abdi was declared dead the following day. According to the attending doctor, Abdi had passed away 45 minutes before arriving at the hospital. His autopsy revealed that he had an undiagnosed heart condition and was possibly in a psychotic state at the time of his death, due to not taking his medications for mental illness. Based on this evidence, Abdi’s family is seeking financial restitution.

On July 29, 2016, Abdi was laid to rest at a local mosque. His funeral was attended by protesters and local politicians, including Ottawa Mayor Jim Watson. This was followed by a march by Black Lives Matter and the recently-formed Justice for Abdirahman Abdi Coalition that works to address racism, police issues, and mental health awareness in Ottawa.

After an investigation, Officer Dave Weir was cleared of all charges. On March 6, 2017, the Special Investigations Unit concluded that Constable Montsion should be charged with manslaughter, aggravated assault, and assault with a weapon.

Today, a bronze plaque is on the brick wall only a few steps from where Abdi died: “O you who believe, persistently stand out firmly for justice as witnesses to God, even if it be against yourselves, your parents, or your relatives, be they rich or poor….”