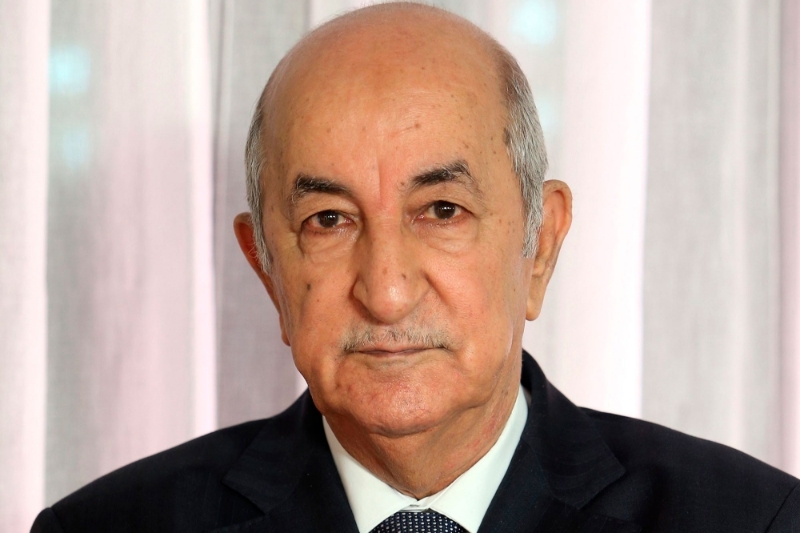 The current president of Algeria is Abdelmadjid Tebboune who was born on November 17, 1945 in Mecheria, Algeria. His father was a sheikh and soldier. As a young man, Tebboune studied in an Islamic school controlled by the Association of Ulema in Sidi Bel Abbes. In 1969 Tebboune graduated from the National School of Administration in Hydra, Algeria.

Tebboune started a career in politics and administration after his 1969 graduation. During the two decades that President Abdelaziz Bouteflika was in power, Tebboune rose in the ranks of the party and government administration. Between 1999-2001 he was Minister of Culture and Communications. In 2000-2001 he served as Minister of Local Government. He headed the Ministry of Housing and Urban Planning between 2001-2001. In 2012 he was appointed Minister of Housing. On May 24, 2017 Tebboune was appointed Prime Minister but he only held that position for three months.

President Bouteflika had been ill for several years. He suffered at least one stroke and for the last few years had not been seen in public. Many people in the country were unhappy with this situation and a movement arose pushing for government transparency, greater freedoms, and democratic reforms. Protests were held throughout Algeria; peaking in 2019 when Bouteflika announced he would be seeking another term in office. Most Algerians felt the upcoming election would not be fair and that his re-election would be a fait accompli. Protests rocked Algeria. On April 2, 2019 Bouteflika resigned the presidency.

Tebboune was selected as the candidate for president by Bouteflika’s party. He was considered to be loyal to the party and the Algeria elite. On December 12, 2019 Tebboune was inaugurated as President following an election in which he won 58% of the vote in which less than 40% of the electorate participated.

Tebboune promised political reforms, economic revival and diplomatic engagement to Algerians. A new constitution was written and presented to the population for approval. The referendum was marked by the lowest voter turnout in Algeria’s history. Despite winning the confidence of no more than 24% of the electorate, the new constitution put in place the legal framework for significant shifts. A new Algerian parliament was elected on June 12, 2021 with the votes of 30% of Algerians. The local leadership did not change much, however, as many former politicians won once again.

Economic changes have been difficult for Tebboune to implement due to endemic corruption and a self-serving bureaucracy. Algeria’s reliance on oil revenues which are highly volatile have made it difficult to diversify the economy. The COVID-19 pandemic has also made economic change difficult as revenue has been used to alleviate the suffering caused by the pandemic. In February 2022 Tebboune announced that unemployment benefits would be paid to all unemployed including young adults who had yet to find employment.