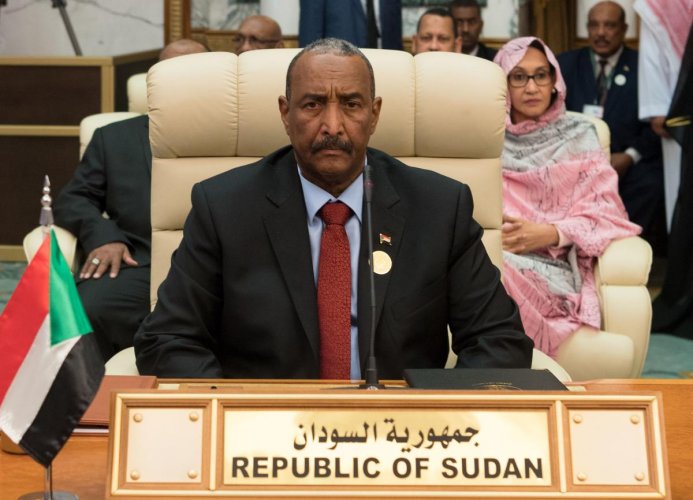 Abdel Fattah al-Burhan, the current ruler of Sudan, was born on July 11, 1960, in Gandatu, Sudan. He was educated in local schools and joined the military as a young man. He rose through the ranks and in the early 2000s he was posted in the Darfur region as a senior commander fighting the rebels. He also worked with the leader of a paramilitary group, Mohammed Hamdan Dagalo (known as Hemedti), coordinating joint actions against the Darfur fighters. In 2015 al- Burhan oversaw the Sudanese troops fighting in Yemen’s civil war on behalf of the Saudi-backed faction. In 201,8 after receiving military training in Jordan and Egypt he was appointed Chief of Staff of the Sudanese army.

In December 2018 the government of Omar Bashir, who had been in power for 30 years, announced austerity measures. The currency was devalued and the price of bread tripled. Protests against these measures convulsed the country. They quickly turned political; calling for elections and basic freedoms. All segments of society were represented among the protesters. The government’s response was repression, force, and curfews. This did not deter the protesters. Protests continued sporadically over the next few months.

On April 11, 2019, the Sudanese army acted. President Bashir was arrested and Abdel Fattah al-Burhan was chosen to head the transitional military council with Mohammed Hamadan Dagalo as vice-chair. Despite the removal of Bashir, many protesters felt military and senior figures in Bashir’s regime remained in control of the country. Sporadic protests continued against the new government. On June 2, 2019 security forces along with Hemedti’s Rapid Support Forces paramilitary attacked protesters in Khartoum who were demanding elections. Over 100 protesters were killed and dozens of women were raped.

In August 2019 a Sovereign Council was established to appease the protestors. The council was composed of military and civilian leaders to jointly rule Sudan and prepare the country for a return to civilian rule and national elections in 2023. Al-Burhan was selected as the head of the council. A civilian, Abdallah Hamdok, was appointed Prime Minister on August 21.

Tensions between the civilian and military authorities reached a climax in October 2021. Hamdok was kidnapped on October 25th and the military took complete control of the government. International pressure on the Sudanese military and pro-democracy protests within Sudan led to the announcement on November 21, 2021, that all political prisoners were to be freed and Hamdok was freed and reinstated in power. Hamdok’s efforts at reform, however, were stymied by the military causing him to resign as Prime Minister on January 2, 2022.

Al-Burhan, the military, and the Rapid Support Forces are now in control. Since the coup, the U.S., the World Bank, and the International Monetary Fund have halted the flow of nearly $1.5 billion in aid to Sudan. The currency is in freefall and the official inflation rate is 260%. Nine million of the forty-four million Sudanese faces acute hunger. A United Nations official recently reported, “Unless the current trajectory is corrected the country will head towards an economic and security collapse and significant humanitarian suffering.”

“Sudan strongman is seen as an insider with powerful allies,” https://apnews.com/article/sudan-who-is-abdel-fattah-burhan-3f2d4d660fabf1b526f09f04808af7c8; “Factbox: the general who led the Sudanese coup,” https://www.reuters.com/world/africa/general-who-led-sudanese-coup-2021-10-26/; “Sudan faces collapse three years after the fall of its dictator,” https://www.economist.com/middle-east-and-africa/2022/04/09/sudan-faces-collapse-three-years-after-the-fall-of-its-dictator; “Hemedti: the feared commander pulling the strings in Sudan,” https://www.theguardian.com/world/2019/may/29/hemedti-the-feared-commander-pulling-the-strings-in-sudan.